The Thomas H. White House (M:16/17), 21820 Club Hollow Road, Poolesville, was one of the original resources included in the Locational Atlas and Index of Historic Sites when it was created in 1976.

On December 5, 2019, the property owner filed a demolition permit for the historic dwelling. The house has partially collapsed and is unsafe to enter. Under §24A-10 of the Montgomery County Code, Locational Atlas individual sites may only be demolished or substantially altered following a determination by the Planning Board that the resource will not be designated in the Master Plan for Historic Preservation.

In response to the proposed demolition, Historic Preservation staff assessed the Thomas H. White House and determined that it fails to meet the historic preservation designation criteria outlined in §24A-3 of the County Code.

On November 13, 2019, the Historic Preservation Commission held a public hearing on the property and unanimously recommended that the Planning Board remove the resource from the Locational Atlas.

On February 6, 2020, the Planning Board held a public hearing in order to make a finding on the significance of the Thomas H. White House. The Board determined that the property does not warrant designation to the Master Plan for Historic Preservation and should be removed from the Locational Atlas.

The house and farm are associated with the locally influential White family, who owned the land for nearly 100 years. The property was first purchased in 1856 by Thomas H. White’s father, Joseph C. White, a prominent local planter active in the Medley’s District Agricultural Society. Like many of their neighbors, several generations of the White family relied on an enslaved workforce to farm their land.

Thomas H. White was born in 1831 and likely moved to this property in the mid-nineteenth century, following his marriage to Mary Gott in 1855. By 1860, the U.S. Census shows the couple living with four children and three enslaved people: two 15 year-old-boys and a 22-year-old woman.

In 1862, Thomas White and his brother fled Maryland to fight for the Confederacy amid a local outpouring of Southern sympathy. He was captured in 1863 and held as a prisoner of war until 1865. White returned home and lived in this home until 1897, making several additions over time as the household expanded. When White lost the property for defaulting on a mortgage, it was purchased by his older brother’s widow, Huldah A. White, and passed to her granddaughters. It fell out of the White family’s ownership in April 1942.

The site includes a mid-to-late 19th century farmhouse with several surviving outbuildings. The dwelling consists of the original two-story, three-bay, side-gabled frame house and the collapsed debris from an addition to the west elevation. Two wings that once abutted this addition to the west have been removed. The house has been heavily altered and is in poor condition. 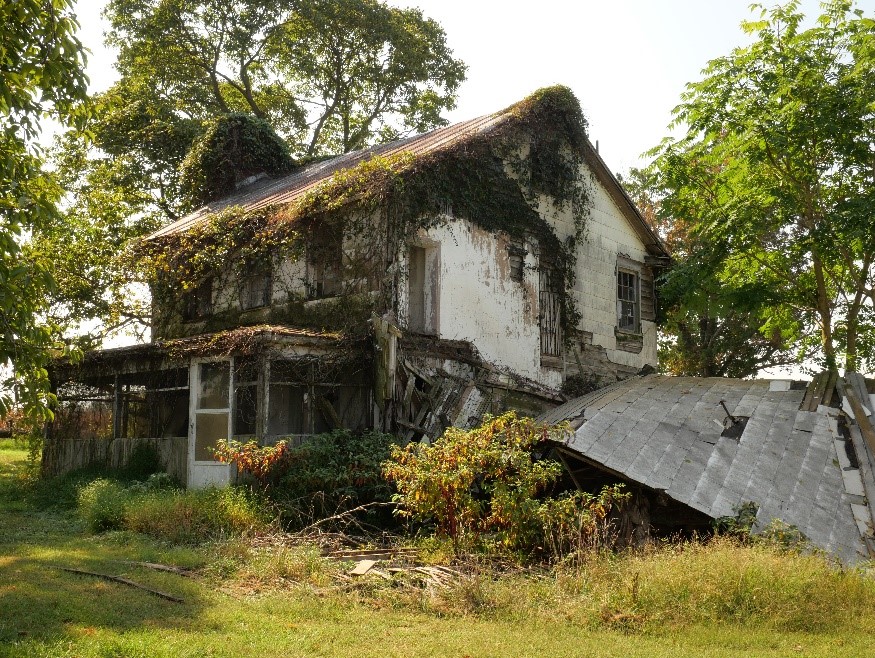 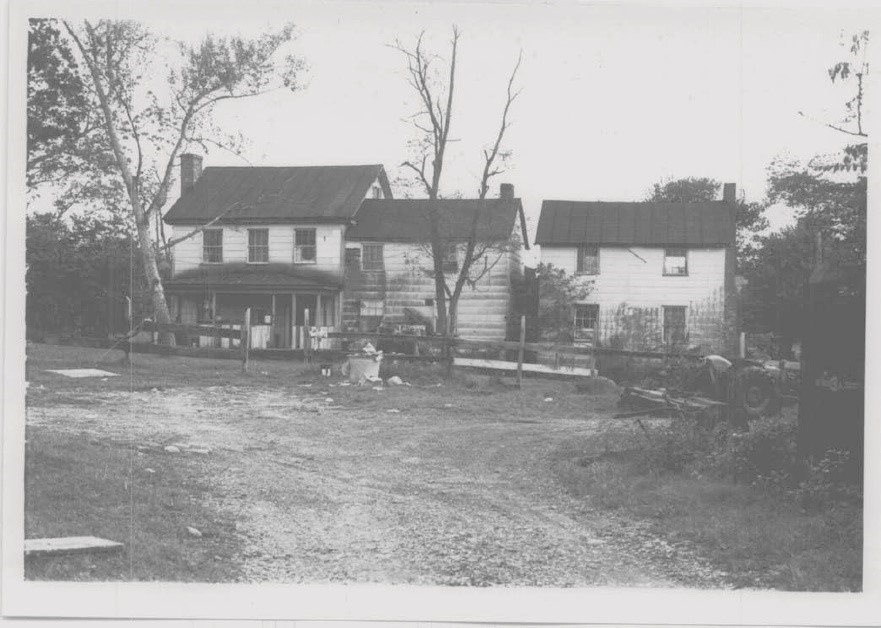 The earliest available photograph of the Thomas H. White House shows the property in 1973