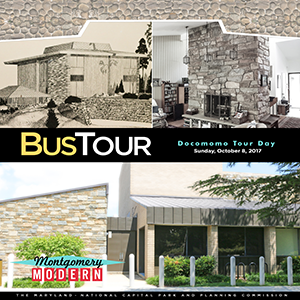 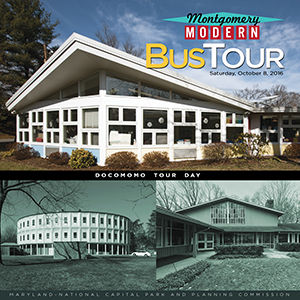 This bus tour explored the Montgomery County work of Deigert and Yerkes, a leading modernist architecture firm in the Washington, DC area, best known for the National Arboretum Administration Building.  Operating from 1947 to 1967, the partnership of Robert Campbell Deigert and David Norton Yerkes, created distinctive designs with variety in materials and textures, surprising angles, and contrasting spaces.

On October 11, 2014, Montgomery Planning’s Historic Preservation Office invited the community to pedal around mid-century neighborhoods and landmarks and learn more about Montgomery Modern. 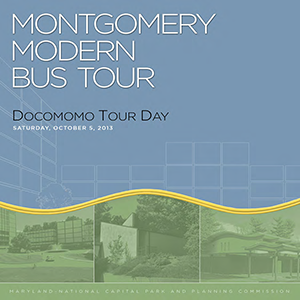 This tour provided an opportunity to experience firsthand some outstanding examples of mid-century modern architecture in Montgomery County, Maryland. Featured are a range of projects that include residential neighborhoods, a custom home, community buildings, and corporate headquarters by nationally known architects and accomplished local practitioners. The October 5 bus tour was a program of the Historic Preservation Office’s Montgomery Modern initiative in partnership with the AIA Potomac Valley Chapter, a Docomomo Tour Day event.

View the interactive tour map or download the PDF map

Purchase Your Copy of the Montgomery Modern Book