The historic value of the mid-century era — the 1940s through the 1960s — has, until recently, been largely overlooked. Now, as these buildings and communities have matured and are over 50 years old, we have begun to appreciate their historical cultural and architectural significance. As result of a more complete understanding of these resources, decision-makers may find some of these resources appropriate for historic preservation.

Planners want to help raise the public’s understanding of – and appreciation for – these buildings and communities developed during a time of tremendous growth in Montgomery County. 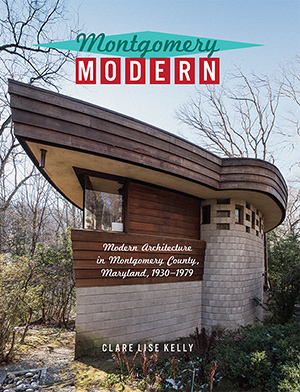 The Montgomery Modern book is a chronicle of mid-century modern architecture in Montgomery County.  This illustrated reference guide includes an inventory of key buildings and communities, and biographical sketches of practitioners including architects, landscape architects, planners and developers. Author Clare Lise Kelly was awarded the 2015 Paul H. Kea medal for architectural advocacy by the American Institute of Architects (Potomac Valley Chapter).

Copies of the book can be purchased online:
A hard cover copy costs $65 and a paperback costs $55.
Now available in Kindle e-book, $14.99.

“…Clare Lise Kelly and the county planning agency of which she is a part deserve recognition for providing a detailed, insightful guide to this rich legacy. Montgomery Modern is a pioneering book of its kind…” Read more. 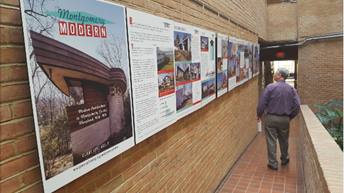 Resources for Conservation of Modern Architecture and Furnishings in Montgomery County

Purchase Your Copy of the Montgomery Modern Book