View an interactive map about the Pike District Connector 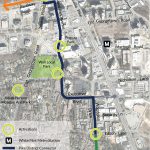 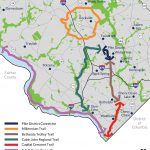 Stay up-to-date with the latest news and information about the Advancing the Pike District project.