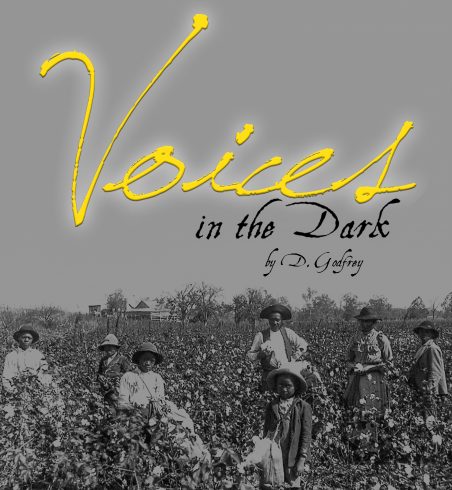 SILVER SPRING, MD –The Maryland-National Capital Park and Planning Commission is celebrating Black History Month with a stage production that is written, staged and performed by its staff. Two performances of Voices in the Dark will be held at the Clarice Smith Performing Arts Center at the University of Maryland on Friday, February 3 at 2 p.m. and 7 p.m. Tickets cost $10 each and admission is free for M-NCPPC employees. For details, go to .

The February 3 performances of Voices in the Dark at the University of Maryland will be the first opportunity for the public to experience the play.

“We are so proud to present Voices in the Dark to a public audience for the first time,” says Elizabeth M. Hewlett, chair of M-NCPPC. “Our staff has worked so hard on every aspect of this production, from the writing and directing to the costumes and scenery. This play presents a moving walk through history in a way that touches us and makes us think about the meaning of freedom for all Americans.”

Background on Voices in the Dark

The play is inspired by the Slave Narratives, a research project conducted by the Library of Congress in the 1930s. Born in Slavery: Slave Narratives from the Federal Writers’ Project, 1936-1938 contains more than 2,300 first-person accounts of slavery and 500 black-and-white photographs of former slaves. These documents were collected as part of the Federal Writers’ Project of President Franklin Roosevelt’s Works Progress Administration.

In 1941, the edited transcripts were assembled and microfilmed as the 17-volume Slave Narratives: A Folk History of Slavery in the United States from Interviews with Former Slaves. From 2000 to 2001, the Library of Congress digitized the narratives from the microfilm edition and scanned 500 photographs, including more than 200 that had never been made publicly available. M-NCPPC staff member Darrell Godfrey drew on this information to write Voices in the Dark and staged the play in 2016 for an audience of Commission employees at the AFI Black Box Theater in Silver Spring.

The February 3 performances of Voices in the Dark will launch the M-NCPPC’s continuing celebration of Black History Month. A staff event will be held every Friday in February, including a presentation by Evelyn Brooks Higginbotham, National President of the Association for the Study of African American Life and History.

For more information about Voices in the Dark, contact writer/producer/director Darrell Godfrey of the Montgomery Planning Department at Darrell.Godfrey@montgomeryplanning.org and tel. 301-495-2163.