This Minor Master Plan Amendment looks at ways to realize the many public benefits of an alternative design for the Bethesda Purple Line Station that the Maryland Transit Administration (MTA) is developing.

The final Approved and Adopted Plan Amendment document will be available after adoption by the full Planning Commission. Also after adoption, the Planning Board will file a Sectional Map Amendment with the County Council to change the zoning maps to reflect the new zones.

The new designs are still being refined, but see the latest below! 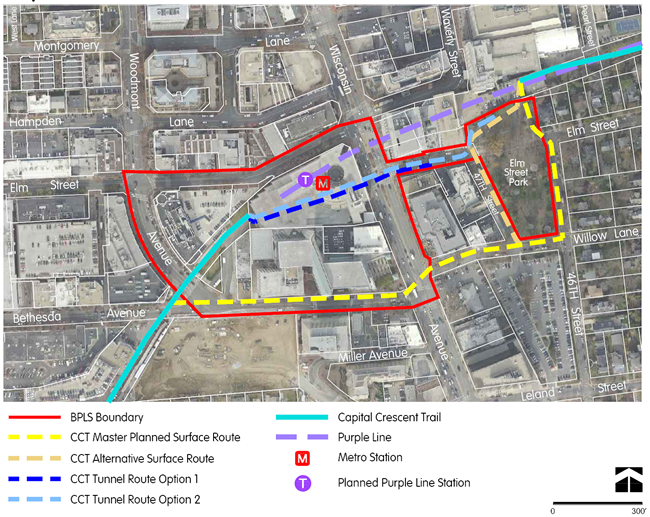 Planning Department and MTA staff have prepared image boards and handouts for the Open Houses:

What about the Bethesda CBD Plan?

This Minor Master Plan Amendment is looking at the recommendations of the 1994 Bethesda CBD Sector Plan for the area immediately around the Purple Line Station. The Planning Department is also beginning a separate update to the 1994 Plan that will look at Downtown Bethesda and address a broad range of issues.  See the Bethesda Downtown Plan page.