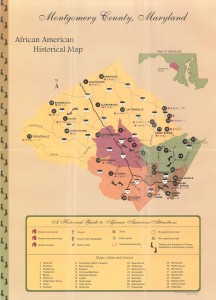 But alongside planatations, the County’s Sandy Spring Quaker community freed its slaves in 1770, conveying to them land for a church and dwellings. Sandy Spring would also become a key stop on the … Continue reading 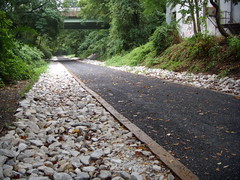 As a part of the Purple Line, Montgomery County will fund upgrades to the Capital Crescent Trail between Bethesda and Silver Spring. Tomorrow, the Planning Board will hear recommendations from its transportation planning staff about several issues facing the trail. After hearing testimony, the Planning Board will send recommendations to the Montgomery County Council.

The current design from the Maryland Transit Administration includes a number of improvements to the trail. The upgraded trail will be expanded to 12 feet wide, where  feasible, and paved. Additionally, the trail will be extended from its current terminus at Lyttonsville 1.5 miles farther east to Downtown Silver Spring. New overpasses or underpasses will be provided over Connecticut Avenue, Jones Mill Road, 16th Street, … Continue reading