Montgomery County is one of the most desirable places to live and work in the United States. However, like many other places in the country, we are facing new and different issues and trends. This includes weak wage and job growth, persistent racial and economic inequities, demographic and cultural shifts, technological innovation, and climate change. Some of these issues have been reinforced, or even created, by our past public and private plans and actions.

As we finalize the update to the county’s General Plan, Thrive Montgomery 2050, it is important that we reexamine the county’s planning history to become a more equitable, sustainable, and resilient community. Let’s take a walk through the county’s past 245 years:

Originally part of Frederick County, Montgomery County became a separate jurisdiction in 1776. It was cultivated as farmland and, despite periods of soil depletion, farming continued to be its main commerce for close to 200 years. According to the 1964 General Plan, in 1961, the chief source of farm income in Montgomery County was from dairy products, while Tobacco was the chief farm product in Prince George’s County.

The beginning of the county’s suburbanization

In the 1930s and 1940s, the county attracted a large group of newcomers from across the country to work in the federal government’s New Deal programs. They settled in the new housing developments in the down-county areas close to Washington, DC. The first suburban subdivisions in Silver Spring and Chevy Chase in the 1920s and 1930s used redlining and racial covenants prohibiting African Americans and other racial and religious groups from purchasing land or homes. A development pattern of segregation in the form of exclusive single-family zoning, unfair banking and lending practices, unequal public investment in schools, parks and other public facilities continued even after the passage of the Fair Housing Act of 1968 and the Community Reinvestment Act of 1977 to end these practices.

In 1948, Montgomery County was the first county in the State of Maryland to be granted home rule, which shifted the local political power from the Maryland General Assembly to the county.

The 1964 General Plan defines a clear vision for the county

The cover of the first General Plan for the Maryland-Washington Regional District, which covered only 294 square miles in Montgomery and Prince George’s counties (dark blue area).

The region’s post-World War II employment growth spurred a significant subdivision activity in the county during the 1950s and 1960s. The Maryland-Washington Regional District—the official name of the M-NCPPC’s planning jurisdiction at the time—completed the first General Plan in 1957. This included parts of Montgomery and Prince George’s counties. 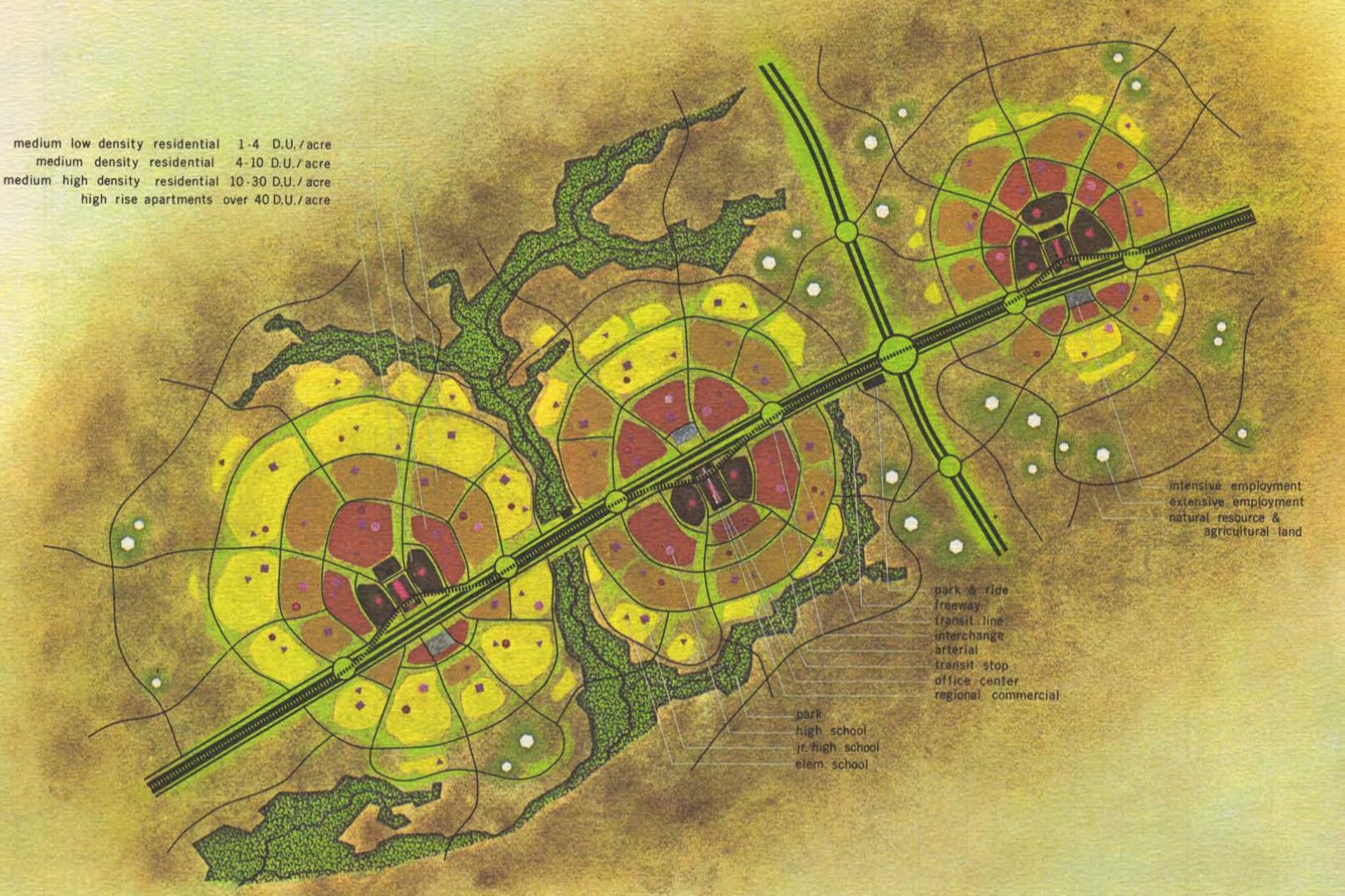 Corridor cities, as imagined by the 1964 Plan, were similar in some ways to the Complete Communities idea in the Thrive Montgomery 2050 Plan.

The 1970s began with the ap­proval of the Metro system; the coordination of planning for Metro; the establishment of Montgomery County’s four Central Business Districts (Bethesda, Friendship Heights, Silver Spring, and Wheaton); the elimination of several major transportation improvements called for in the 1964 General Plan (the Outer Beltway, the Northern Parkway and the extension of Metrorail along Route I-95); adoption of the Moderately Priced Dwelling Unit (MPDU) law; and the Adequate Public Facilities Ordinance (APFO). During the 1970s the county’s funding priorities went to Metrorail and Metro-related access roads, while numerous other road projects were cancelled or delayed due to two recessions and citizen opposition. In 1978, the first Metrorail station in Montgomery County opened in Silver Spring.

The building boom of the 1980s

The 1980s started with the creation of the Agricultural Reserve, the first of its kind in the country, and the first comprehensive Erosion and Sediment Control and Stormwater Management requirements in the county code. In this decade, the county saw the first efforts to revive downtown Silver Spring and the start of the county’s biomedical industry. Recognizing that academic institutions are integral to successful biotech communities, the county created a 288-acre park called Shady Grove Life Sciences Center. The county zoned the land for bio-medical research and development, and donated land and funds in the Life Sciences Center to Johns Hopkins University and the University of Maryland.

In 1986, concerned about too much development being approved during the building boom of the 80s, the Montgomery County Council enacted an Annual Growth Policy (AGP) for the County. Since then the Council has used AGP, now called the Growth and Infrastructure Policy, to direct the Planning Board’s administration of the APFO. At the same time, the county established an impact tax structure for Germantown and Eastern Montgomery County, which was expanded to Clarksburg in the 1990s, and to the entire county in 2002. These impact taxes were collected for transportation projects until 2003, when the Council approved a separate development impact tax for schools.

The revitalization of downtown Silver Spring

Planning for the revitalization of downtown Silver Spring started in the 1980s but took off in the 1990s. The 2000 Silver Spring Sector Plan created the blueprint for the revitalization of downtown core into a mixed-use walkable place. It required significant public investment such as the restoration of the Silver Theater, and attracted private development including the Discovery Communications headquarters and other residential and commercial developments. It is a great success story of the 2000s, which established Montgomery County as a leader in mixed use, transit-oriented development.

The success of Silver Spring in the 2000s was followed by another ambitious public-private partnership to revitalize White Flint in the 2010s. The implementation of Purple Line and a network of bus rapid transit (BRT) corridors starting in the 2020s is another milestone in the county’s evolution from farming to a suburban bedroom community to a more urban and diverse place of more than a million people.

Planning for the county’s next 50 years

Montgomery County is growing more slowly than in past decades, but our population is still projected to increase by about 200,000 people over the next 30 years. Disruptions from climate change, pandemics, automation, artificial intelligence, inequality, and economic changes at the regional, national, and global scale require us to rethink about the way we live and work. We face daunting challenges, but we can draw on our enviable human and physical resources. Through the update to the General Plan, Thrive Montgomery 2050, we can embrace new realities, address historic inequities, and shift the way we plan our communities to be more equitable, resilient, and sustainable. 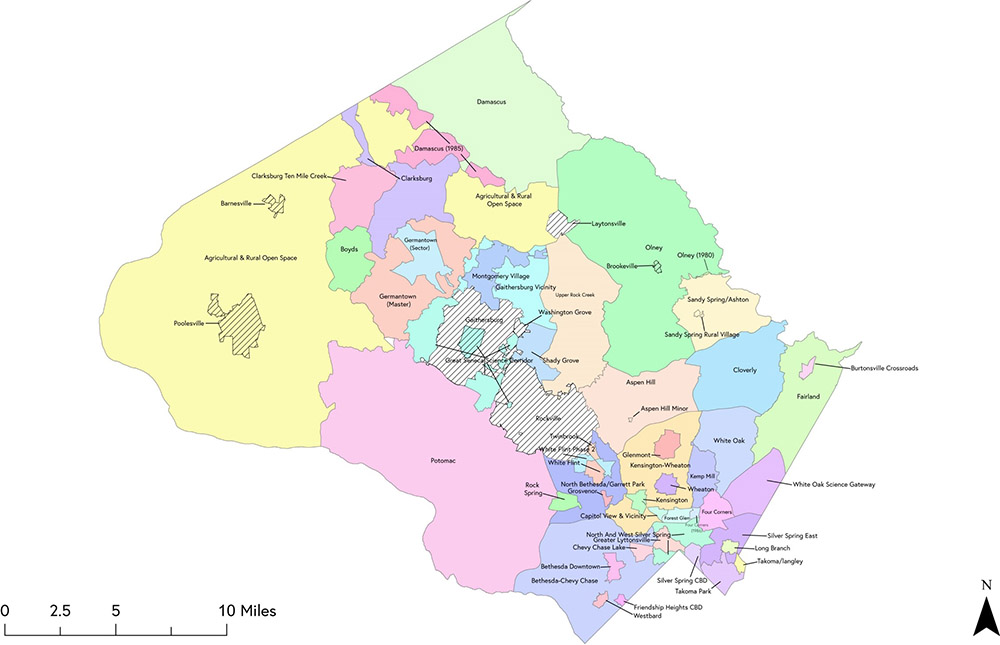 Montgomery County has always responded to development pressures by adjusting its land use framework and creating new, and updating its existing, master plans. Today there are more than 60 local area master pans and county-wide functional master plans. 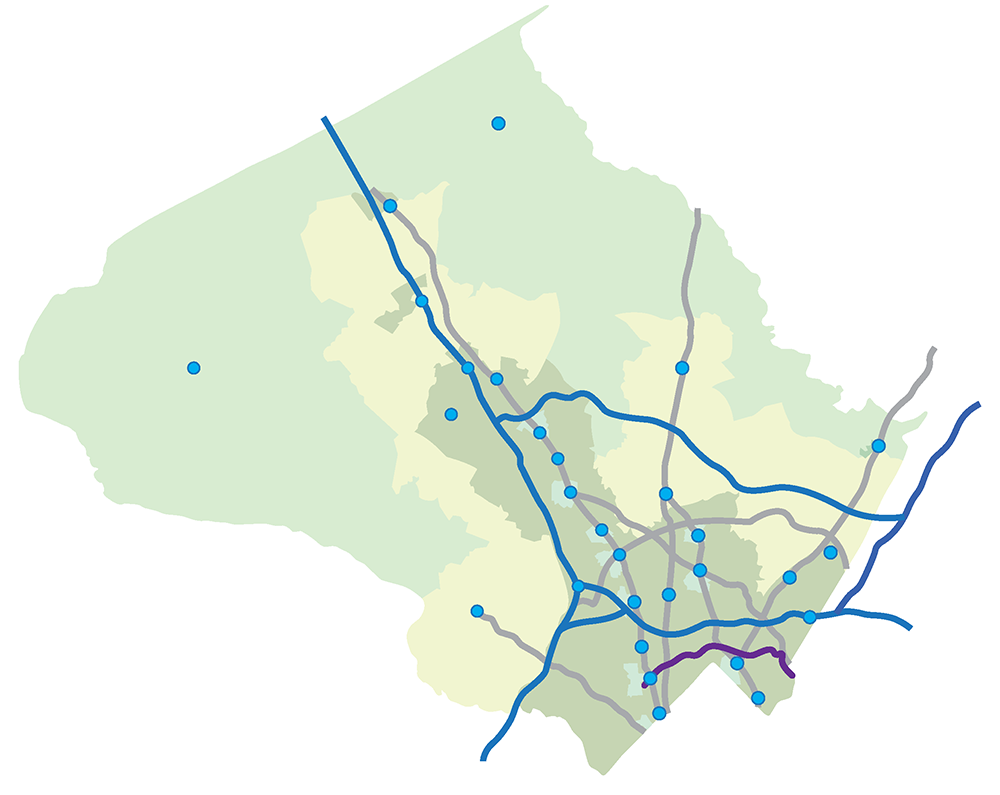 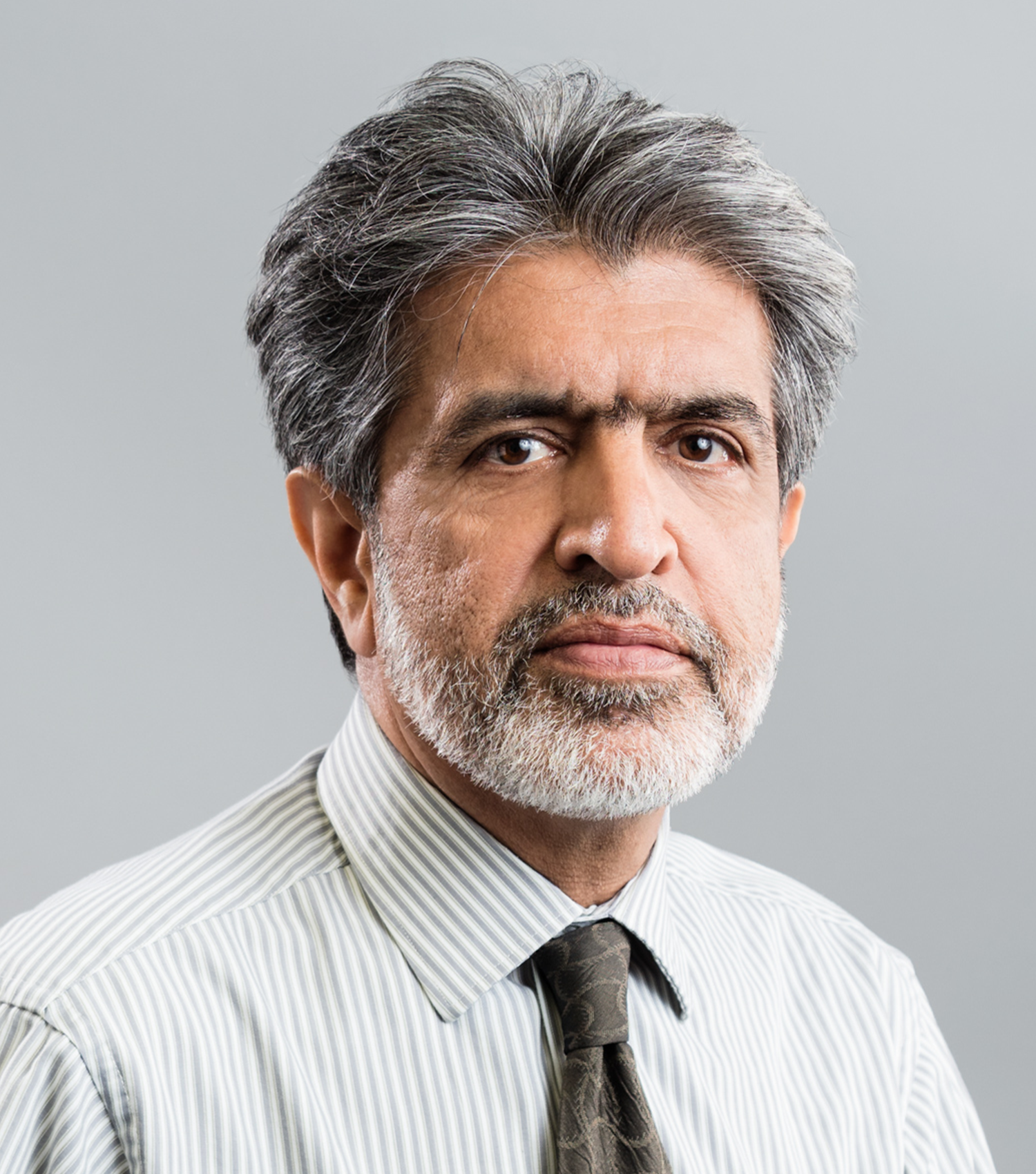 About the author
Khalid Afzal is the co-project manager for Thrive Montgomery 2050. He has been with the Montgomery County Planning Department for more than 20 years working as a land use planner and an urban designer in both the regulatory and long-term planning sectors.