On a busman’s holiday, I had a chance to bicyle around Palm Beach and noticed that, not surprisingly, the one percent get some pretty nice urban design.

But what is surprising is that whether you’re in the one percent or the 99 percent, the bones are the same. Palm Beach’s Worth Avenue was created very much the way Federal Realty does a Bethesda Avenue or Foulger Pratt does an Ellsworth Avenue.

Worth Avenue, Bethesda Avenue, and Ellsworth Avenue are all parallel or perpendicular to the main traffic artery. You get onto Palm Beach island via Royal Palm Way, a spectacularly landscaped boulevard with green median and four travel lanes. But make no mistake, shopping and strolling are a few blocks to the south on the much more intimately scaled Worth Avenue. The same bones are in Bethesda and Silver Spring; the car traffic is out on Wisconsin and on Georgia.

And it points out a lost opportunity in Friendship Heights (which has the bones and the money). Friendship Boulevard and Jennifer Avenue run parallel to busy Wisconsin Avenue, but are lined with parking lots and loading docks instead of using them to create a retail enclave conducive to strolling and cafe lingering.

Furthermore, Worth Avenue’s little piazzas and mid-block connections seem to be the accreted decisions of varied builders over time. 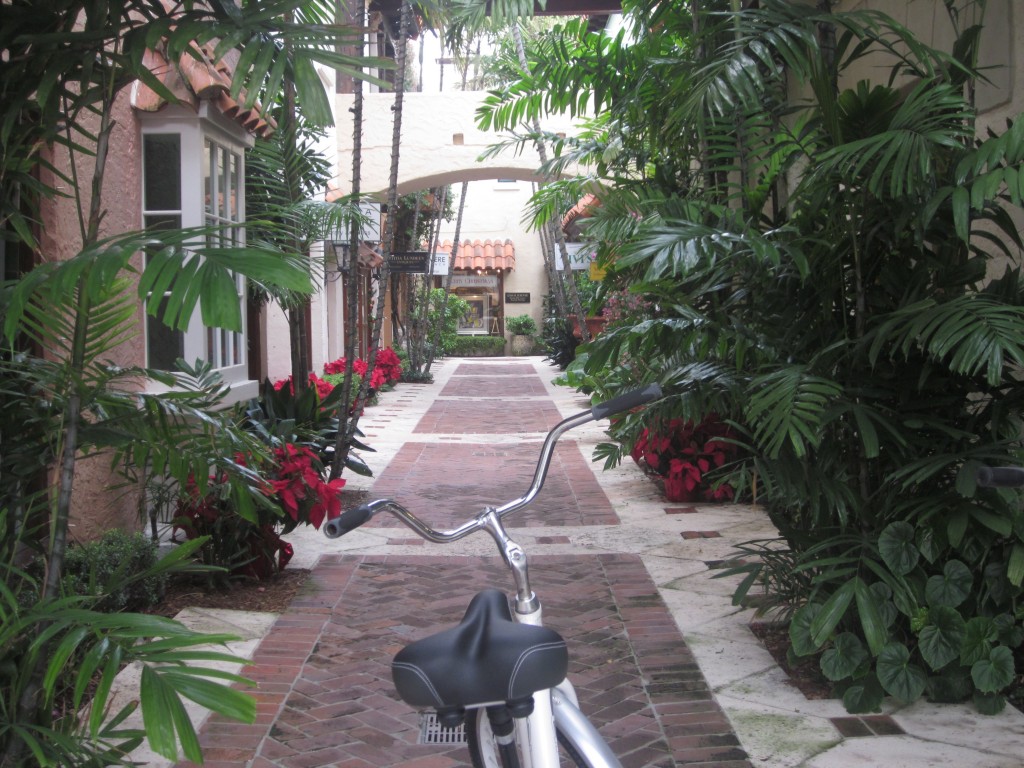 let's see where this leads!

It is, in fact, a real estate development created out of assembled properties, just the way our CBD zoning encourages assembly by offering optional method density increases for sites over 20,000 square feet. 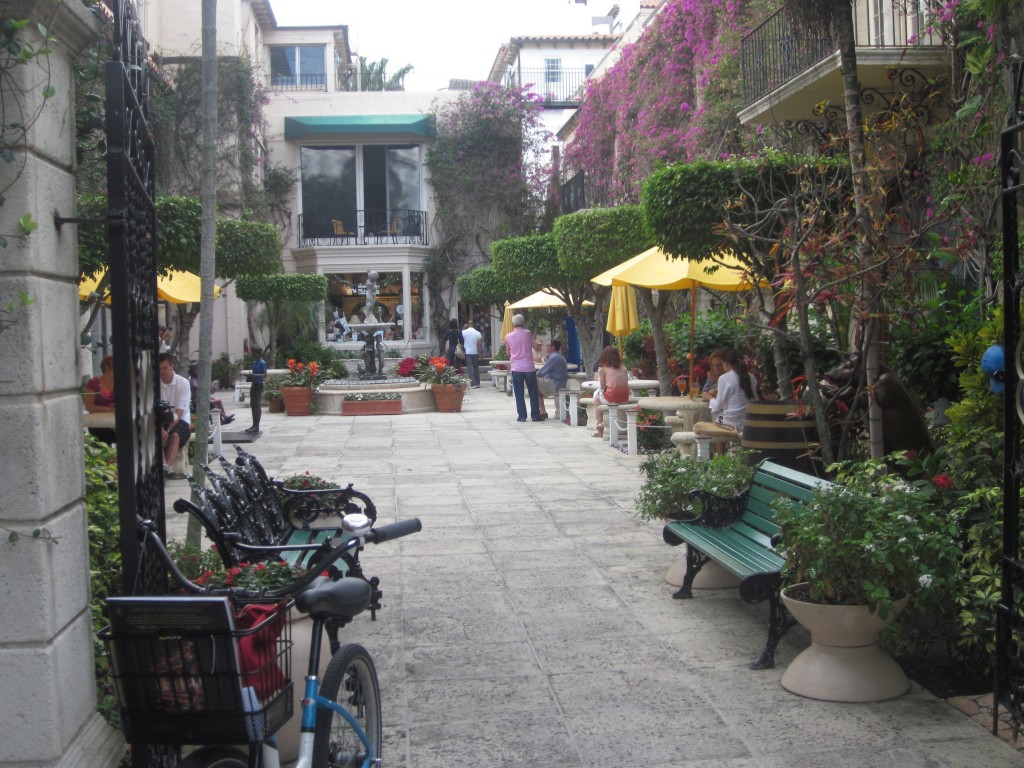 note the easy mix of office, residential, and retail. In fact, Mizner lived above the shop

It’s what you do with your superblock that makes the difference. Worth Avenue and much of Palm Beach’s (and South Florida’s) Spanish-Mediterranean architectural character was created by Addison Mizner. He didn’t go to architecture school, but did attend university in Salamanca, Spain and apprenticed with a Beaux Arts practice.

In the Beaux Arts, God truly is in the details. From “An American Country House,” a 1925 monograph on the work of Mellor, Meigs, and Howe, this column capital is carefully drawn, scaled, and constructed. 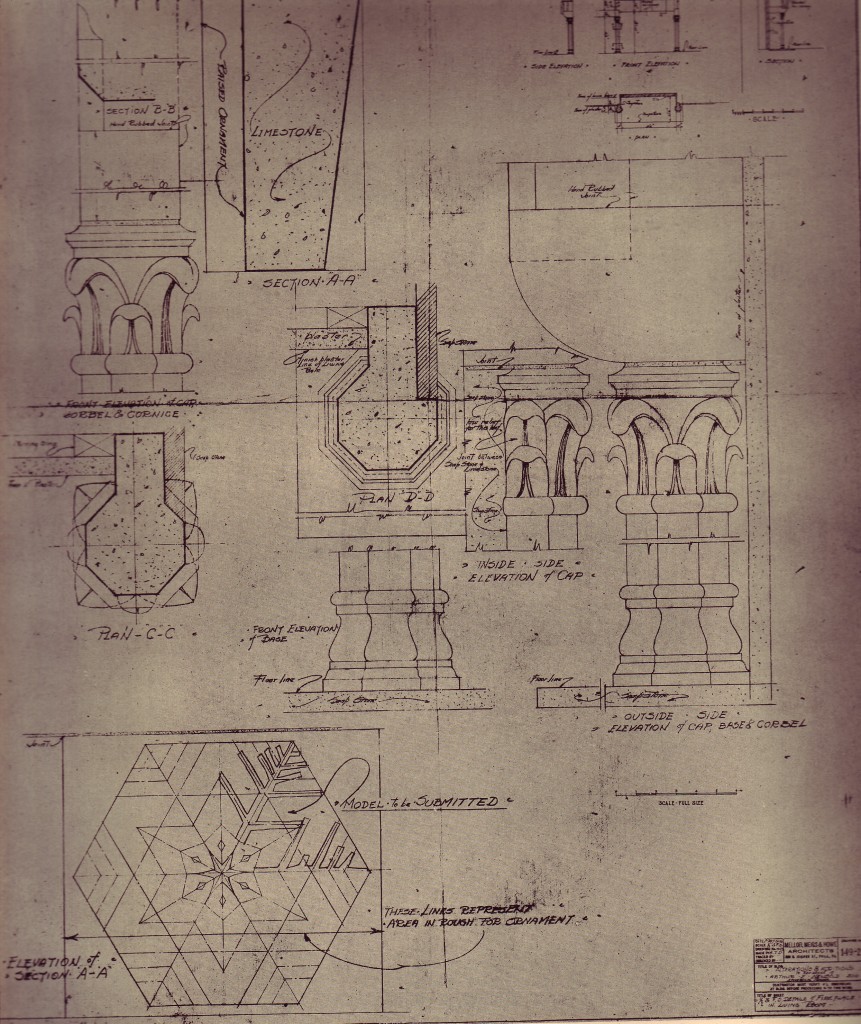 Sure it’s easy if you’re doing a luxurious country house, but these details come from the Bush Terminal Building on 42nd Street and Broadway in New York City as recorded in the 1925  “Architectural Construction, An Analysis of the Design and Construction of American Buildings.” 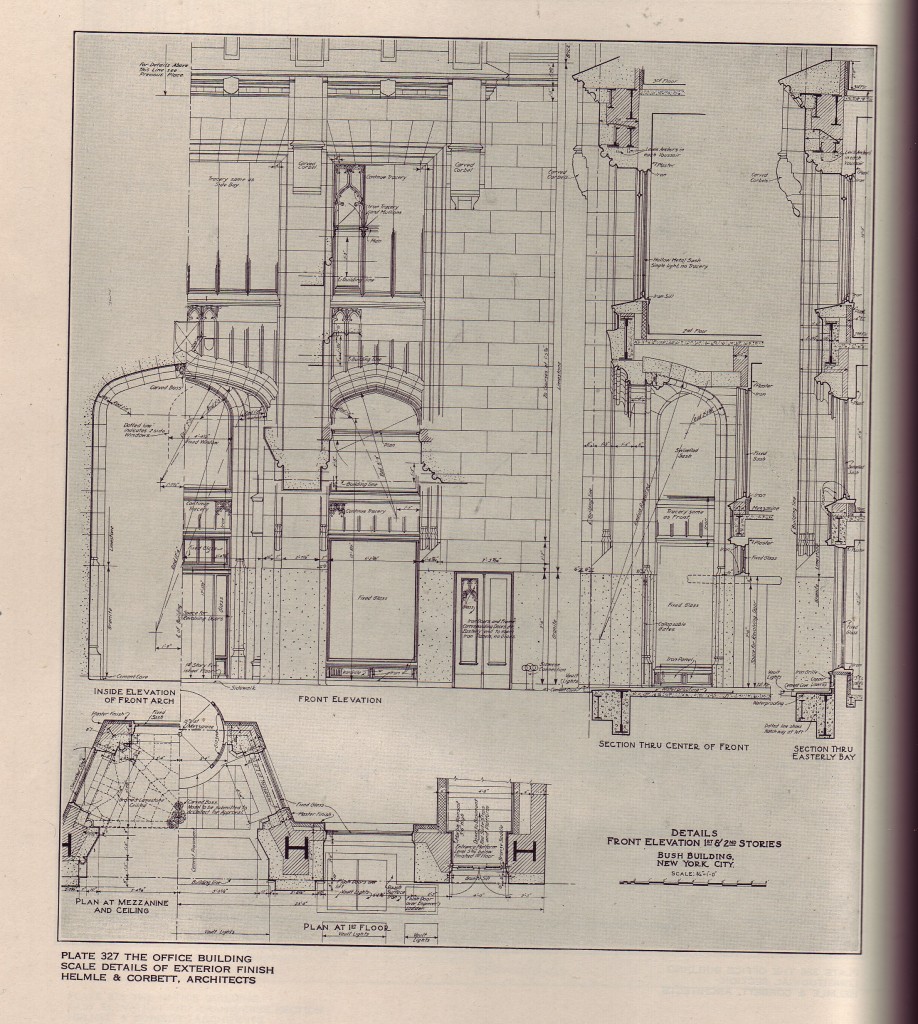 included for its "conspicuous orginality," though "using letters from the Gothic alphabet" 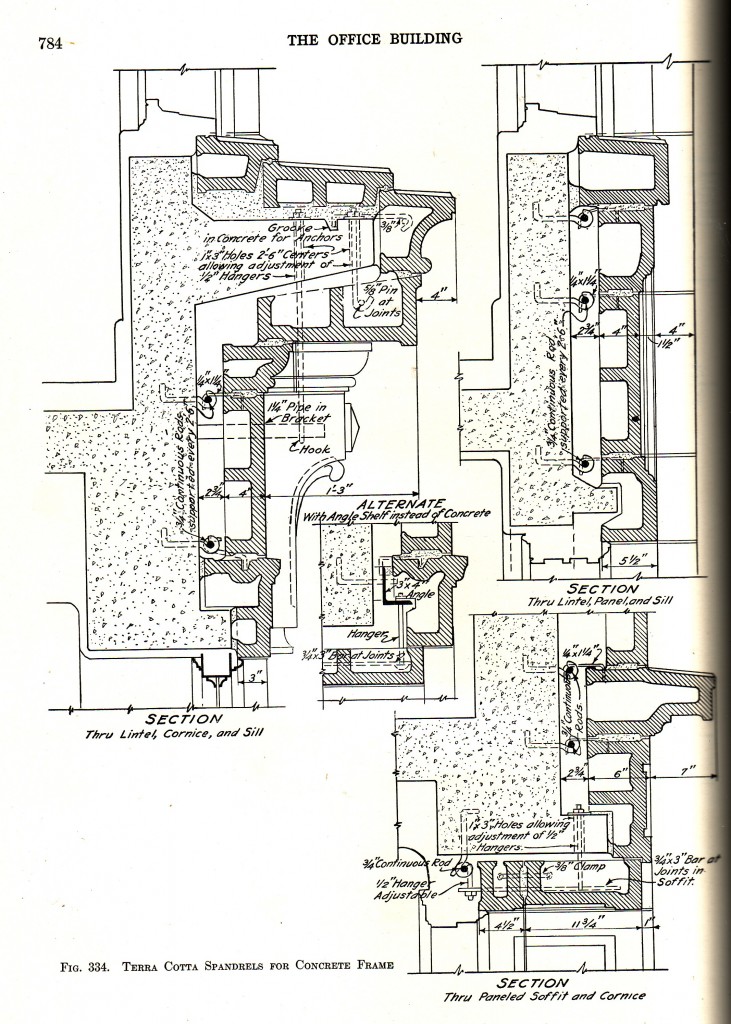 and it was not only decorating the building, but knowing how to put it together using the proper scale and materials. No dry-vit here

And one more thing. At the time, Palm Beachers used to clapboard cottages objected to Mizner’s “ugly, foreign-looking buildings.”

2 Responses to “Superblocks in Palm Beach”