Everyone has an opinion about the new fountain at what people consider the “town square” of Bethesda–the plaza in front of Barnes & Noble Bookstore. 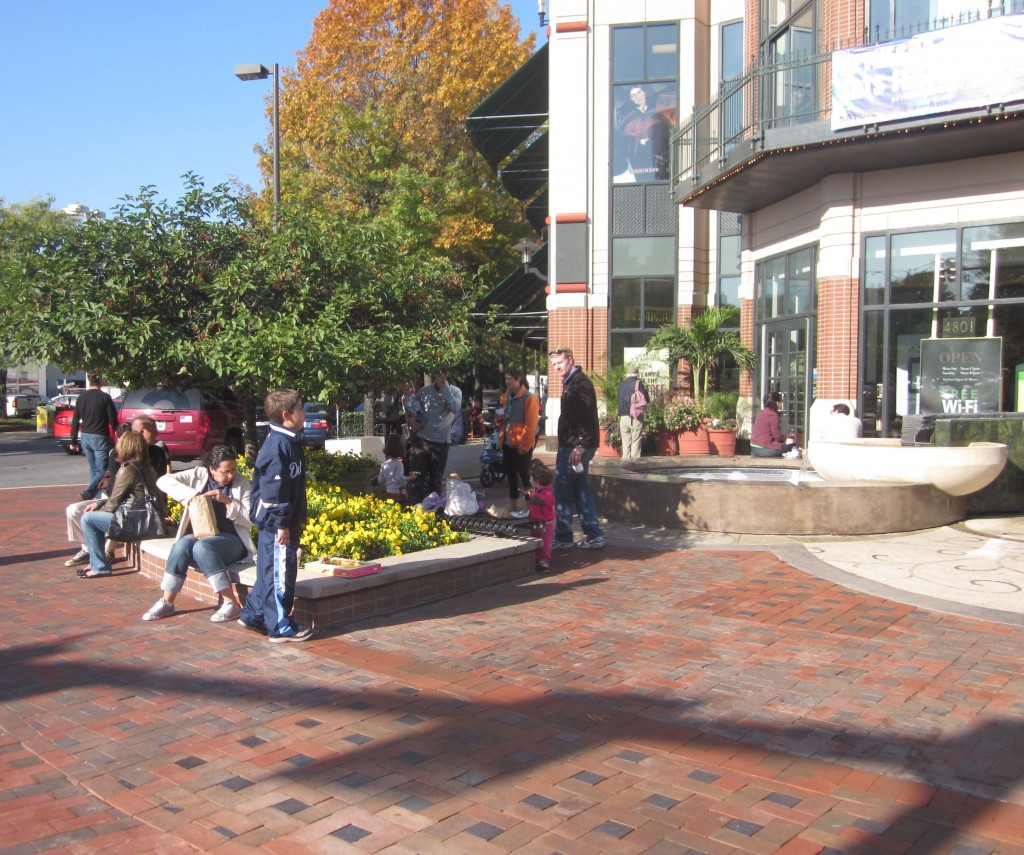 As reported online in the Bethesda Patch most of the commenters think it was at best unecessary and at worst, a scheme to keep people from sitting out in front of the store. You can chime in as well by voting online. Unfortunately, out of 209 votes so far, 121 people (57%) don’t like it. 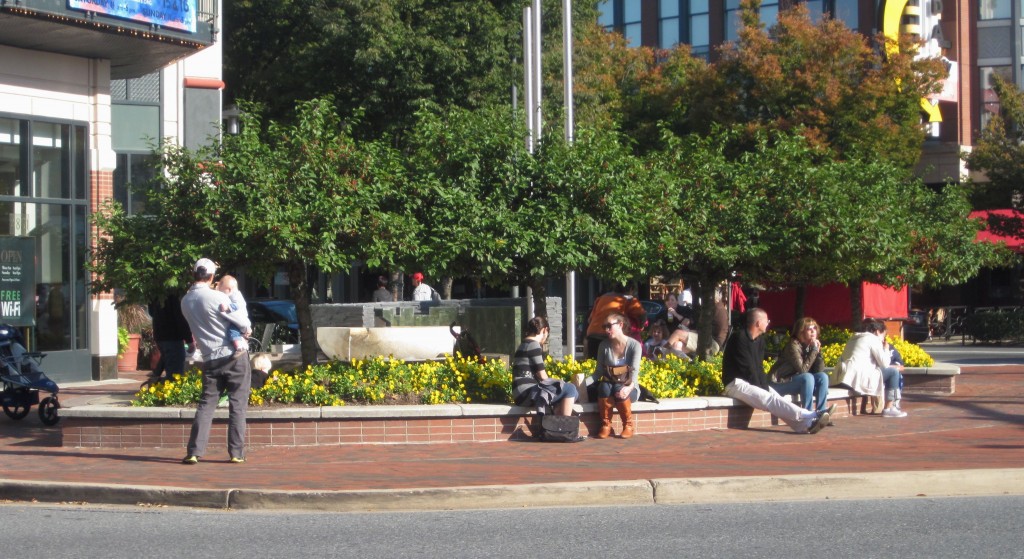 are there enough places to sit?

This is not a Bethesda phenomenon. In fact, just last week, the New York Times reported that Portland, Maine has removed a sculpture called Tracing the Fore. The article quotes Shawn McCarthy, who owns the bar across the street from where the artwork stood.

But what are we talking about these days? In earlier eras, we shared a language of methaphor and images, as well as a way of looking at public space and events. Today, victory columns and story-telling pediments are irrelevant media. Even our view of history has changed; the great men are gone. And the lines between public and private space haveblurred. Streets and spaces that are designed to appear public may  be adjunct commercial space.

The interesting thing is that this Bethesda space hardly needs public art, let alone a contentious scultpure. As one Patch commenter noted, this is percieved as Bethesda’s town square, an active intersection of streets, bikes routes, sidewalks, and shops. It already had almost everything that urbanist William H. Whyte claimed you needed for a good urban space–sun, touchable water, food–just needed some movable chairs.

2 Responses to “Beauty and the Eye of the Beholder”