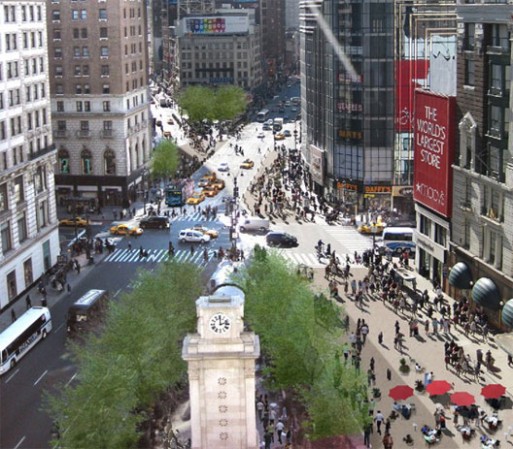 After months of study and deliberation, New York City has decided to make its pedestrian-priority spaces a permanent fixture on sections of Broadway around Times and Herald Squares. The decision to keep the revised street plan, which had been operating under trial review since last summer, came despite vehicle travel times falling short of projected improvements. The plan was originally sold on the basis that it would improve vehicle flow by 17%. It improved 7%.

More importantly, the roadway enhancements vastly improved pedestrian and motorist safety. According the City’s Department of Transportation, pedestrian injuries are down 35% while motorist and passenger injuries decreased 63%. And 80% fewer pedestrians are walking in the streets despite increased usage of Times and Herald Squares, ostensibly due to less crowded sidewalks.

Sometimes seen as a glorified tourist trap, the experiment was also a hit with locals and business owners. A survey conducted by the Times Square Alliance noted that 74% of residents and office workers were “satisfied with their experience.” They did, however, want to see improvements to the design of the pedestrian areas, which the City has vowed to implement now that the trial phase is over. 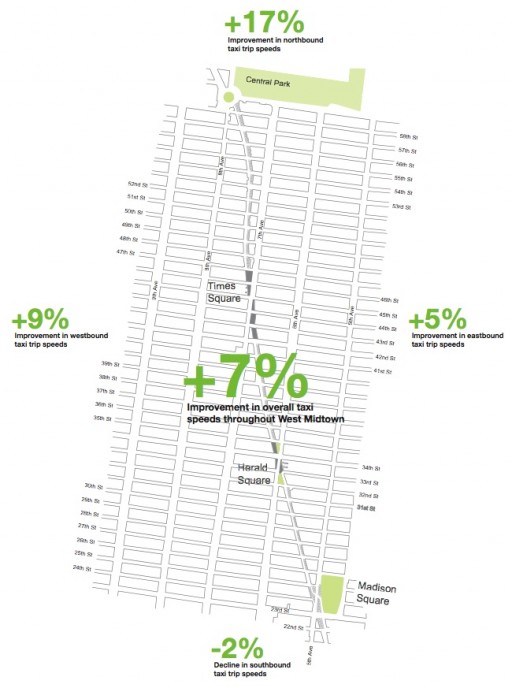 While this is good news for New Yorkers, what can Montgomery County take from this policy? For one, projects such as this reiterate the importance of discussing pedestrian and cyclist safety in the same breath as automobile mobility. Had this simply been an exercise in traffic management, the results would be underwhelming. However, factoring in pedestrian safety and quality-of-place considerations, the decision represents a well-reasoned response that successfully enhances the urban environment.

It’s also a lesson in the simplicity of open space. What I found striking about Times Square when I visited recently (albeit in warmer weather) is how automobiles, bikes, pedestrians and the inert all come together in close proximity with remarkable harmony. Lawn chairs and traffic lanes separated by mere feet! What brought all this together? A few buckets of paints, a few signs, and some planters. Not exactly high-tech, but effective. 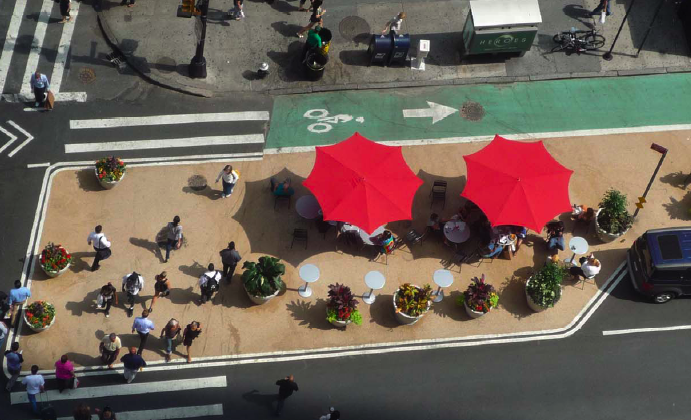 One Response to “Broadway Pedestrian Boulevard Made Permanent”