The basic problem with housing in Montgomery County is easy to summarize: We haven’t been building enough of it for quite some time.

In every succeeding decade since the 1980s, the number of residential building permits issued here has steadily declined, both in absolute terms and relative to the rest of the region. Home construction has fallen well short of the 4,200 units per year that the Council of Governments (COG) estimates that the county needs to keep up, even with relatively modest population and job growth.

Here’s a chart that shows what we’re talking about:

The widening gap between supply and demand has damaging consequences – some obvious, some less so. For example, as previously explained in detail, our ability to attract and retain employers depends on an adequate and attainable supply of housing to attract and retain the workers those employers need. The scarcity of suitable housing leads many people to move far from their jobs, and the resulting long commutes hurt the quality of life of those individuals while increasing carbon dioxide emissions. And of course, weak housing supply pushes rents up and makes buying a home more difficult.

As these charts demonstrate, the number of county households that are cost-burdened – that is to say, they spend more than 30 percent of income on housing costs – has continued to grow even as the overall percentage of cost-burdened renters has been flat or even declined slightly:

The barbell income growth helps to explain why even though the number of housing cost-burdened renters has increased, the percentage of renter households that are cost burdened has decreased over the same period.

Percentage of Renter Households that are Cost-Burdened, 2010-2018

Homeownership rates have been in decline, especially for adults under 35, many of whom are simply unable to find reasonably priced for-sale housing.

Areas closest to transportation and jobs are increasingly out of reach

In all Montgomery County zip codes, home price increases have outpaced both overall price inflation and income growth. The Planning Department examined three zip codes (Bethesda’s 20817, North Bethesda’s 20852, and Silver Spring’s 20910) to get a better understanding of what’s happening with residential real estate prices. The analysis found that the typical house value and the estimated income required to afford homes has risen dramatically over the last 25 years – and grown out of reach for potential homeowners earning below or even near Montgomery County’s median income.

A family needs about $200,000 in annual income to afford the typical home in Bethesda, which is now priced at over $1 million. If house prices had increased at the same rate as general inflation since 1996, the average home would have required only $125,000 in household income – still high, but well within reach for many buyers in Montgomery, albeit fewer than half of all county households. The North Bethesda or close-in Silver Spring home would be affordable to buyers below the median income if home prices had increased only at the rate of inflation since 1996. Instead, families today need an income well above the median in order to buy a house of average price.

While apartment rents declined during the pandemic, they are already recovering, and vacancies have remained low. The average effective rent for apartments in Montgomery County in the last quarter of 2020 was $1.86/square foot, which was the lowest recorded level (adjusted for inflation) in the past ten years. By the second quarter of 2021, however, rents were back up to $1.93/square foot, which matched the level reached in the first quarter of 2019, about a year before the pandemic. Even when rents reached their low points, daily vacancy rates for apartments never exceeded seven percent for the county as a whole and remained low in places like Silver Spring, indicating that landlords were able to make up for any pandemic-induced tenant turnover by cutting rents.

The relationship between “affordable” housing and “luxury” housing

Building new housing, even high-priced housing, can increase affordability through a process called “filtering,” a term that basically describes the phenomenon whereby some households that otherwise would have occupied relatively inexpensive units move into newer and more expensive units, which helps reduce demand and lower prices for the less expensive units they leave vacant. Without new supply to help apply downward pressure to rents and home prices, housing gets even more expensive. Moreover, reducing the price of new housing – even if the reduction is not sufficient to make new units affordable to households making 30, 60, or 80 percent of the median income in the area – reduces the gap that must be covered by public subsidies to reach these levels of affordability.

The Planning Department’s recently completed Housing Needs Assessment forecast that 27 percent of households added between now and 2040 will make between $25,000 and $49,999, while 24 percent of additional households will make $125,000 or more. This bifurcated income growth suggests that Montgomery County needs to build both more income-restricted housing for low-income households but also that we need more market rate housing, including luxury housing, to match supply with demand. Low-income housing requires public subsidies, but the market should be able to deliver housing attainable to middle and upper-income households without subsidies under most circumstances. The fact that the rate of construction of market-rate housing has declined over time despite steadily increasing population and jobs reflects an imbalance between the costs of developing housing and income levels, some of which is the product of weak wage growth and construction cost increases but some of which is influenced by land use regulation as well as tax policy.

The Montgomery County Rental Housing Study highlights what happens when supply fails to match the needs of households at both ends of the income spectrum. Montgomery County’s rental units are unbalanced at the lowest and highest ends of the market; we have shortages of units affordable on incomes less than 30 percent of AMI and those suitable for households with incomes over 120 percent of AMI. Households at the low end of the income spectrum are cost burdened and spending more than 30 percent of their annual income on housing, while at the other end, more affluent households are choosing housing with prices lower than what they could afford. These “underhoused” households increase competition for more modest units, leaving fewer choices for lower or middle-income households.

The Affordable and Attainable Housing chapter of Thrive Montgomery 2050 recommends pursuing a wide variety of policies and strategies to increase the amount and variety of all types of housing – both market-rate and income-restricted. It calls for expanded application of unconventional financing mechanisms, including PILOTs (Payment In Lieu of Taxes) and TIFs (Tax Increment Financing), targeted use of tools to minimize displacement and gentrification, refined regulatory approaches to avoid a net loss of market-rate and income-restricted affordable housing stock, recalibration of our income-restricted affordable housing programs, a stronger commitment to Housing First to build deeply affordable and permanent supportive housing, experimentation with ownership models like community land trusts,  relaxation of zoning limitations to encourage different building types and varied unit sizes suitable for every type of household (including single-room occupancy units, tiny houses, cottages, shared housing, social and cooperative housing, and yes, “missing middle” housing) as well as flexibility for new construction materials such as mass timber and techniques like prefabrication of modular building components.

Between 2020 and 2040, Montgomery County is expected too need to add 63,031 new households, both working and non-working households, specifically new residents who are seniors or persons with disabilities.

Over the 2020 to 2040 period, forecast assumptions suggest that Montgomery County will need to add the following types of housing units to accomodate the forecasted households:

The takeaway is that while much has been said about the Thrive Montgomery 2050’s proposal to encourage more “missing middle” housing types, this recommendation is only one of many in the plan. The reality is that our housing shortage is too big to be solved with a quick or easy fix, and we need to do a lot of different things to produce more housing for all kinds of people. This problem is not going to get easier over time, and we need to get moving with a sense of urgency. 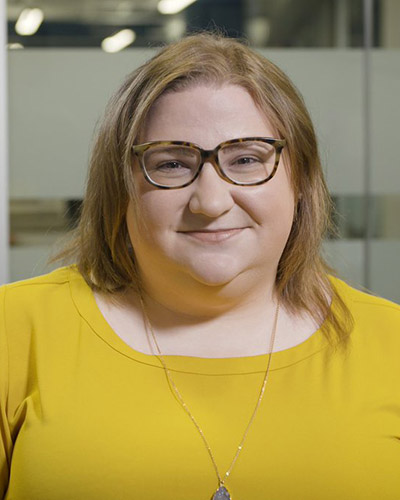 Lisa Govoni is the Housing Policy Coordinator at the Montgomery County Planning Department, part of The Maryland-National Capital Park and Planning Commission (M-NCPPC). Lisa serves as the lead on major housing-related projects, including long-range sector planning activities and policy and zoning changes related to housing. Lisa completed her BA in Government and Politics in 2008, her MCP in Community Planning in 2011 and her MPS in Geographic Information Systems (GIS) in 2013, all from the University of Maryland, College Park.

One Response to “Thrive Explained: Why we need more of every kind of housing”