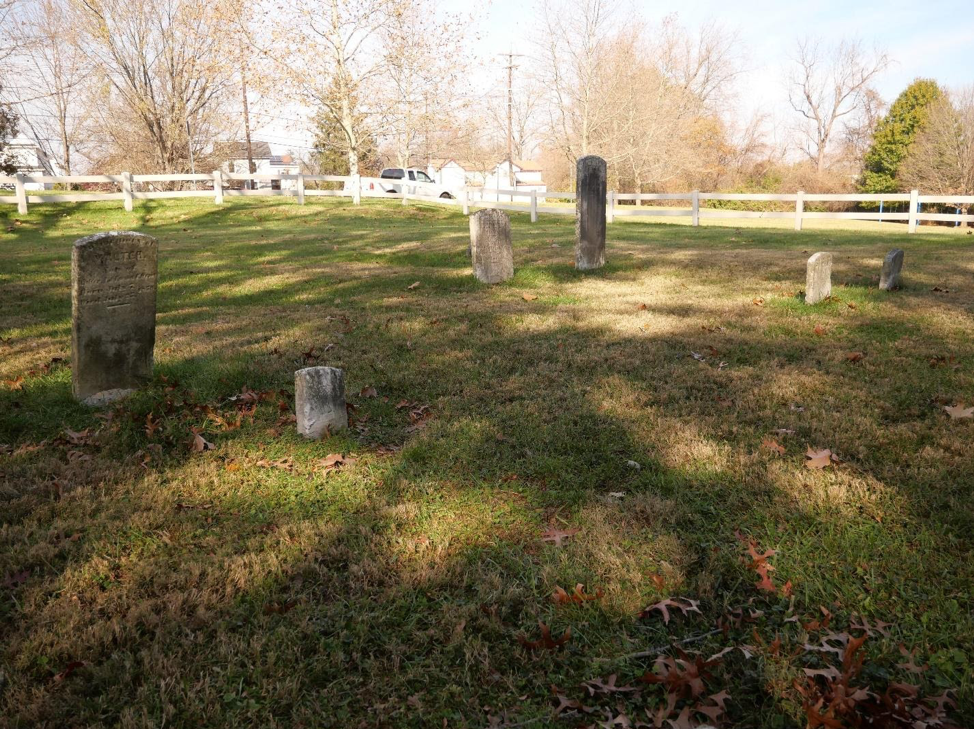 In the Planning Department, we talk a lot about the future. But much of our work is rooted in the past. We learn from history and we also help preserve it. Our county’s cemeteries are a treasure trove of information. Genealogists and history buffs love cemeteries for all the family history they contain, but time and nature pose challenges. Some historic gravestones have become so weathered, it’s almost impossible to read them.

New technologies have come to the rescue, offering ways to recover those lost inscriptions without damaging the stone. In November, someone contacted the county for help deciphering the inscription of a nineteenth-century headstone in the Crabb Family Cemetery, a Montgomery County Master Plan Historic Site. Planning staff visited the cemetery and found the stone in question. “In Memory of Walter, Son of…” was easy to read, but the death year could be read as either 1839 or 1859, and the names of Walter’s parents were illegible. 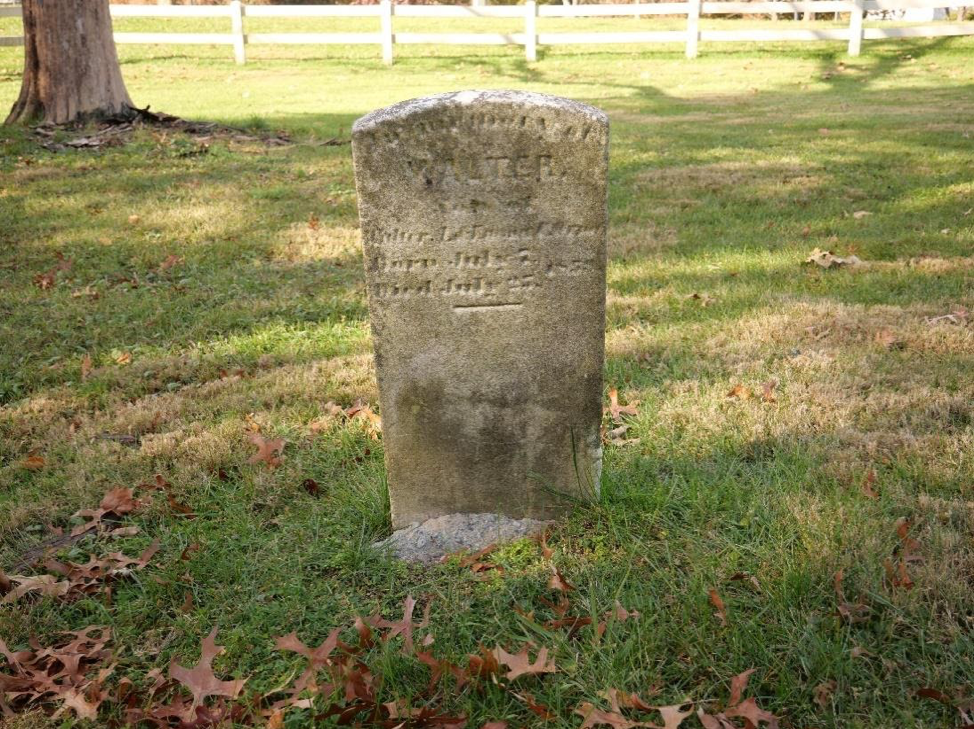 The headstone for infant Walter is worn beyond legibility.

The stone deteriorated because of the material used to make it. Some gravestones are carved in highly durable stone like granite or locally produced Seneca sandstone. But in the 1800s, marble was a popular choice. People assumed that the beautiful smooth white stone would last forever, but marble is made from carbonate minerals highly vulnerable to weathering, especially by acid rain.

There are a number of imaging techniques that can help archaeologists, preservationists, and conservators recover faint or worn inscriptions. One of these, photogrammetry, involves combining a series of overlapping digital photographs taken systematically from different angles. Computer software aligns the images and produces a detailed 3D model. Filters are then applied to boost clarity.

A 3D photogrammetry model of Walter’s headstone revealed much more detail of the remaining inscription than what had been visible to the naked eye, including the parents’ first names: Walter and Emma. A close look also suggested that the last name was short and began with a rounded letter, possibly an ‘O.’ Montgomery County’s cemeteries include many family names that were potential matches, from Oaks to Oyers. We know the names of many people buried in historic cemeteries across the county due to the work of genealogists and local historians who have meticulously documented headstone inscriptions. This information is compiled in works such as The Genealogical Companion to Rural Montgomery County Cemeteries and is often posted online.

‘Orme’ seemed to be the most likely of these commonly occurring family names, based on the legible letters. A search of historical marriage licenses revealed that Walter A. Orme married Emma C. Griffith in July 1858, names and dates which corresponded to the headstone. As further confirmation, the graves closest to Walter’s belong to Sarah and Philemon Griffith, whose daughter Emeline was born ca. 1832. Connecting the dots revealed a sad story: Walter and Emma (Emeline) married in July 1858, but seem to have lost their first child just a year later in 1859. The full inscription reads:

Tools like photogrammetry, paired with traditional historical and genealogical research, can further our understanding of burial grounds and their connection to broader community history. Montgomery County recognizes the significance of these spaces and has enacted legal protections for cemeteries and burial sites. County law requires the Planning Board to maintain an inventory of human burial sites in the county and to protect these places during the planning process. See a map of burial sites identified to date and read more about the Montgomery County Planning Department’s program to record and protect old burial grounds.