Well, at a cost of more than $100,000 per space, it had better be. High design–using Swiss architects Herzog & de Meuron–costs and the New York Times takes a shot at figuring how the numbers work. But never mind the numbers, the structure is a location scout’s dream. Look for it soon on an episode of CSI Miami. 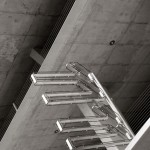 Even the address is cool 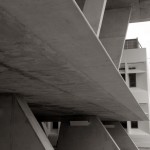 Another reason not to drink and drive 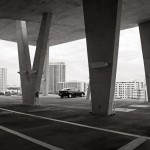 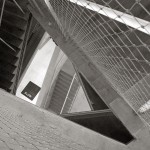 I. M Pei would be proud

Miami Beach is actually developing a reputation for cool parking garages, using design than relies on more than just a tropical climate that can soften and structure with palm trees and cushions of impatiens. 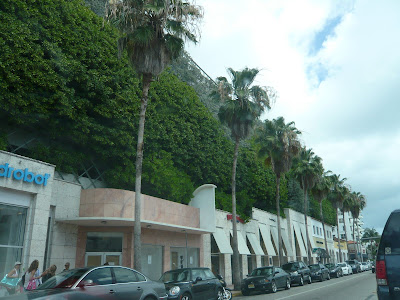 The “Chia Garage” on Collins Avenue

Okay, this one is palmed and cushiony, but it also has a strong retail base, a car entrance that is as narrow as possible on the side street, and a distinctive, street-facing pedestrian entrance. Replace the foliage with some interesting curtain wall or public art and you’ve got a model that could work in more brutal climes.

10 Responses to “Is This the Coolest Parking Garage Ever?”