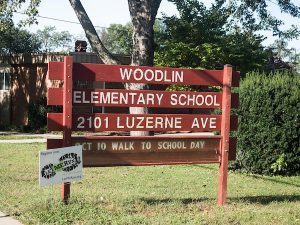 In previous posts, I documented six Montgomery County Public Schools (MCPS) clusters at risk of entering a development moratorium due to overcrowding. Enrollment in these clusters grew by 4,157 students between 2011 and 2015, yet only 184 of these students are living in the new multifamily residential buildings and townhomes constructed within the clusters during this period. That statistic means that new development was responsible for only about four percent of enrollment growth in these clusters, while the vast majority of the enrollment growth is coming from neighborhood turnover – that is to say, families with children moving into housing previously occupied by families without children.

I can’t say with certainty why these six clusters have experienced such dramatic neighborhood turnover, but I don’t think it’s a coincidence that three of the six – Blair, Einstein and Northwood – serve the well-established neighborhoods around downtown Silver Spring. As this chart shows, these clusters have experienced the largest percentage increase in the county in average home sales price since the 2008 recession:

To me, this data suggests that downtown Silver Spring has become more attractive as a place to live over the past decade. This draw is not surprising in light of the well-documented shift in preferences for neighborhoods that are within walking distance of amenities, such as restaurants and transit.

I moved to the Woodside neighborhood of Silver Spring in 2001, when most of my neighbors seemed to be in their 50s or 60s, and only a few children rode the bus to elementary school with my son when he entered kindergarten in 2006. Just four years later, when my daughter entered kindergarten, she was met at the bus stop by half a dozen kids making the same trip. Neighborhood turnover, with young families replacing older ones, can cause significant spikes in the school age population even in areas without new development.

While housing prices in Silver Spring have gone up, its walkable neighborhoods are still relatively affordable compared to the neighborhoods surrounding downtown Bethesda and similar areas of Montgomery County and the District of Columbia. As young families look for appealing and affordable places to live, many find houses in the vicinity of downtown Silver Spring (and Wheaton) to be an attractive option. If I’m right, this appeal goes a long way toward explaining why enrollment is surging at schools in Silver Spring and Wheaton, even when we know that few students are living in the high-rise apartment buildings that have been constructed over the same period in these areas.

There is broad consensus among county officials and residents that overcrowded schools are a serious problem and better planning is needed to ensure that students have the space they need to learn. In order to help MCPS with enrollment projections and capital planning, the Planning Department provides up-to-date information on development activity. However, while rates of new housing construction and turnover in existing housing stock rise and fall, other factors influence school capacity utilization as well, including:

These factors are unrelated to housing and population growth, but have affected school enrollment in ways that would have been hard to predict even a few years ago.

In this series of posts, I’ve shown how impact tax and student generation rates are calculated, demonstrated that school overcrowding is largely driven by factors independent of new development and explained how neighborhood turnover and other factors have driven enrollment growth. School overcrowding is a real problem, but halting development of new housing won’t solve it and deprives our schools of badly needed construction funding.

4 Responses to “Schools and Growth, Part Four: Where are all these kids coming from?”