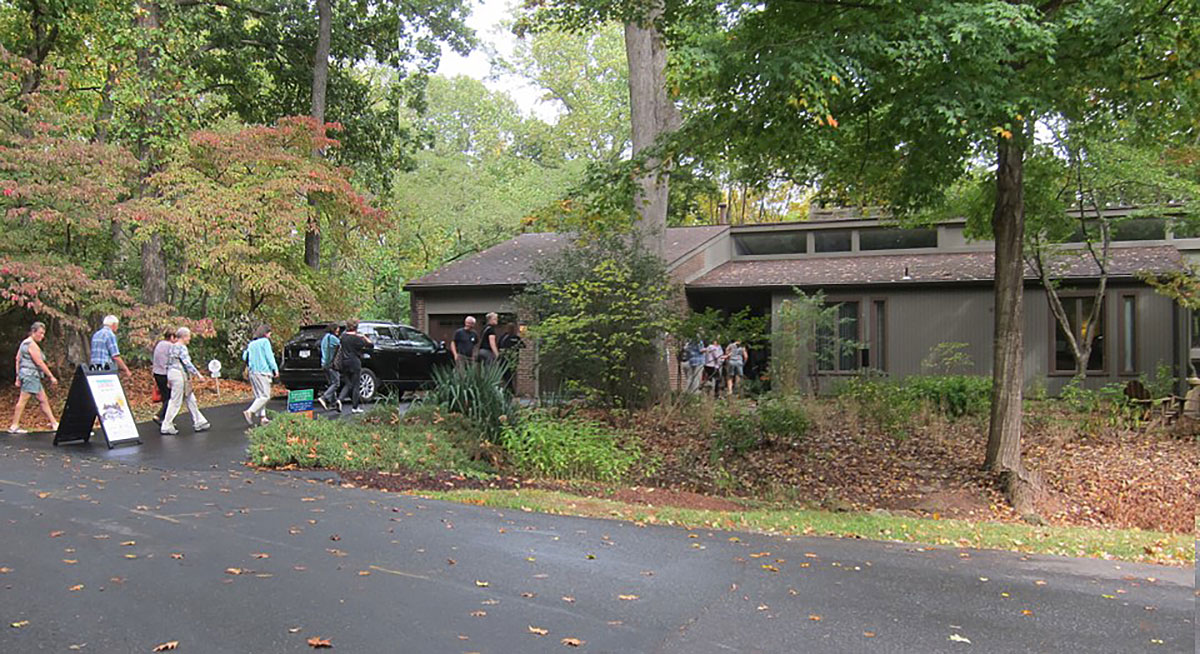 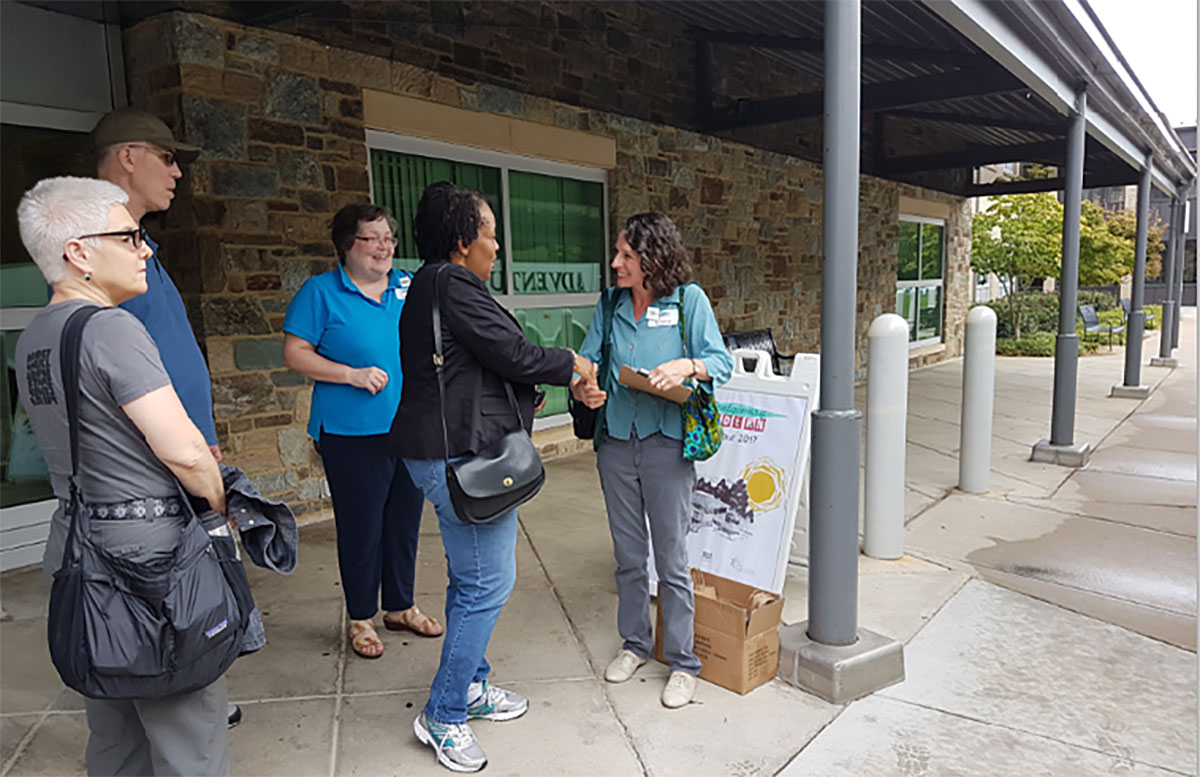 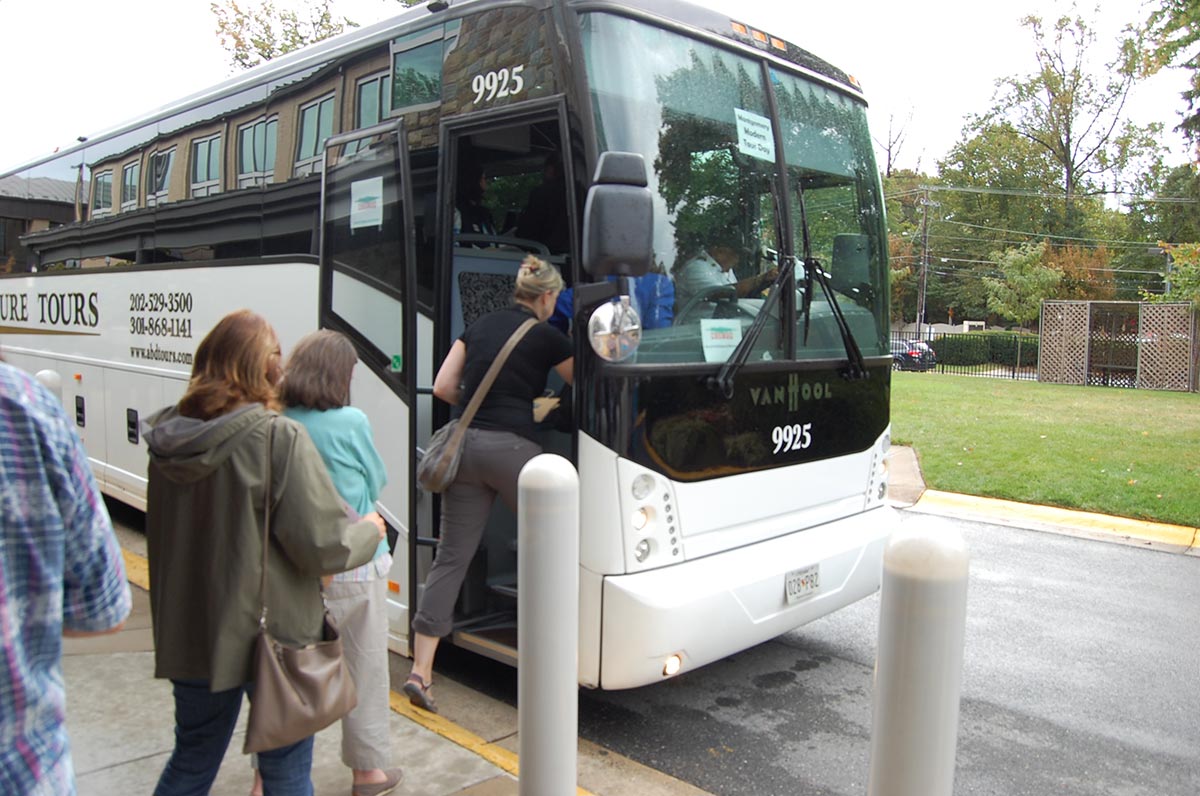 We boarded the bus at the Bender Jewish Community Center of Greater Washington in Rockville. 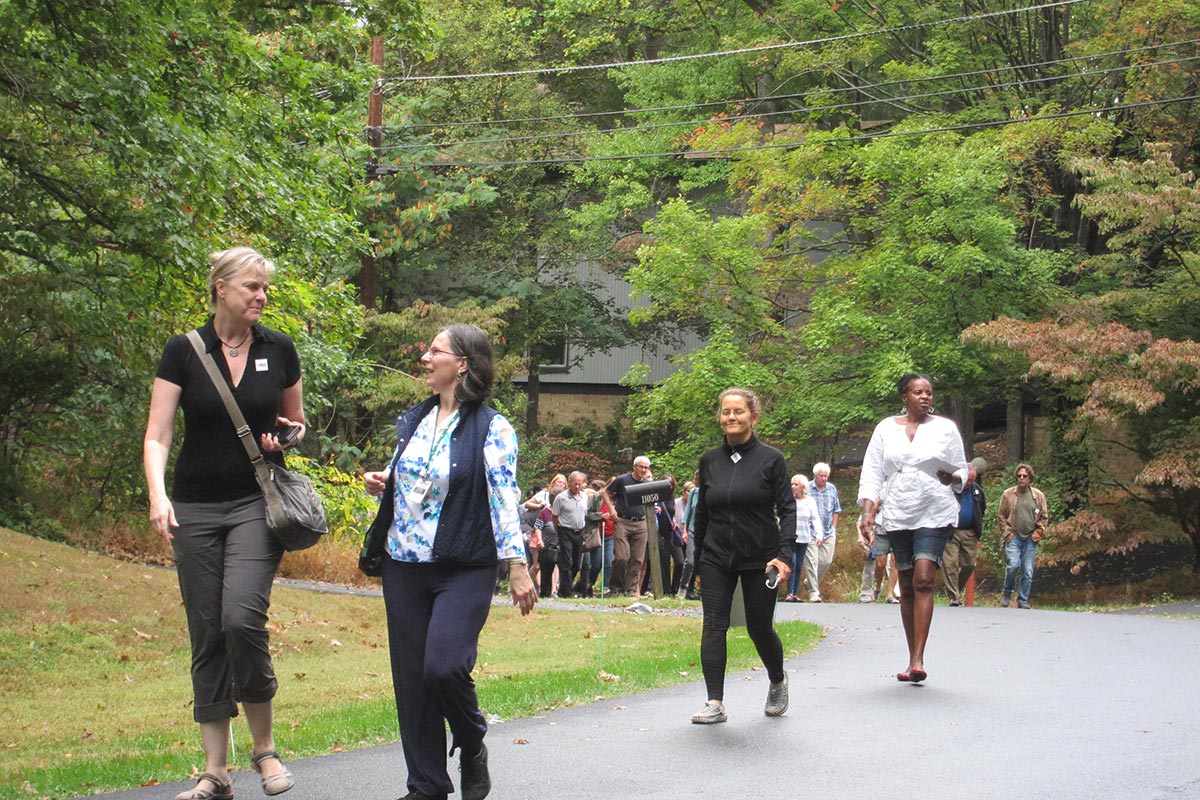 Our first stop was The Hilltop at Seven Hills Lane, a 10-acre woodland neighborhood of 32 modernist houses designed by Cohen, Haft & Associates. Developed by Albert Brodsky and Edith Matthews, The Hilltop opened in 1967. 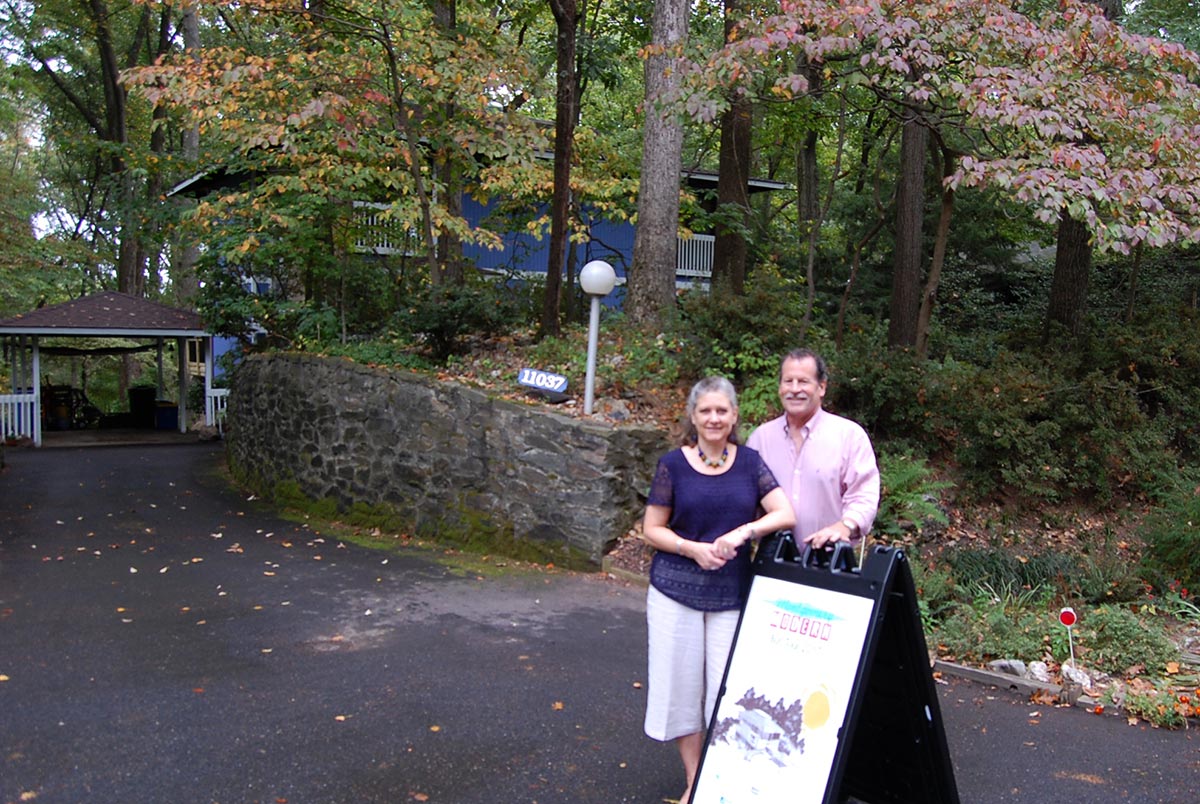 We were welcomed by Barb and Rob Nooter, who are the proud residents of an original Hilltop model home. Original landscaping for The Hilltop was designed by landscape architect Thurman Donovan, longtime associate of Cohen, Haft & Associates. 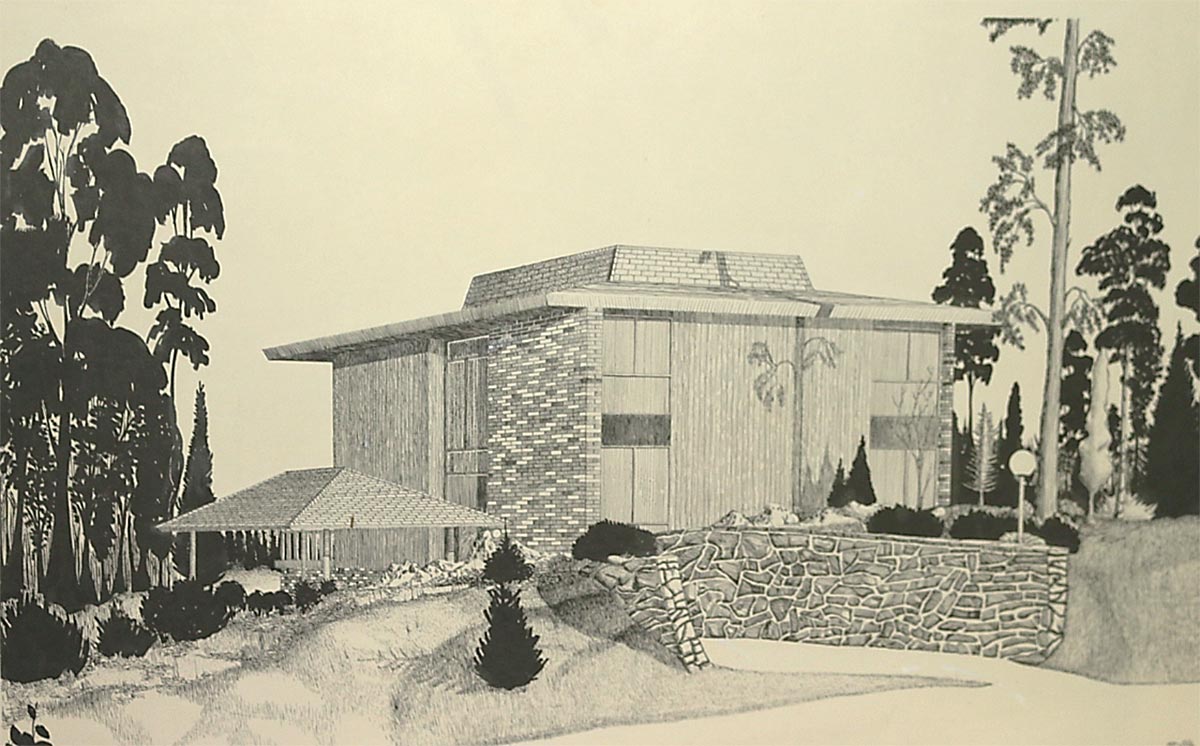 The lucky Nooters have this handsome architect’s rendering of their house that was thoughtfully passed to them from the previous owners. The house features a pavilion-type roof characteristic of the era. 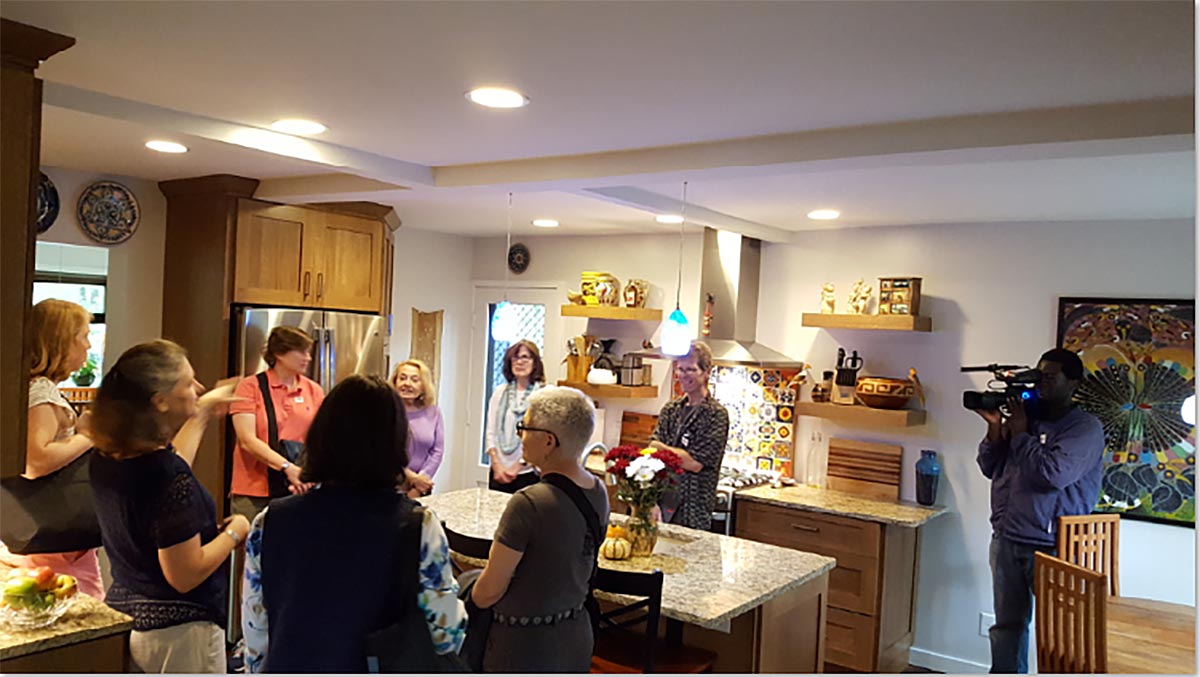 Renovations by the Nooters created an open kitchen with adjoining family room for relaxing.

Living and dining areas at the back of the house open to a new deck overlooking wooded parkland. 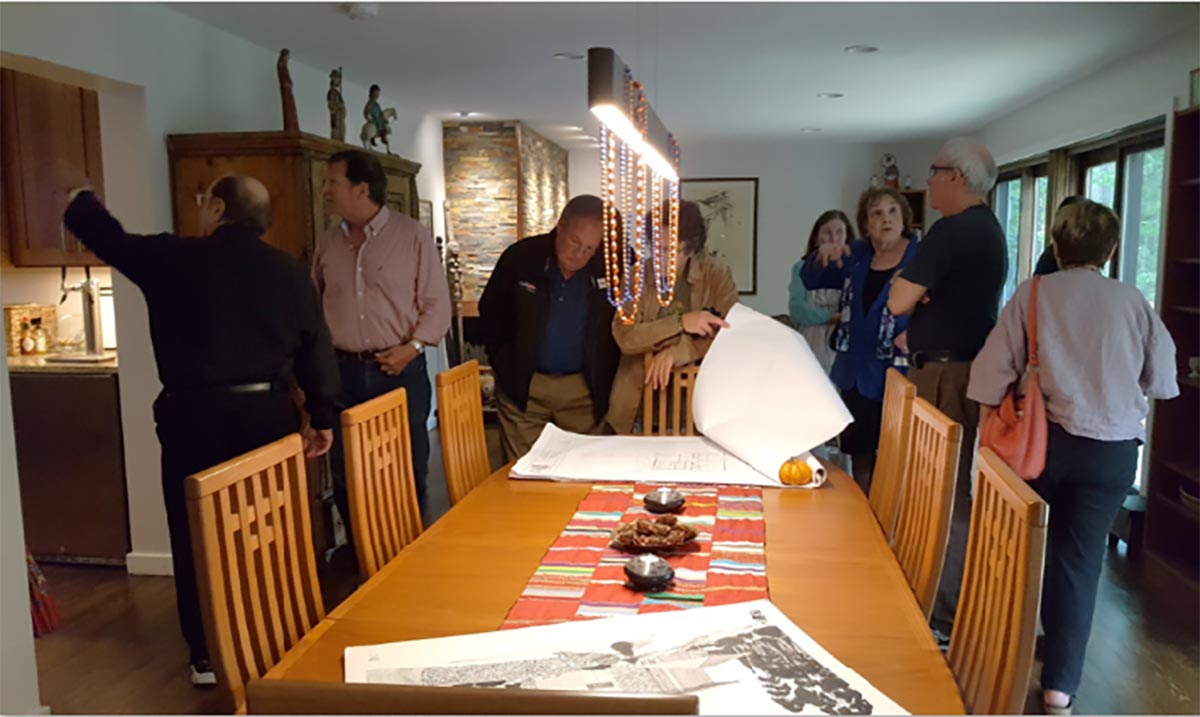 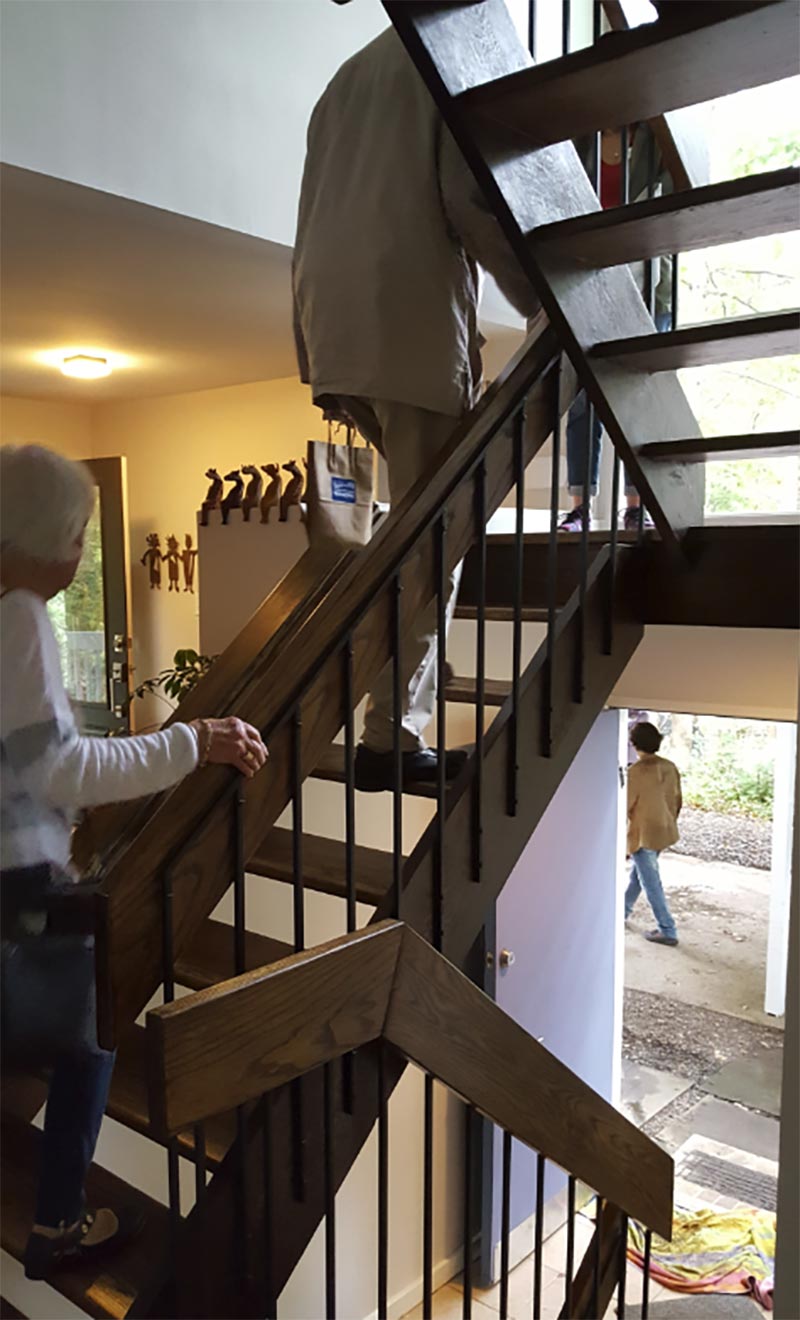 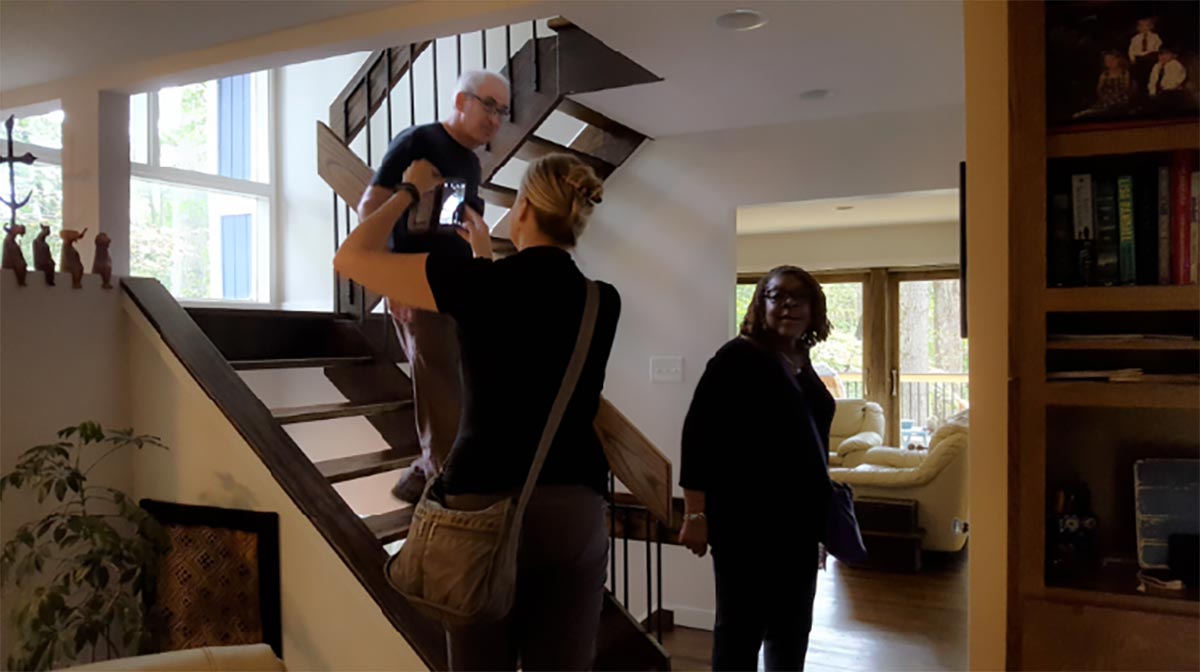 A ground-to-eaves glass wall illuminates an open stairwell, which was bright even on this overcast day. 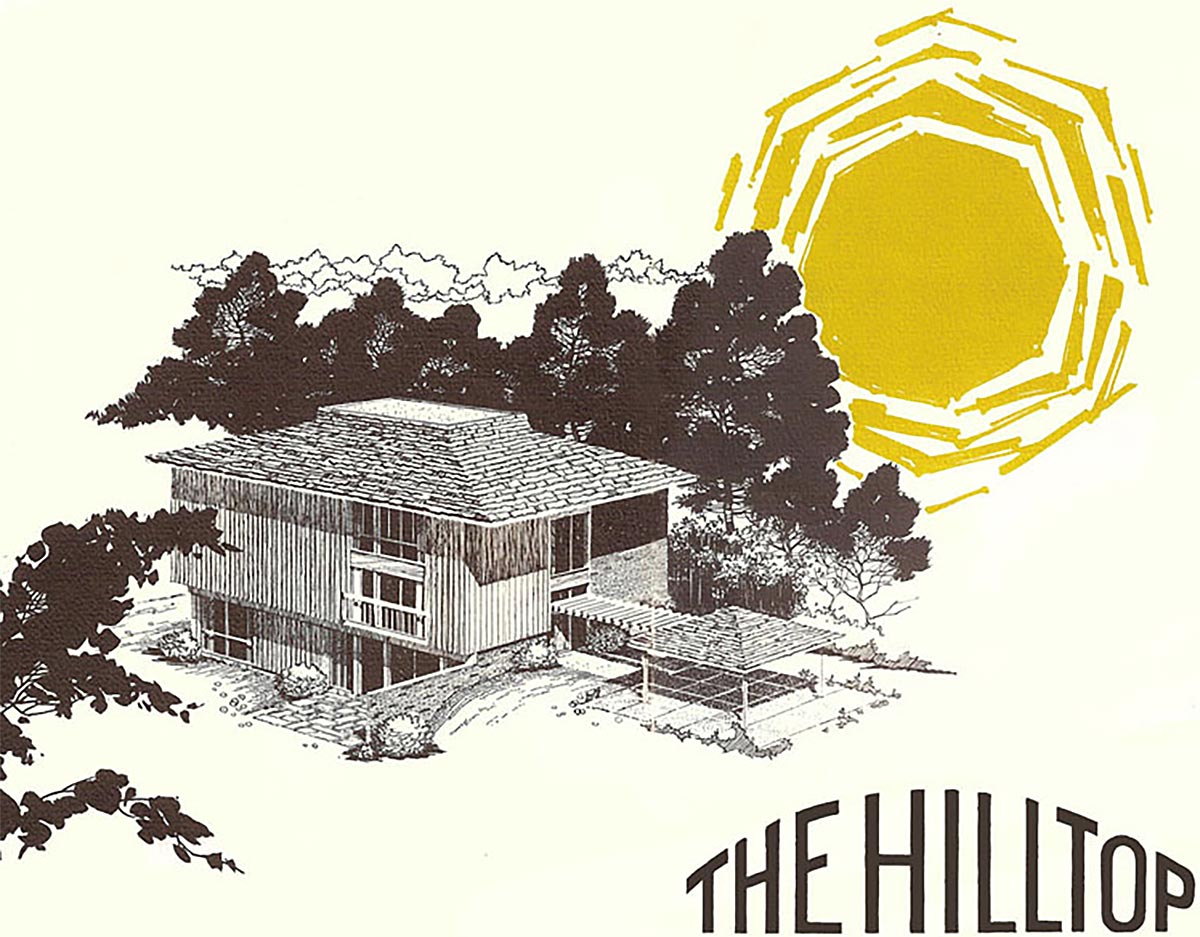 The original brochure for The Hilltop features the model home now owned by the Nooters. The carport with breezeway pergola are still intact. The left façade overlooks Cabin John Regional Park. The Nooters replaced the original deck (not shown in this rendering) and added more windows to take advantage of the leafy view. The brochure is from the collection of Jane and Ron Stern, original Hilltop residents who joined us on the tour. 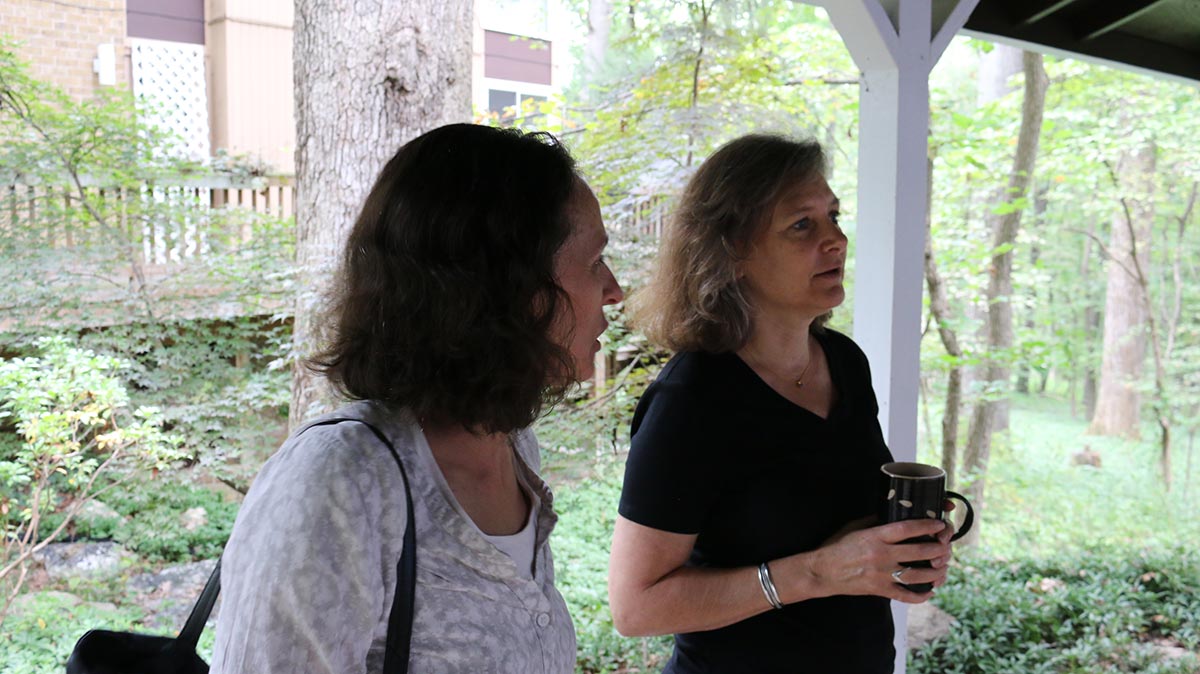 Next door is the residence that was originally the home of Cohen-Haft architect Turget Karabekir who later became a partner in the firm. A testament to the firm’s quality of design that its own architect chose to live here! 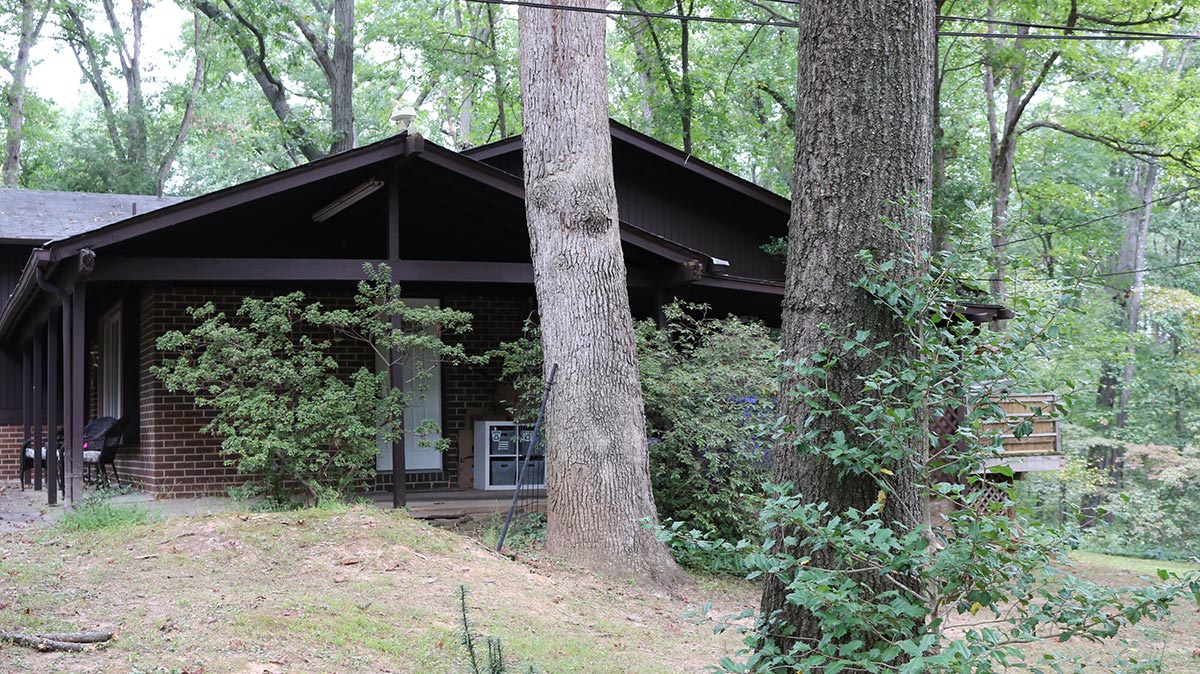 Just down the street is the other model house for The Hilltop–a rustic split-level house. 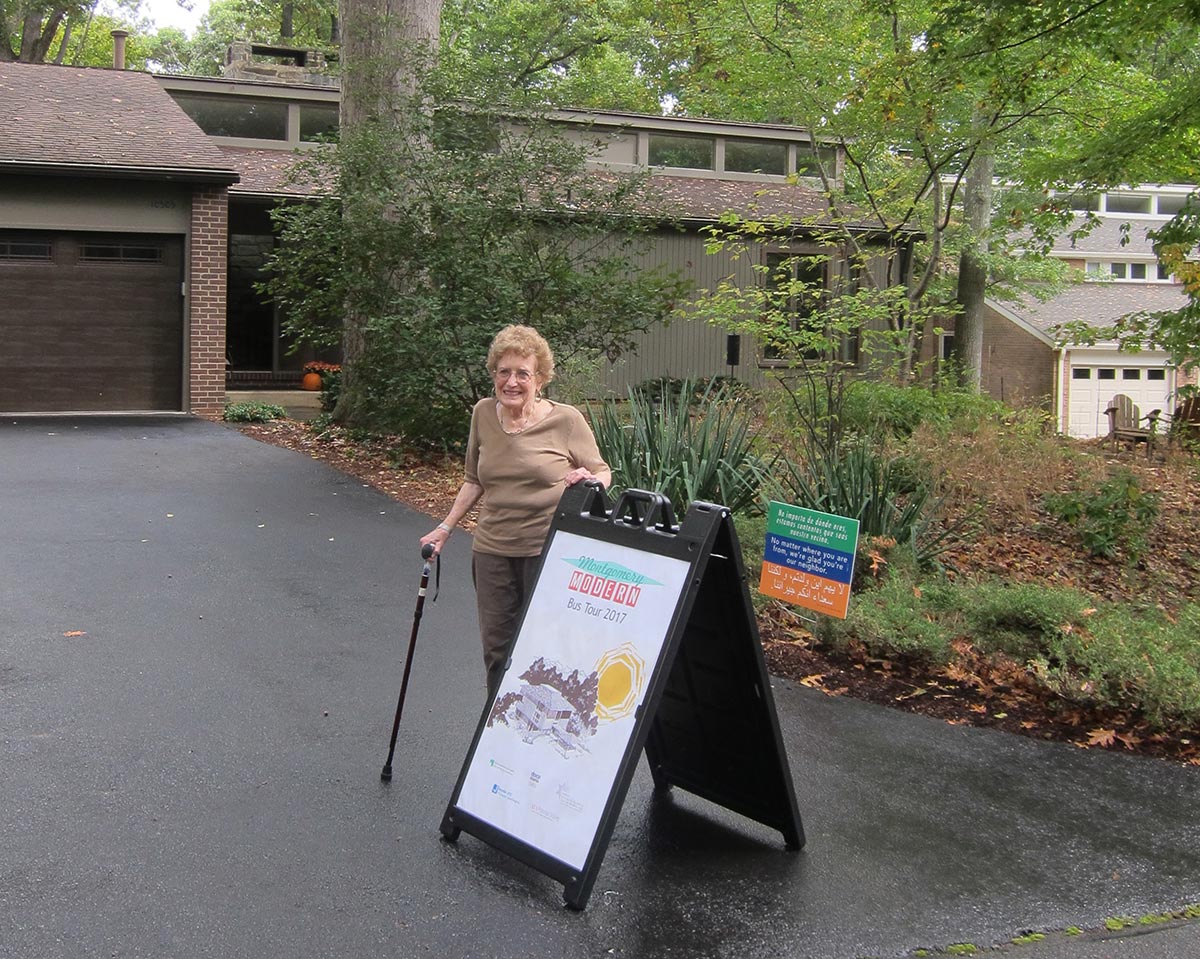 We next traveled to Potowmack Preserve to meet homeowner and longtime resident Tricia Tice, artist and master gardener. Her house is the Montanverde model, with one story and clerestory windows in front, and two stories overlooking parkland in back. 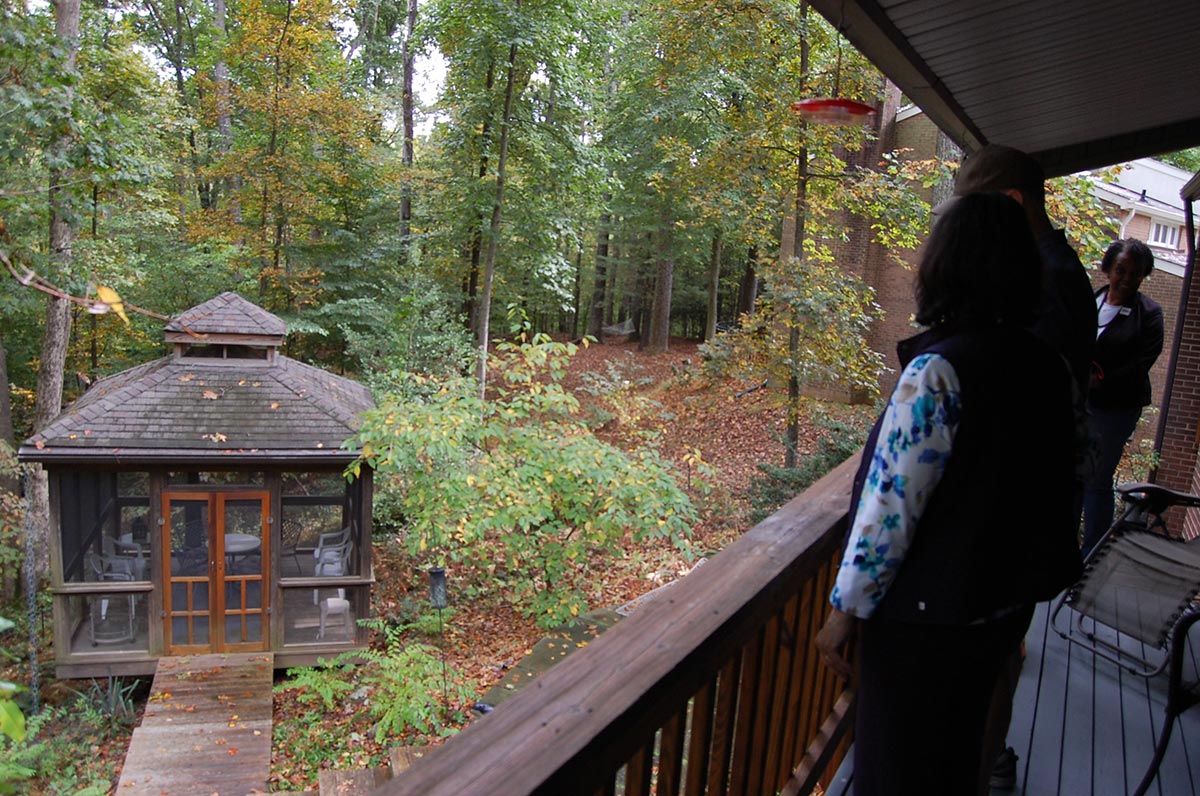 Potowmack Preserve—built over a three-year period starting in 1970– is a community of 159 houses designed by Cohen, Haft & Associates and built by developer Croyder-Irvin. David S. Croyder and Milton C. Irvin trained with influential builder Edmund Bennett, following his lead to design for natural settings, with underground utilities and architectural covenants. 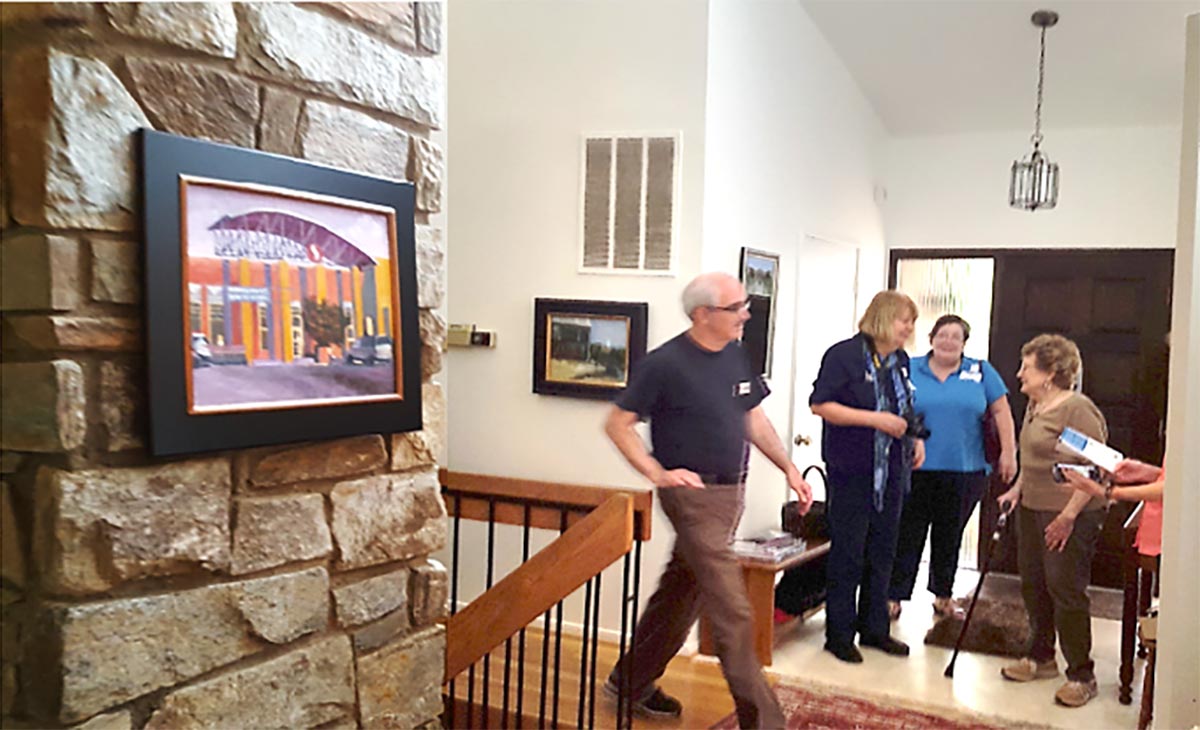 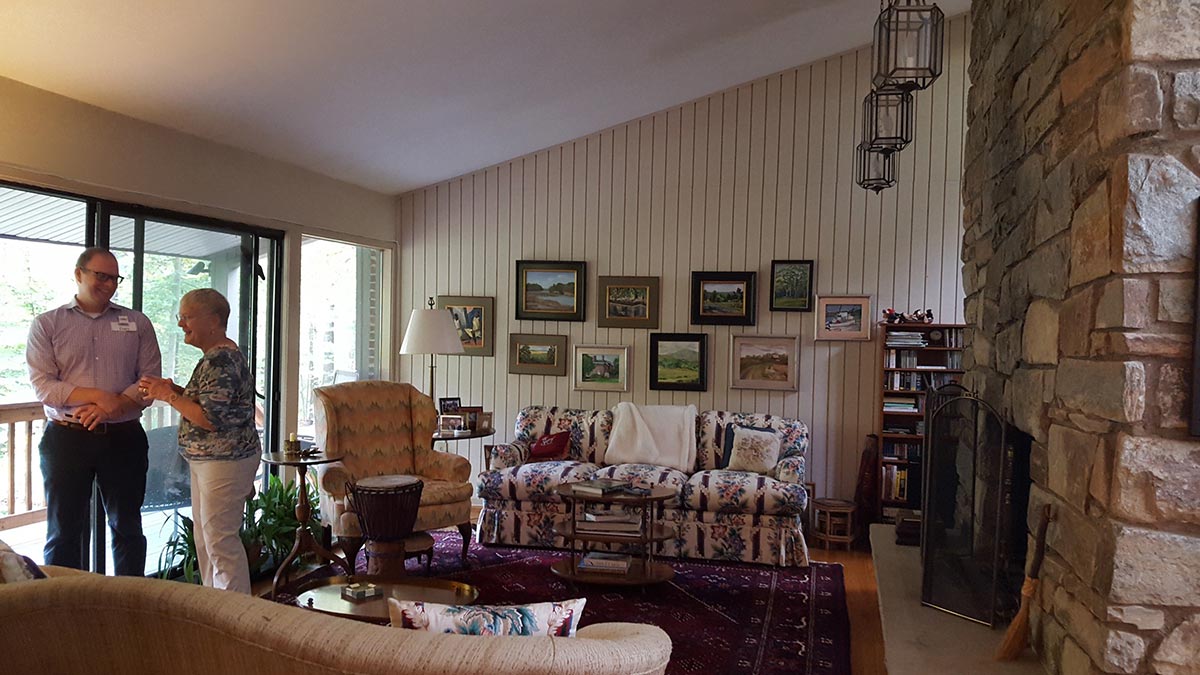 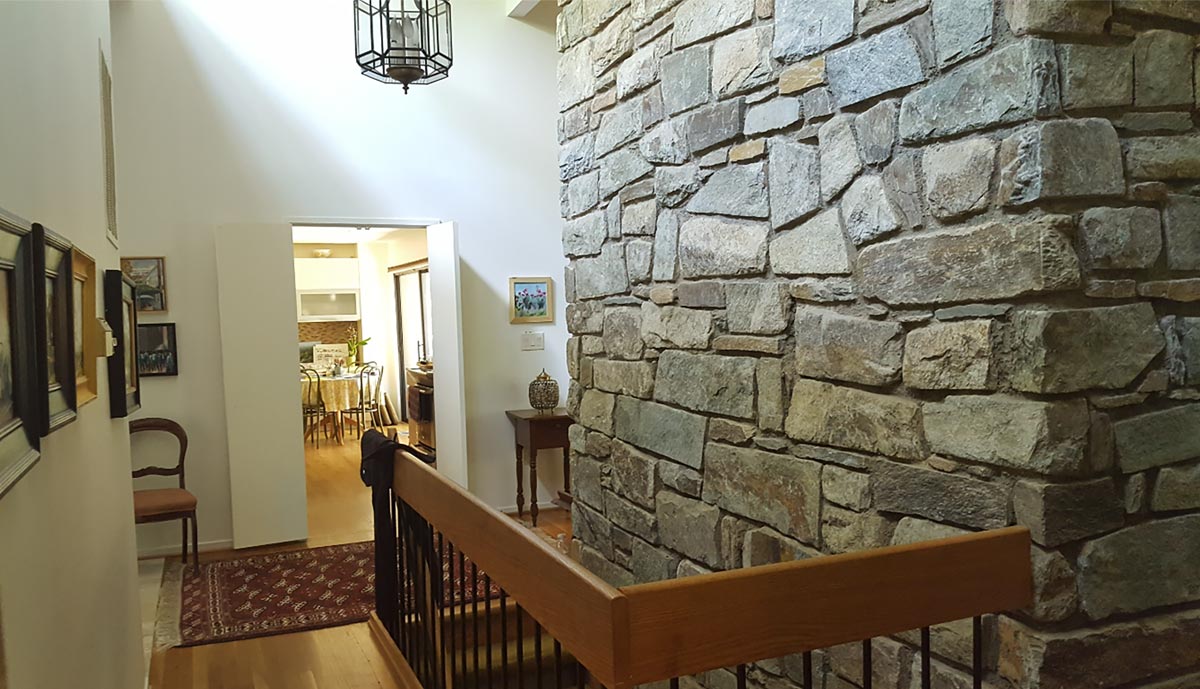 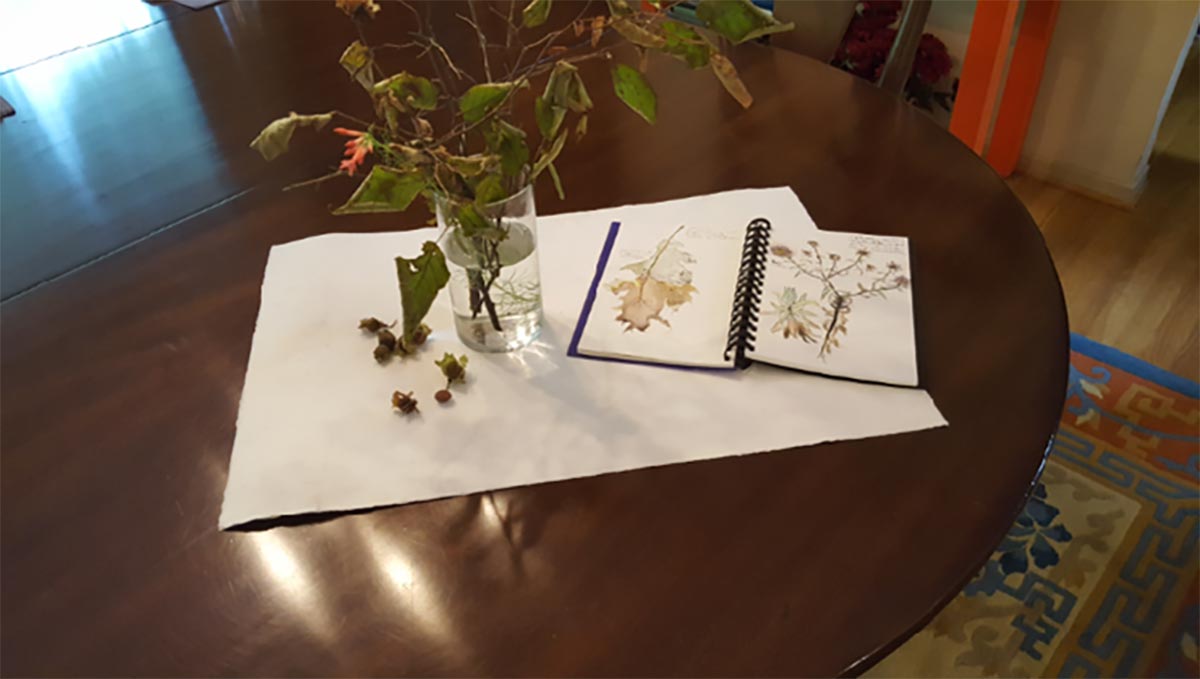 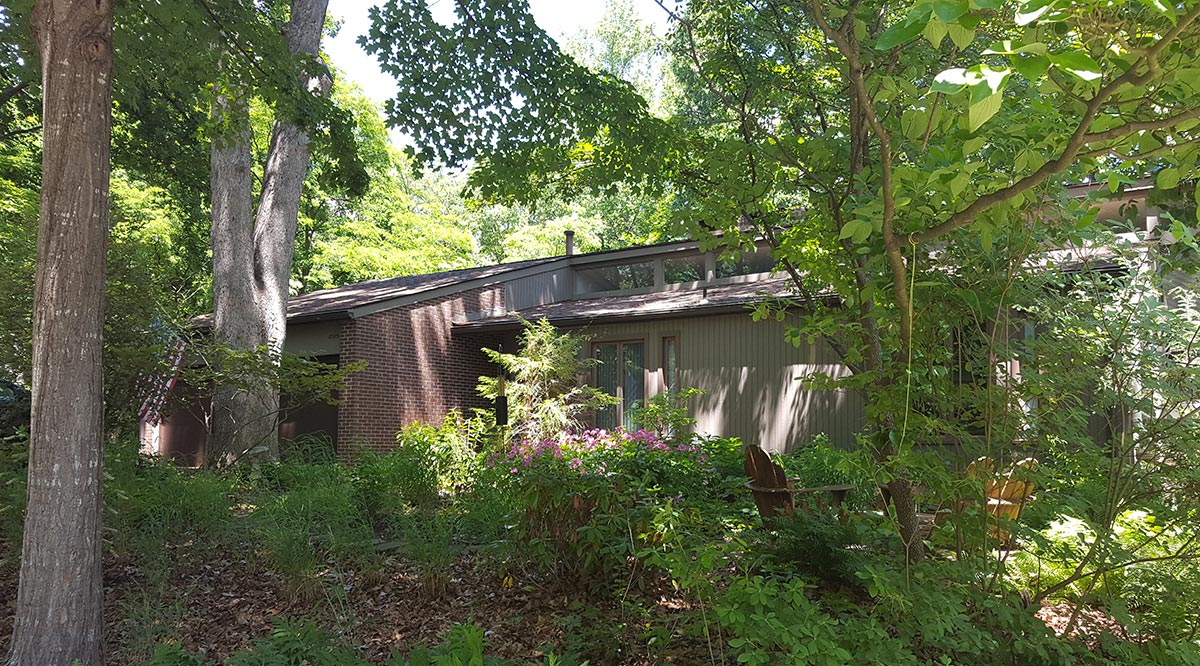 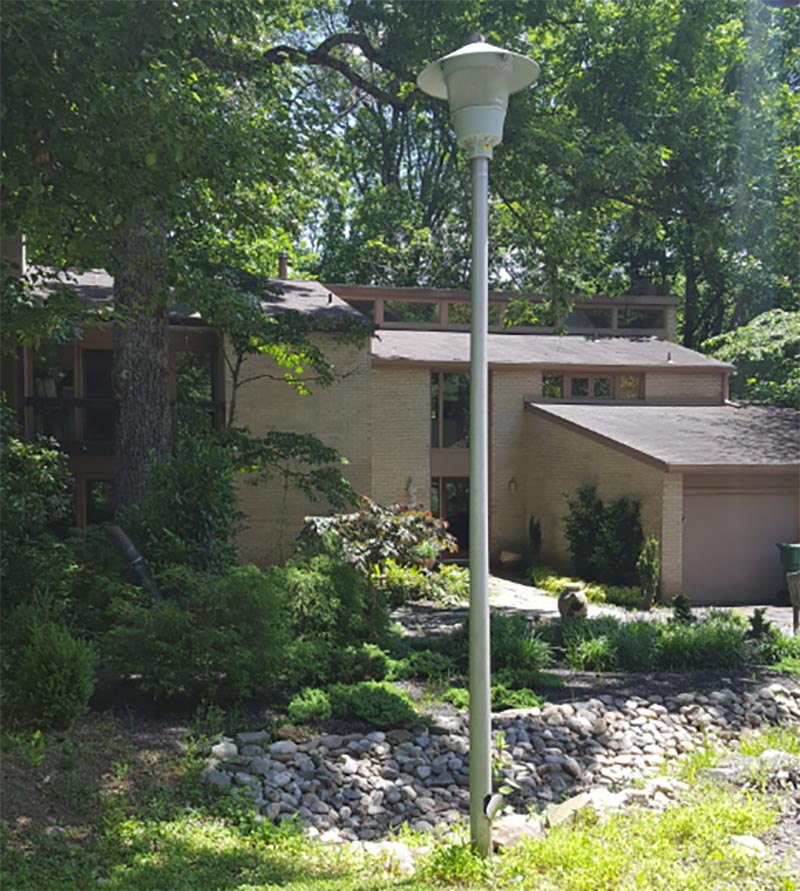 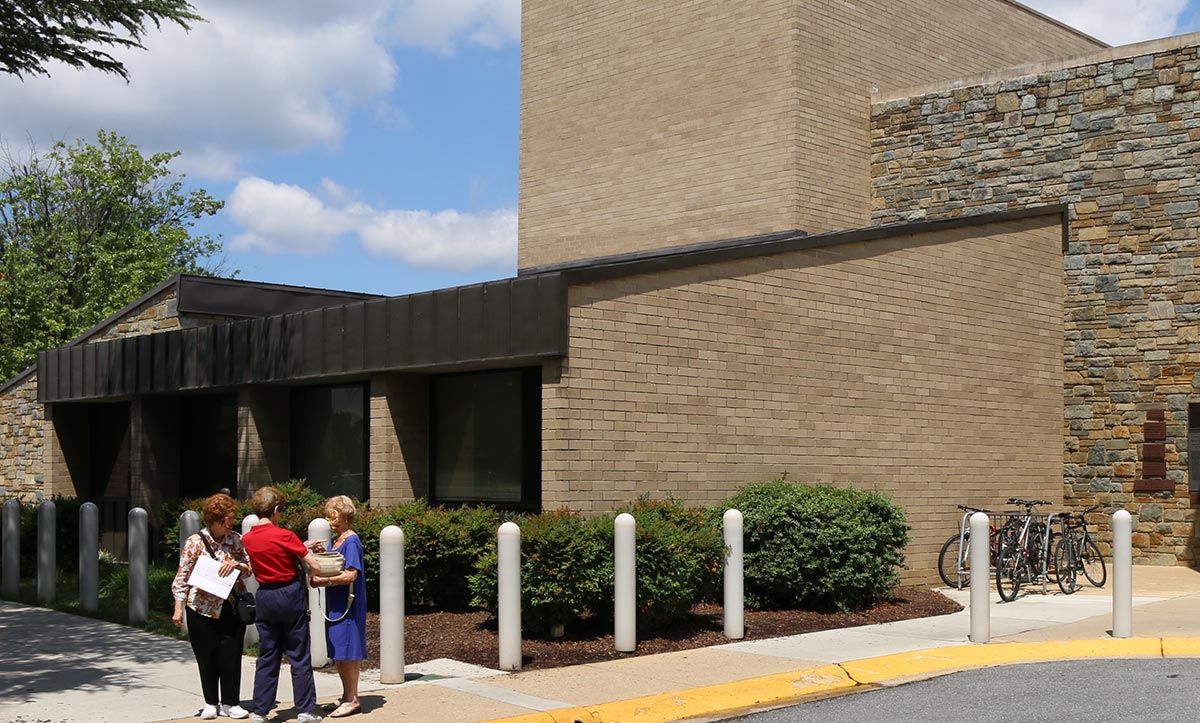 Our final stop was the Bender JCC, built in 1969. Cohen, Haft & Associates designed the Charles E. Smith Life Communities Campus, which also includes the Hebrew Home for the Aged and the Jewish Social Services Agency. 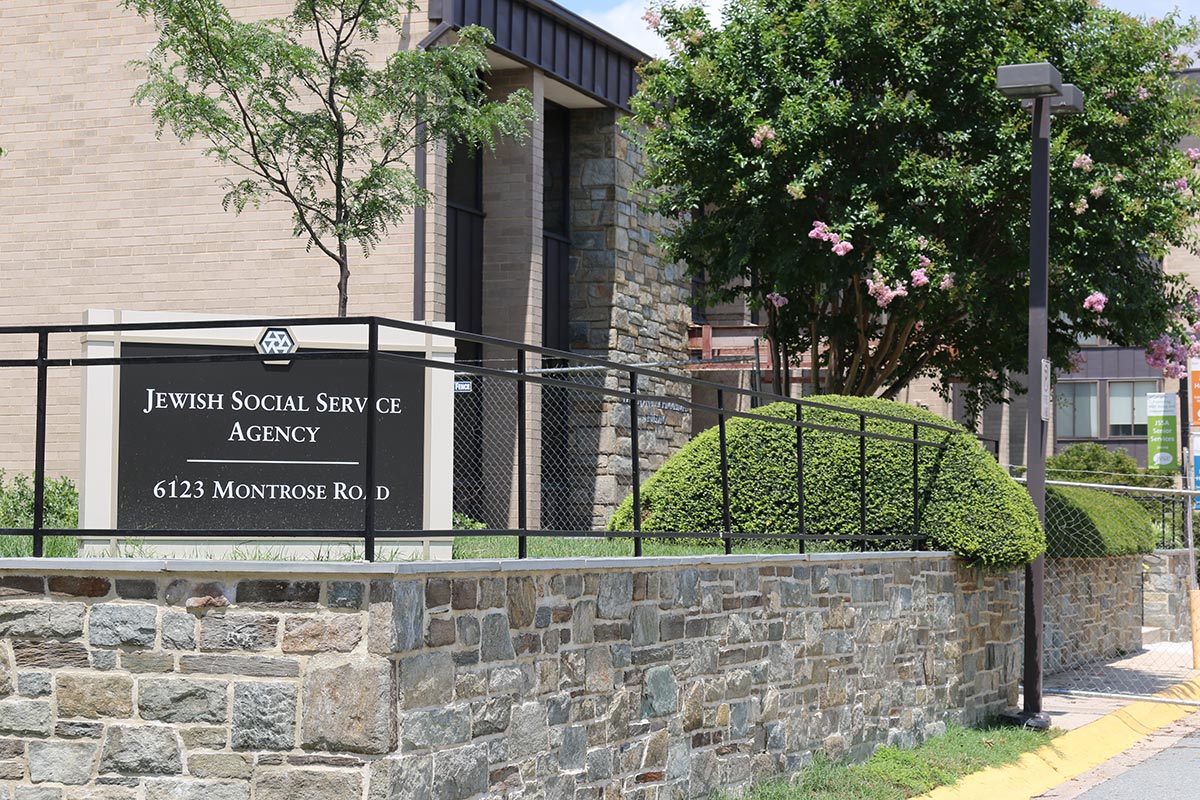 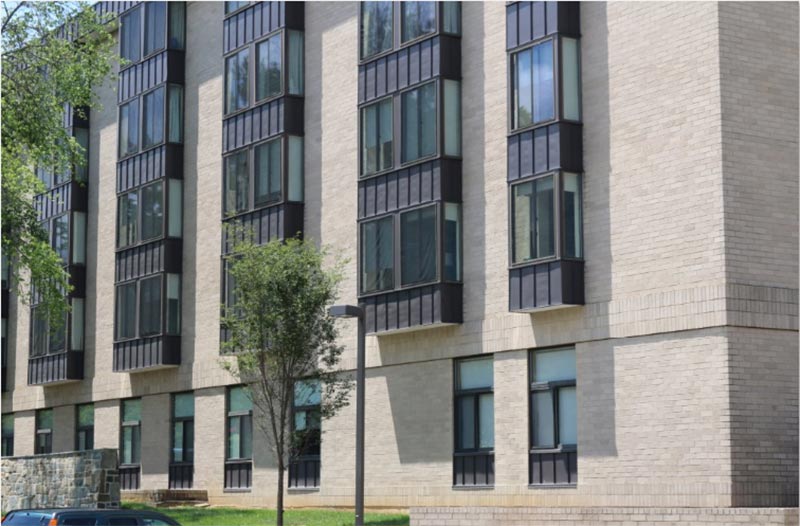 Our enthusiastic group of 33 tour-goers included architects, officials and staff of the Maryland-National Capital Park and Planning Commission, and members of Docomomo and Silver Spring Villages. The tour was also a personal tribute to the firm as it included owners of Cohen, Haft houses as well as Cookie Kerxton, widow of Cohen-Haft partner Jack Kerxton. 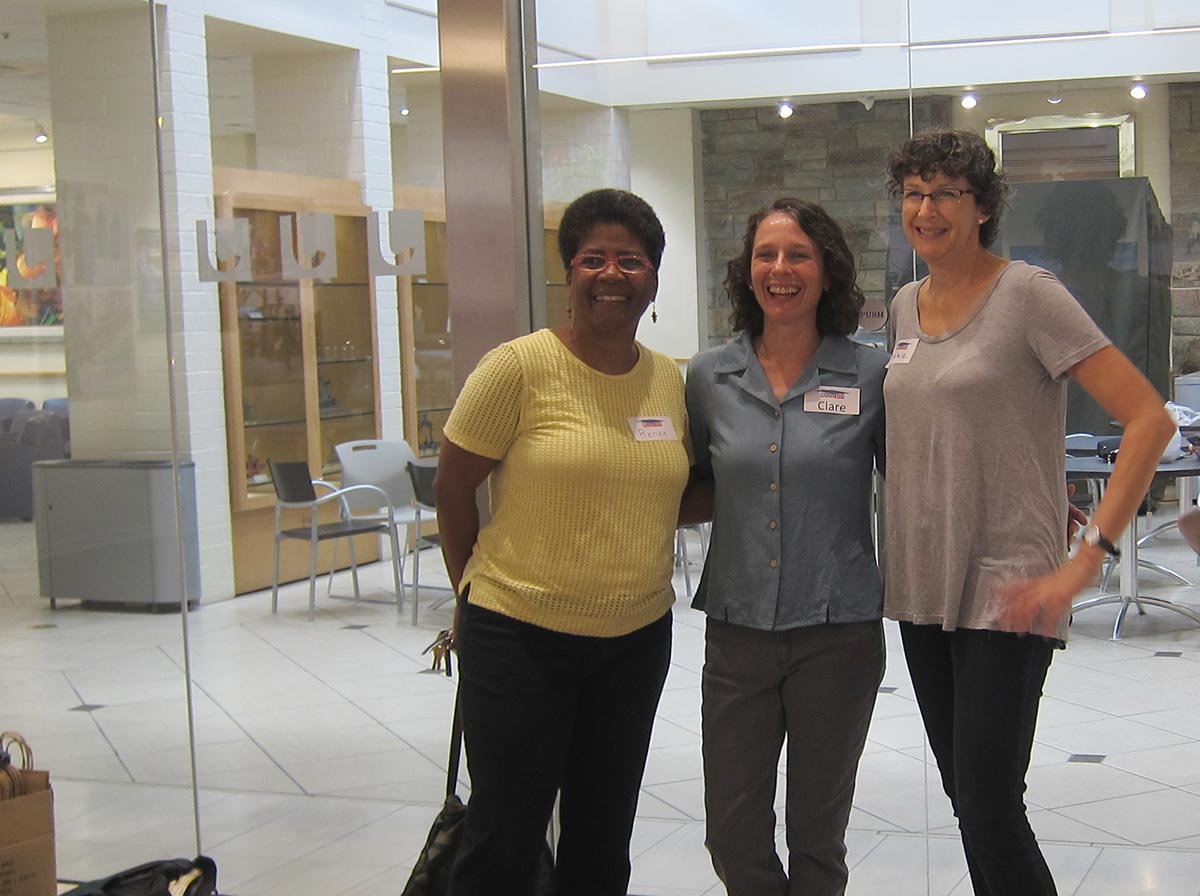 Montgomery Modern is an initiative of the Montgomery County Planning Department to raise awareness of the value of mid-20th-century modern architecture.