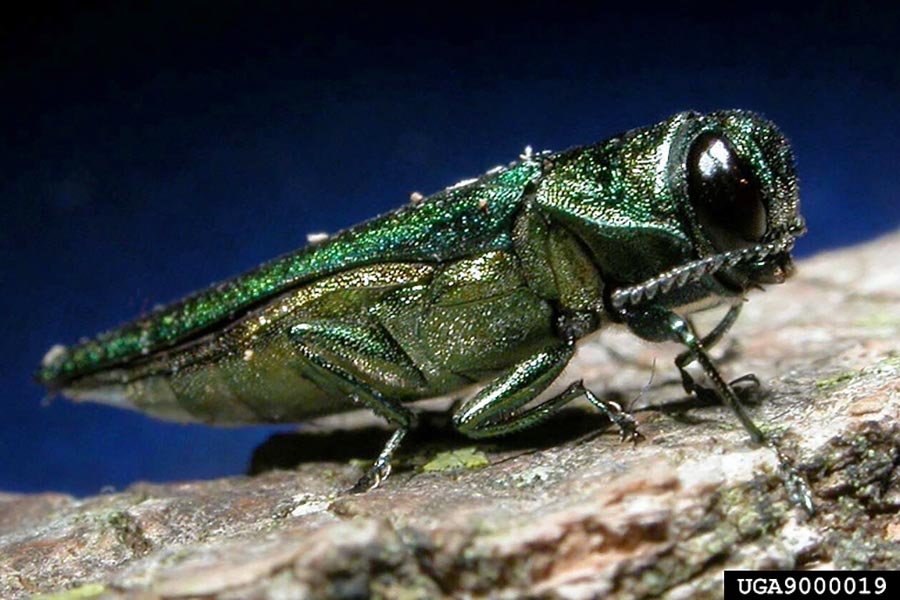 Small but extremely destructive bugs from Asia are causing major disruptions to our tree canopy.

In 2016, the Montgomery County Department of Parks started removing potentially hazardous ash trees from parkland owned by the Maryland-National Capital Park and Planning Commission.  These trees had to be cut down because they were infected by an exotic, invasive insect known as the emerald ash borer.

The larvae from this metallic-green beetle can quickly bore into an ash tree, feed on its inner bark and kill it in one to three years, so the dead tree becomes dangerous to people and property. Insecticide treatments cannot save the tree, so the best strategy is to remove it and get rid of the infected wood.

Although Parks Department staff estimates that only 2 percent of the trees in Montgomery County are ash trees, about 20 percent of the trees in stream valley parks are ash. The Parks Department has focused on cutting down the infected ash trees in areas where they could harm people or damage property, such as near roadways and established trails in the Rock Creek Stream Valley Park along Beach Drive in Chevy Chase and Kensington.

The removal of the infected ash trees in these areas has resulted in the loss of tree canopy, but only temporarily. The Planning Department is assisting the Parks Department in re-establishing the tree canopy lost from the removal of the infected trees. Using the reforestation fund, which is sustained through developer contributions, the Planning Department has overseen the purchase and planting of more than 1,000 trees and shrubs in the areas where the infected ash trees were cut down. 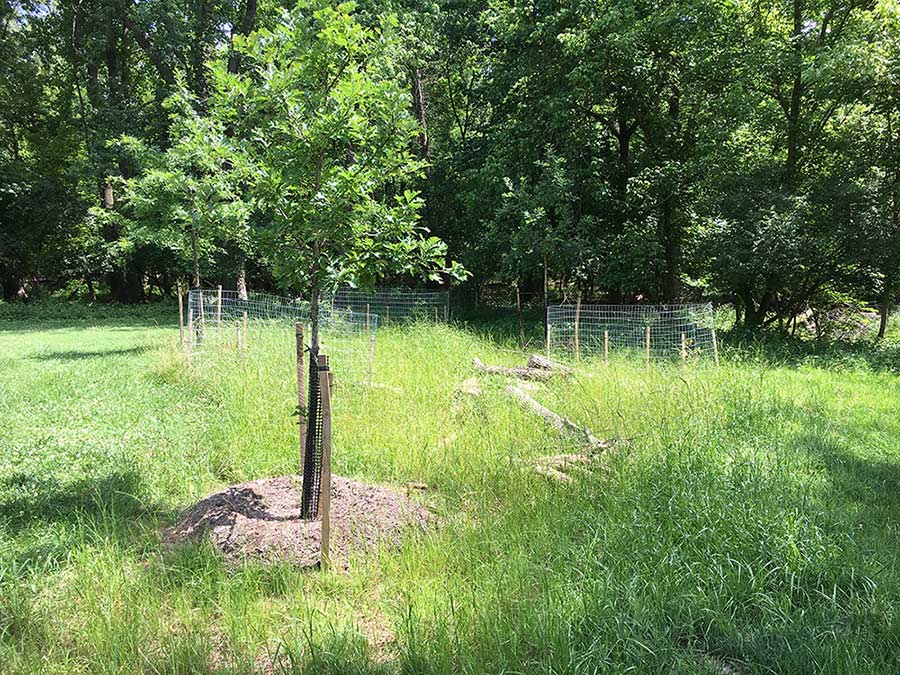 The process of re-establishing the tree canopy is nearing completion with the planting of native trees and shrubs transplanted from the Parks Department’s Pope Farm tree nursery. These species include red oaks, swamp white oaks, black gum, river birch, tulip trees, spice bushes, viburnums and hollies – all of which the emerald ash borer finds unappealing. During summer 2017, staff will work to control non-native and invasive plant growth around the planted trees, and will water the new trees when necessary.

The Montgomery Department of Parks is asking park visitors to help by reporting dead, dying and hazardous trees to its service center at tel. 301-670-8080.  For more information about the emerald ash borer, please visit www.EmeraldAshBorer.info. 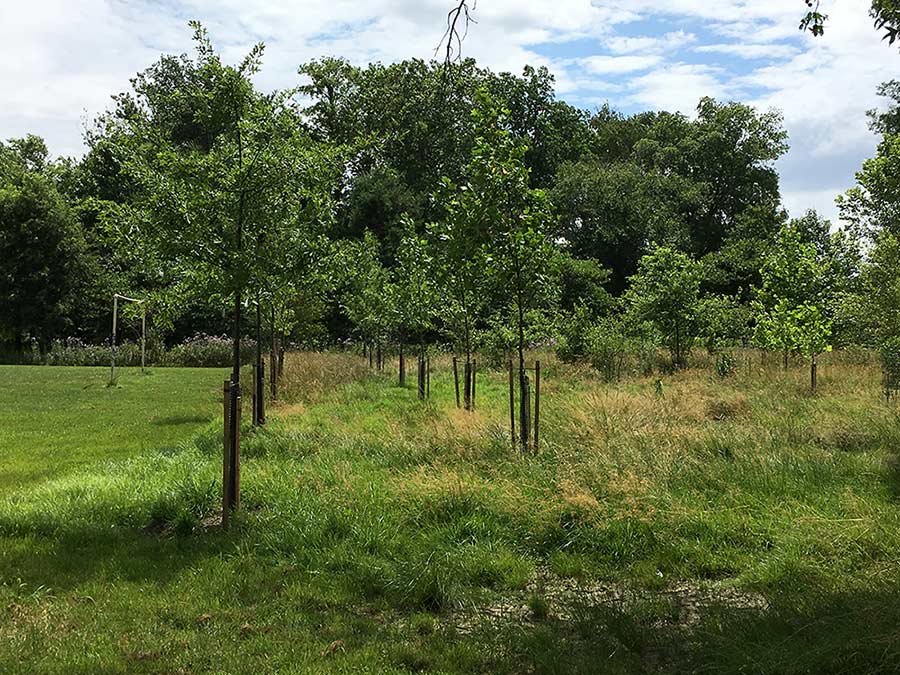