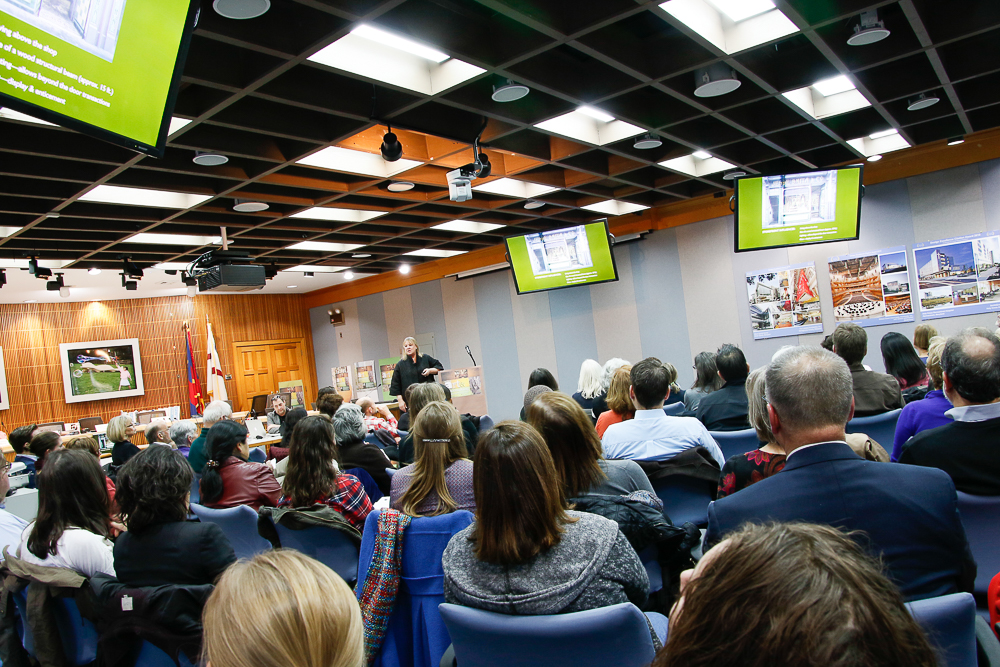 “It’s all in the combination of great details,” said Paula Rees, principal of the Seattle-based firm Foreseer, while revealing her secrets to placemaking to a large audience at the Montgomery County Planning Department. Rees showed image after image of public artworks, quirky signage, “tattooed” facades and inviting storefronts to demonstrate her points.

Her lively projects at Pike and Rose in North Bethesda, Santana Row in San Jose, Assembly Row in Boston and other locations were part of an inspiring presentation that drew a standing-room-only crowd to the Planning Department’s auditorium on December 2.

Rees started her talk with a basic definition of place as “space plus people.” The challenge of placemaking, she continued, is to “add up the details to make people pause” and experience delight in their environments.

“Great places are hard to formulate and often they are messy,” Rees admitted. “A real place is not a brand.” 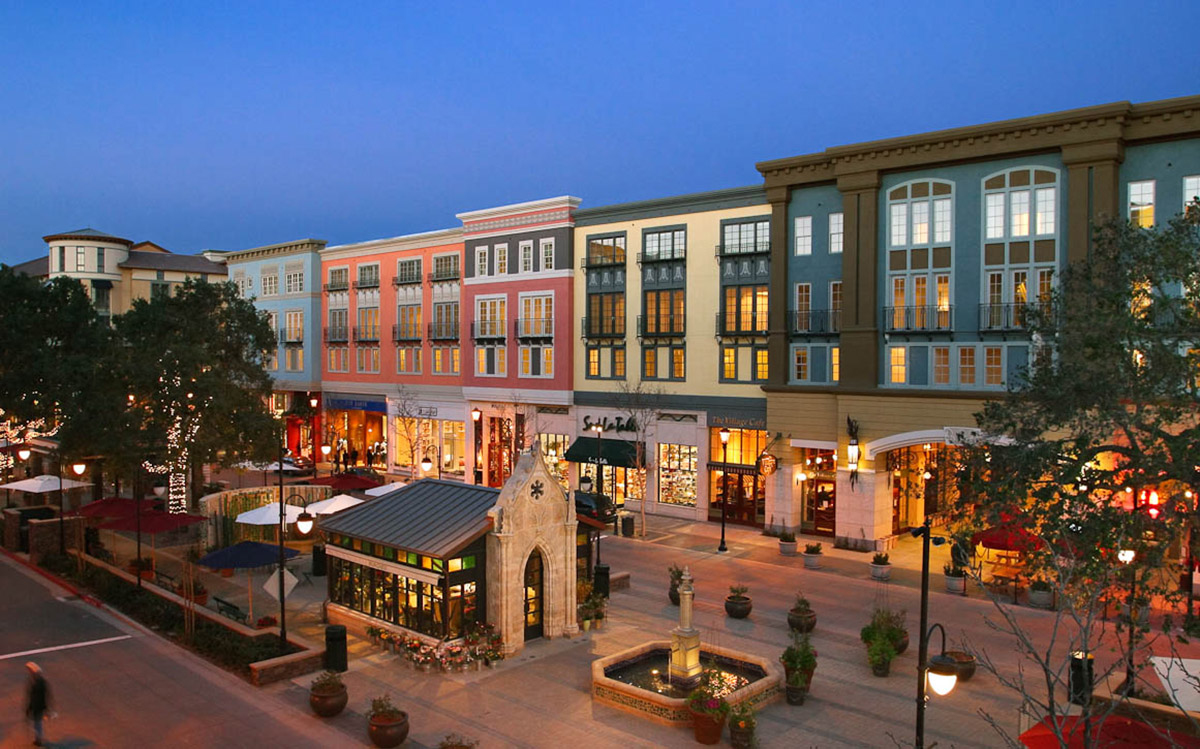 The Third Place — spaces for meeting and socializing outside our homes and offices, and the focus of this blog — need to be appealing to all the senses, Rees pointed out, not only through colors and textures but also sounds and smells. All these elements contribute to the sensuality of a place, part of building a strong relationship between pedestrians and their surroundings.

Rees mentioned the uniqueness of this approach – “only about 3 percent of developers are interested in public art” — and talked about how we have become so used to ugly places. She felt this ugliness is based on the dominance of cars, a lack of scale, too much monotony and attempted efficiency.

Her presentation underscored the goal of the Planning Department’s Design Excellence initiative, to encourage developers to raise the quality of architecture, landscapes, streetscapes and places in Montgomery County, and eradicate suburban blight. Learn more about the Design Excellence program.

Rees said that by incorporating a vision early in the development process that is inclusive of color, art, textures, design details and by getting everyone involved on the same page, the cost of placemaking is offset by the tremendous value it can generate for the place, neighborhood and region.

Behind Rees’ visionary placemaking are practical methods, starting with research into the history and culture of the site. She collects this information in a book that serves as the basis for the artworks and designs created for a development.

“My job is to create and protect beauty,” Rees noted, comparing her job to an air traffic controller in coordinating teams of artists, designers, fabricators and installers for each project. She works directly for the project developers instead of the general contractor, “so the art doesn’t get value-engineered.”

During the presentation, Rees dissected each element of the streetscape to explain the rationale for its success. The best storefronts are designed at a human scale, she asserted, with their bay width and height spanning the equivalent of two people plus their personal space – about 15-16 feet.

Signs need not be large to be noticed. “The smaller the sign, the better the quality,” said Rees, pointing to a tiny Prada logo above a huge storefront.

Blade signs are particularly important in “letting pedestrians know what’s up ahead.” 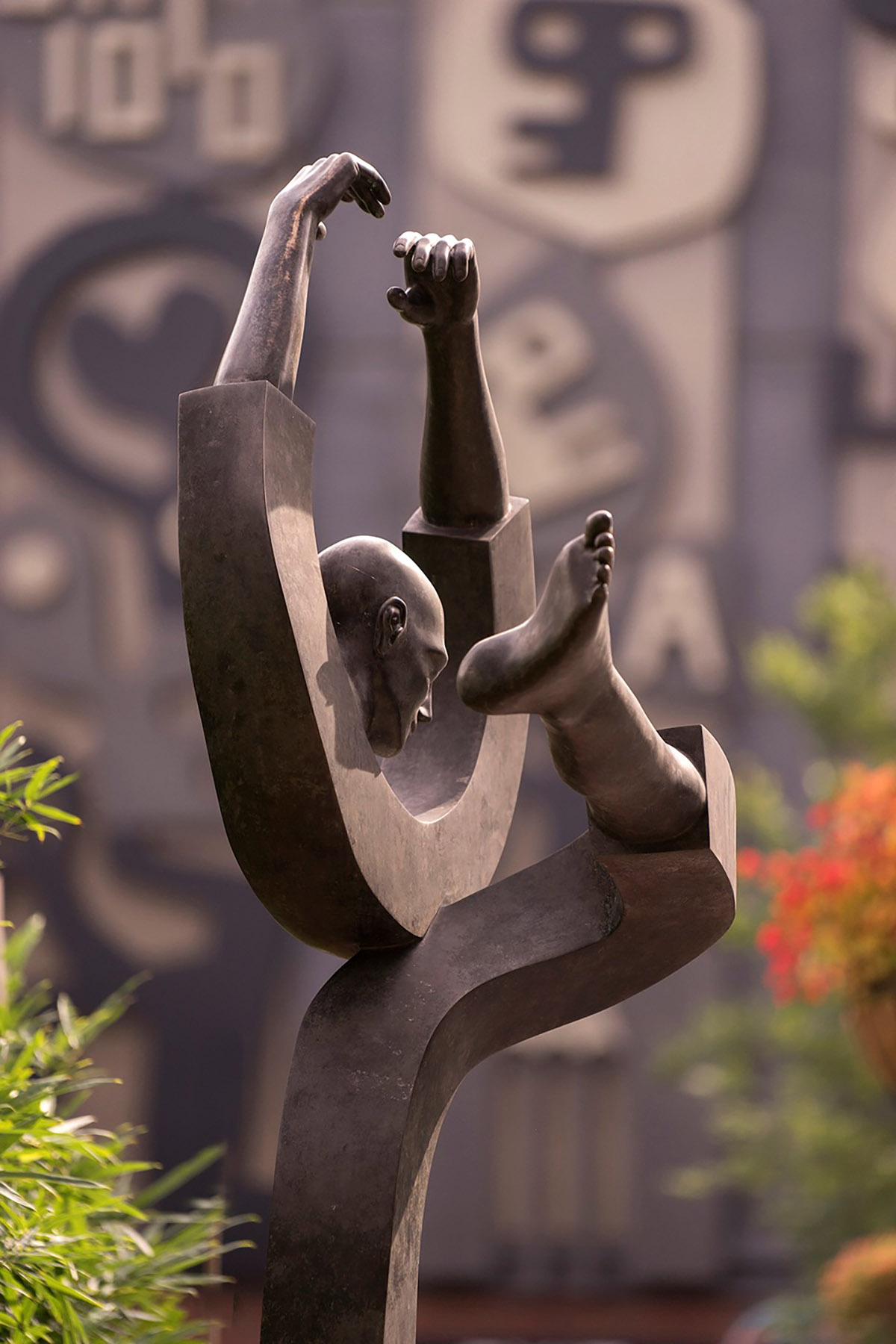 Artworks, such as this sculpture, in private developments enhance spaces where pedestrians want to pause.

Her work at Pike and Rose includes an interactive fountain for children that has been so popular that one of its sculptures became detached from overuse. “We are working on getting better fasteners,” said Rees. Another sculpture in the development is based on an egg beater she purchased in France.

These artworks exemplify Rees’s attention to the fine grain of placemaking, inviting us to pause and linger over the details. 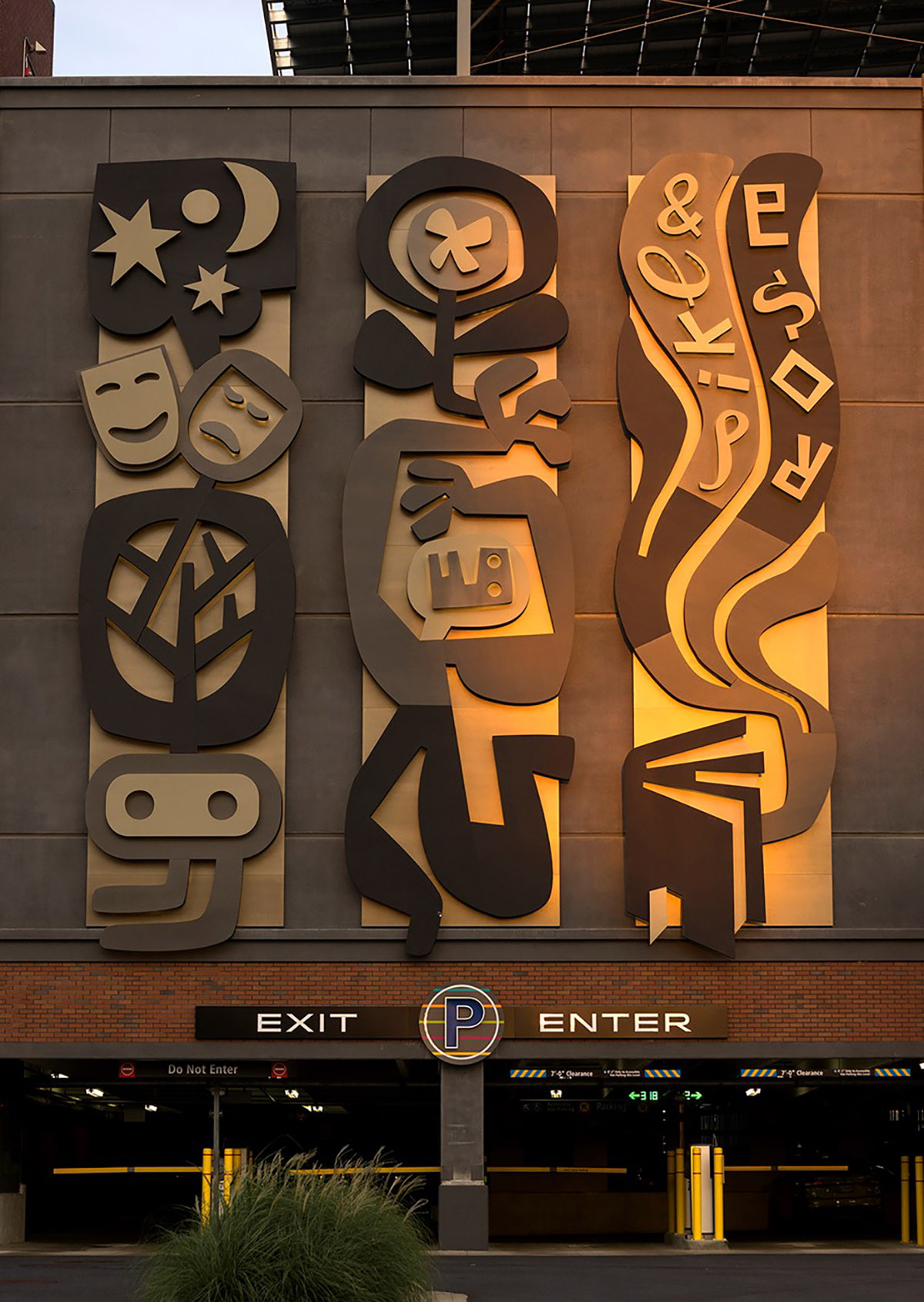 At Pike and Rose in North Bethesda, this public art creates a gateway into the public parking garage.

One Response to “Placemaking Presentation Focuses on the Details”