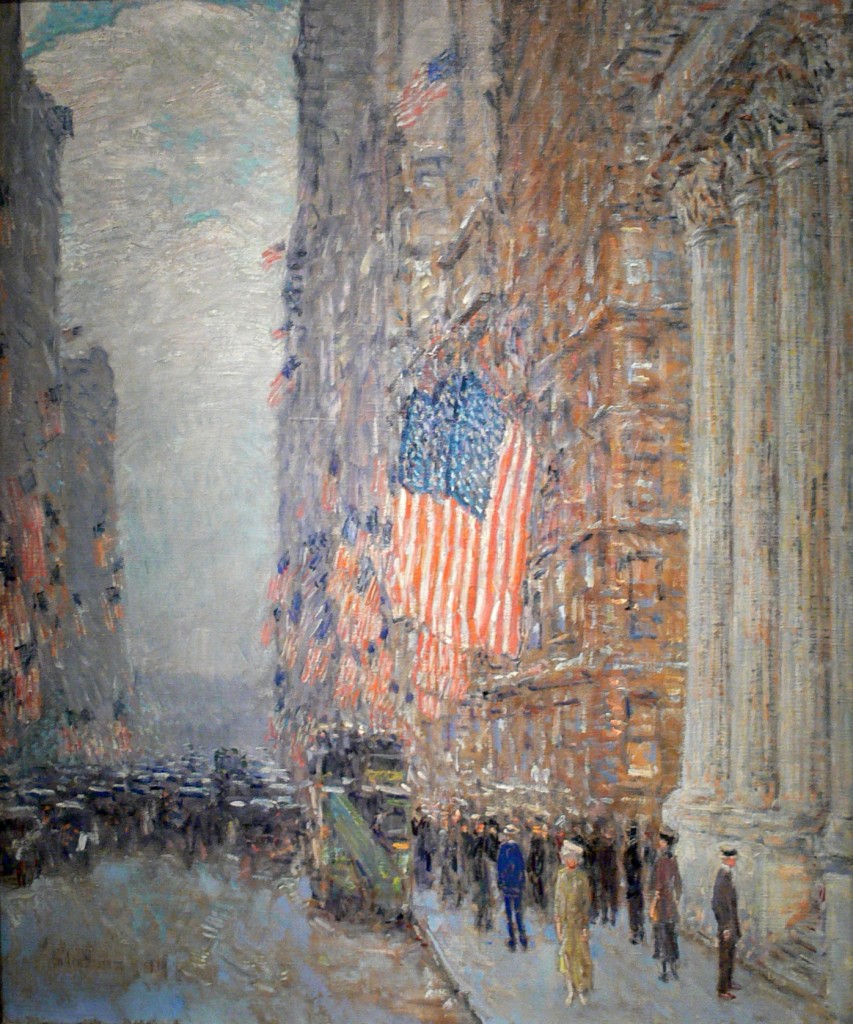 Childe Hassam’s painting of New York’s Fifth Avenue captures the exuberance of the shared environment of a city street.

At a panel discussion in late October, where architect David M. Childs of SOM received the George White Award for Excellence in Public Architecture from the American Architectural Foundation, the notion of joy in planning came up.

Amid discussions of floor area ratio, compatibility, function, and infrastructure, bringing up joy seems frivolous in the least, perhaps even foolish.

Childs recalled that he and George White, the ninth Architect of the Capital between 1971 and 1996, proposed allowing ice skating on the reflecting pool, an idea that was quickly dismissed as not serious.

But imagine the feeling of gliding between Lincoln and Washington. That stretch of city would become a place for people as well as a place for history. I love pedaling in the bike lanes down the center of Pennsylvania Avenue; it is my opportunity to participate in the monumental avenue.

Architectural historian Vincent Scully wrote “Flags snap, high heels tap: a little sex and aggression, the city’s delights.” It is one of my favorite quotes about urban life and environment. It captures the anything-can-happen excitement of downtown. He takes delight in the urban physcial environment and the social environment that it provides a stage for.

So how do you incentivize joy in project review? I don’t think it can be quantified or measured, but it is something that you know when you see. I hope there is room to create joy in between the regulations.

And consider as well how joy can contribute to sustainability, by using one place for many purposes. Layering uses is an efficient appraoch to resources—good planning by any measure.