May is National Preservation Month and this year’s theme, “Discover America’s Hidden Gems”, got me thinking about Montgomery County’s rich collection of historic places.

Historic and architectural gems we have. But hidden? In a county just outside the nation’s capital, with a population rapidly approaching a million people, it is hard to think of much as being hidden. Whether or not we live or work in a historic building, most of us encounter historic buildings or landscapes on a daily basis as we navigate the County.

But how often do we stop to appreciate these places, or take the time to discover new places? So to help you, historic preservation staff have prepared a list of places we think people should discover and celebrate.

Some people love lists. I am in another group – the reluctant list-makers – concerned about inadvertently leaving off the list something deserving inclusion. So with the caveat that the following is by no means definitive and advanced apologies if we have left off your favorite building or opened people’s eyes to your much-loved secret place, here is what can only be considered a partial list of thirty-one Montgomery County hidden gems, one for each day of Preservation Month. Some are hidden in plain site; others are known to some, but should be enjoyed by many.

4. Bonfields Service Station| a monument to the age of automobiles|  6124 MacArthur Avenue, Bethesda 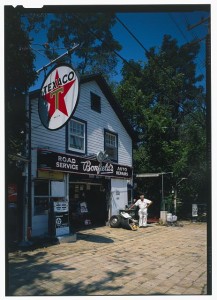 5. Boundary Markers of the District of Columbia, Montgomery County locations | stones placed in 1791 and 1792 to mark the boundary of the nation’s new capital | multiple locations 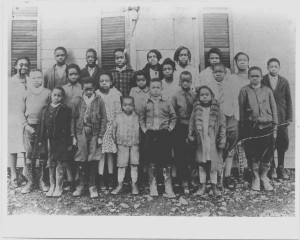 8. Carderock Springs (listed in the National Register of Historic Places) | A “visual community” of 275 mid-century modern houses designed by Keys, Lethbridge, and Condon and developed by Edmund J. Bennett between 1962-1966 | vicinity of Seven Locks Road and Lilly Stone Drive, Potomac 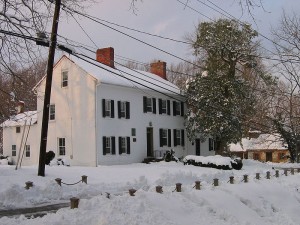 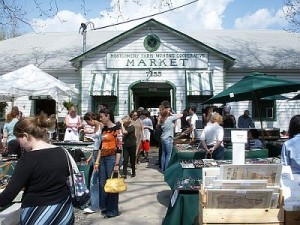 15. National Park Seminary (listed in the National Register of Historic Places; listed in Endangered Maryland 2011) | Short-lived resort served as a finishing school for young women and annex to Walter Reed Army Hospital before being saved and rehabbed as a residential community | Linden Lane and Dewitt Drive, Silver Spring 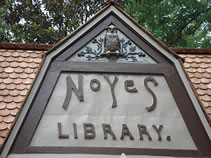 21. Seneca Historic District (listed in the National Register of Historic Places)| more than 3,800 acres of agricultural and parkland rich with historic sites| River Road and Sugarland Road, vicinity of Poolesville 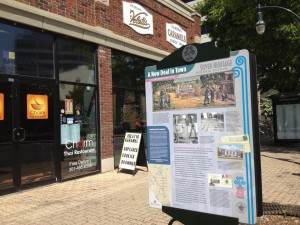 a walk through time

Keep in mind that many of these places are privately owned, so if you visit, please respect their owner’s privacy and limit your visits to looking at building exteriors from publically accessible locations. Additional information about many of these resources is available in Places from the Past and from the sources linked-to in the preceding list.

We hope you will get out and visit our county’s great historic resources during Preservation Month, and tell us what would be on your list? To help you with your list, use our interactive mapping tool to discover historic places across the County.