Like a triple play or a blue moon, round houses are rare and wonderful things. But even though we always stop to look, we rarely buy. Round houses just don’t fit our image of home–a front door tucked under a gable roof. Instead, they look like something that’s just landed from another universe. 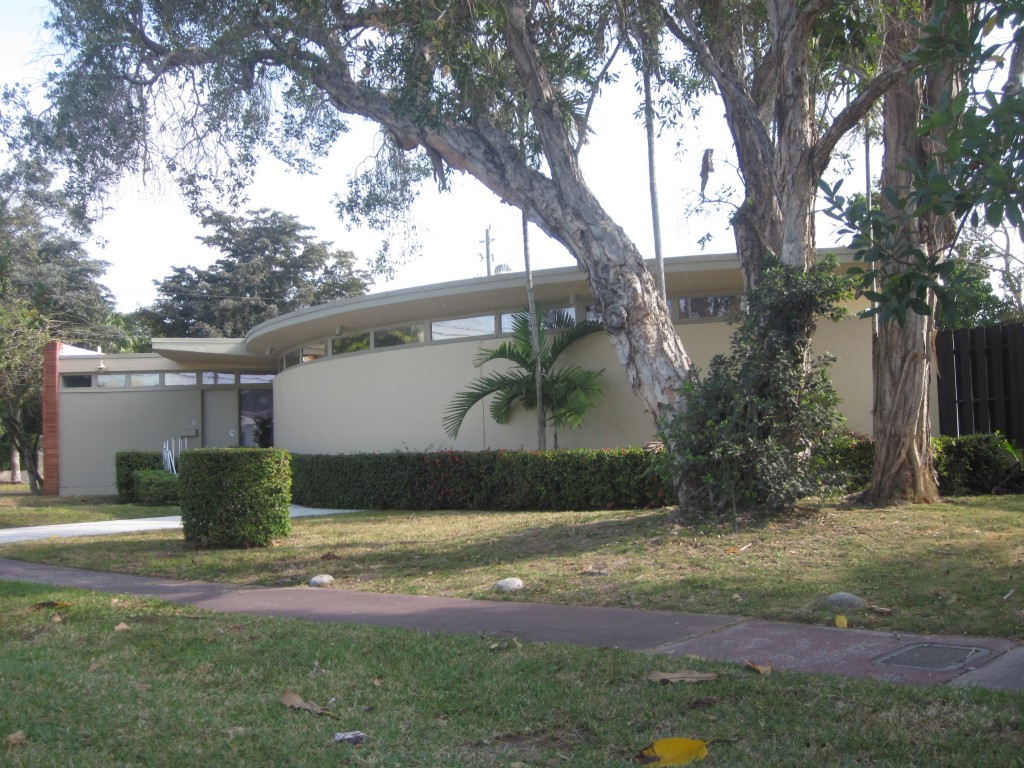 Building materials may be one reason we live in boxes rather than bowls. Teepees and yurts made of cloth and skins are self-supporting without a foundation. Even more contemporary materials like steel and concrete can be molded into round structures. But most home-building is stick-built construction. It takes effort and skill to shape two-by-fours into a round structure. (A more subtle influence might be lot shape–you don’t find many circular pieces of property.)

When we do build round, it’s often with a mission. In the 1850s, Orson Squire Fowler advocated his Octagonal Houses claiming they were cheaper to build and easier to heat. He was also an advocate of phrenology and wrote an advice book, “Perfection of Character.” 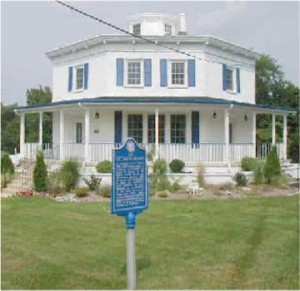 More recent round houses include Buckminster Fuller’s Dymaxion House, which he designed to use heat and water more efficiently. Fuller was a perfectionist and refused to begin production on an unfinished prototype. But the Dymaxion house, which ignored local site conditions and architectural traditions, probably never would have become a popular new neighbor. 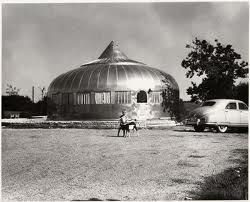 The round house, may be shorthand for a kind of jet-pack futurism or ski lodge grooviness, but it’s not the kind of place we like to call home. 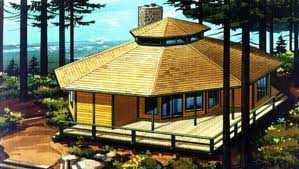 what would Norman Rockwell say?

2 Responses to “Round House Weirdness”