Rockville’s King Farm was designed as a transit friendly community, with a gridded street pattern lined by street fronting homes on small lots. So that’s the community part. Now that the transit part is coming along, the pull of suburban standards is proving strong. 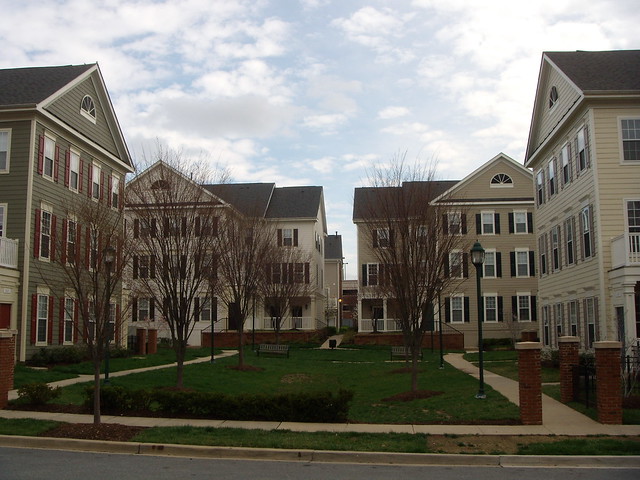 In this article, A Community Planned for Transit Now Resists It,  residents are quoted as saying the transit line will create a wall within the community. But this is not the Baltimore and Ohio Railroad and King Farm is not Union station.

Why do people never point out that waiting with your neighbor at a station in the morning is a great time to chat and get to know each other–much better than driving home in your car, hitting the remote to open the garage and cruising almost directly to the television?

The cars and lawns of suburbia really do create castles–complete with moats and battlements.

3 Responses to “Even the Best Laid Plans…”