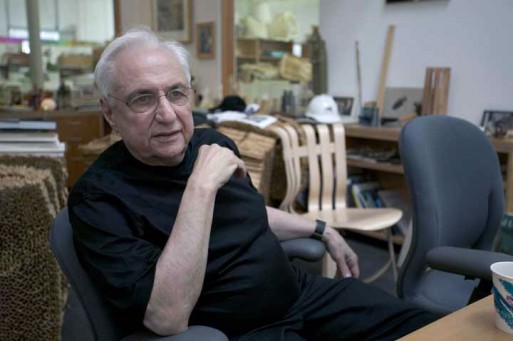 I loathe the term starchitect. All too frequently it’s employed to broadly dismiss any form of new architecture by painting architects (not just the good ones) as a ego-driven prima donnas. So you can imagine my dismay when Frank Gehry, the starchitect’s starchitect, opened his mouth and gave critics plenty of fodder by declaring that sustainability and the LEED rating system were “bogus” and “political.”

On the one hand he has a point. LEED is fraught with shortcomings. The fact that it gives equal weight to bicycle storage, which encourages environmentally responsible behavior, and heat island reduction, which actually provides an environmental benefit, is nutty. LEED-rated buildings in transit-inaccessible locations are generally less environmentally friendly than typical construction in dense, urban areas. Furthermore, all signs point to the most important aspects of sustainability becoming law, either at the federal level through cap-and-trade (or whatever it’s called) legislation, or local zoning and land-use requirements.

However, Susan Szenasy, editor of the design magazine Metropolis, points out a disconcerting trend among the discipline’s most prominent professionals. Architects were once stalwarts of progressive and socially-responsible movements. The modernist movement was in part an attempt, somewhat misapplied, to create better, more affordable buildings by harnessing industrial production power and the Fordist mass-production mentality. Today, that type of forward-thinking seems to be lost to more esoteric musings on the city in the era of globalization or the role of parametric modeling in computer aided design (I doubt most practitioners could give you a straight-faced explanation of the latter).

Szenasy notes that twenty years ago, much like today, leading architects were nowhere to be found when ADA guidelines were under consideration.

“While architects held meetings about the legal implications of the ADA, none of their anointed “leaders” came out to cheer them on. No Gehry or Meier identified the ADA as presenting an important design problem. And so in the ensuing years, as insensitive interpretations of the law grew in number— from obscure way-finding to awkward ramps—I kept wondering, How would the world look and feel if the stars of architecture decided to stand up for the good of humanity?”

For Gehry, the real question is why he bothered to open his mouth? His ideas on architecture, namely the building as an inhabitable piece of sculpture, have always been less compelling than his talent for turning napkin scribbles into lucrative artworks. And for someone who complained that high cost of green buildings doesn’t pay back over a building’s lifetime, you have to ask, when has a Gehry building ever paid for itself? Certainly, the numerous leak-prone monuments to deconstructivism he’s been sued for aren’t doing his clients any financial favors.

Gehry’s buildings have always been jewels in the landscape, and as a result have been treated differently than your typical office building. That’s fine. Iconic buildings have a specific role in our urban environment and more leeway to make trade-offs between efficiency, performance, and a higher architectural ambition.

But that doesn’t have to be the case. Firms like Behnisch Arkitecken, and Morphosis have managed to adopt LEED and sustainability as central tenets of their practices while continuing to push the formal limits of architecture. It’s reasonable to assume that the next generation of designers, spoon-fed sustainability from birth, will continue to push that agenda forward. As they do, one can only hope that our buildings and built environment improve, and Mr. Gehry’s star quietly fades away.

5 Responses to “Frank Gehry, You Grump”