Before moving to the DC area two years ago, I had lived in New York City for the previous 18 . Never owned a car there (or a local driver’s license!),and it wasn’t until I relocated here that I realized how effortless it was to live a pedestrian life there…Stores were abundant and usually well stocked; restaurants, museums, and galleries were everywhere (…mostly frequented by tourists that we locals had to put up with); and in general whatever you needed ), was at your disposal 24 hours a day.

It’s been a bit of a struggle for me to sustain a similar pedestrian life here. I am still coming to terms with giving up an almost zero carbon footprint to the point of considering purchasing a car. (I’m not quite there yet, but even getting groceries in Montgomery County without one can be quite the task!). This is all understandable, given most of our urban centers are still in their infancy, but it has been interesting to me over the past two years that we have heard our efforts to organize density at the planning department characterized as attempts to “Manhattanize” the county. Far from it. Be assured, the phenomenon we now know as Manhattan came to be as result of a very specific set of circumstances that are not present in the county, and will not be, even if a few 300-foot buildings are constructed.

Once you have lived in a place such as NYC for a while, and if you pay attention to what’s around, you will get a “from the ground up” understanding of what the city is all about. It’s curious how visitors tend to look “up” most of the time, without realizing all the excitement happening around them. I am, of course, oversimplifying this, but could it be this is perhaps why some are so fixated on height as a main issue?

What I am trying to say is this: New York means a lot of different things to many, but it’s a great laboratory to study urban life; one that can teach good lessons emerging semi-urban centers such as ours could benefit from, if we can get past our hang-ups about what’s too tall, or what’s too much. To observe how a complex city such as New York functions, and attempt to understand it as an interesting foil for human activity, can give us clues on how to steer our efforts to make our centers lively, and real. 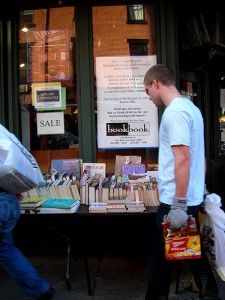 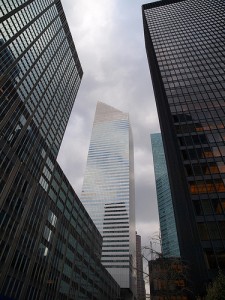