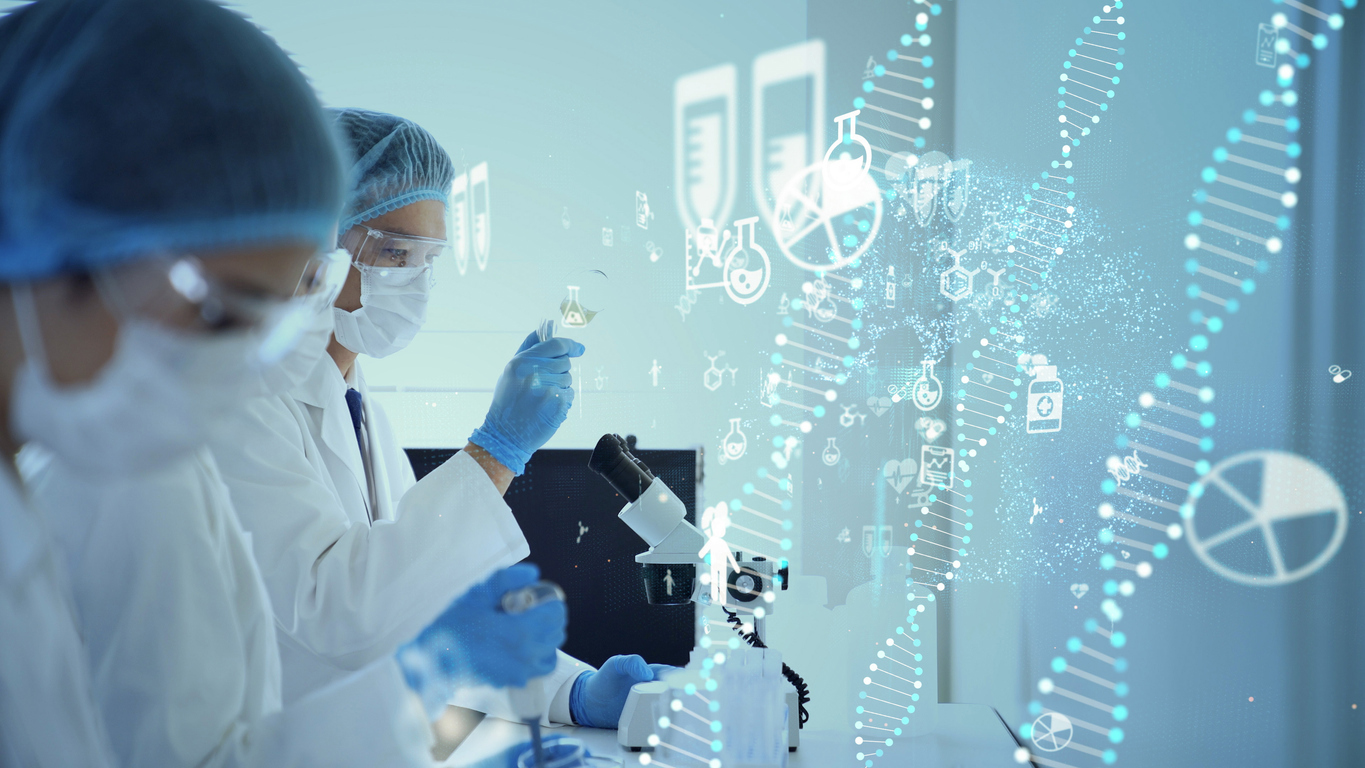 But how do we know if a place is indeed thriving?  We often use publicly available data from agencies like the U.S. Census Bureau and the U.S. Bureau of Labor Statistics to analyze shifts in key indicators of an area’s economic vitality.

Now let’s zoom in on the map and ask a deeper question: do thriving neighborhoods help the people living in them to thrive? Put another way, do neighborhoods thrive because the people living in them improved their economic status, or because people of higher economic status moved in? Unfortunately, this question has been difficult to answer because there have been no large, public datasets that capture changes in individuals’ lives over time.

The Opportunity Insights project is an expansive multi-year investigation conducted by a team of economists and other social scientists, led by Raj Chetty of Harvard University, to assess the state of economic mobility in the United States and to determine policies that may improve mobility. The project is important because it provides comprehensive longitudinal and causal evidence about economic mobility, as well as differences based on race, ethnicity, sex, and even neighborhood.

The key metric produced by Opportunity Insights tracks how an individual’s position in the national household income distribution changes from childhood—when the person’s parents were the main earners—to adulthood. Specifically, it looks at the more than 20 million children born in the U.S. between 1978 and 19831 at two points in time: 1) when they were about 16 years old—in the mid- to late-1990s—and 2) when they were in their mid-thirties (around the years 2014 and 2015). For example, a child whose parents’ combined income was in the 25th percentile of the national income distribution (the bottom quarter, about $30,000 in 2014 dollars) when they are 16 may ultimately wind up in the 51st percentile (the top half, compared only to people of their age) by the time they reache their mid-30s. By virtue of moving up in the national income distribution, this person would be considered upwardly mobile. This blog will use the term “childhood household income” to reflect the initial measure and “adult household income” to indicate the outcome.

There are two important points to keep in mind about the adult household income metric. First, it reflects household rather than individual incomes, so it introduces a bit of bias by comparing people who live alone to households with two or more working adults. Nevertheless, this bias is likely minimized by comparing people at the same stages of life: They compare 35-year-olds to 35-year-olds; not for example 35-year-olds to 55-year-olds, the latter of whom on average earn much more. Second, being “from” a tract only applies to a person’s childhood years. Adult household incomes are counted regardless of whether they stayed in the same tract or moved anywhere else in the nation. 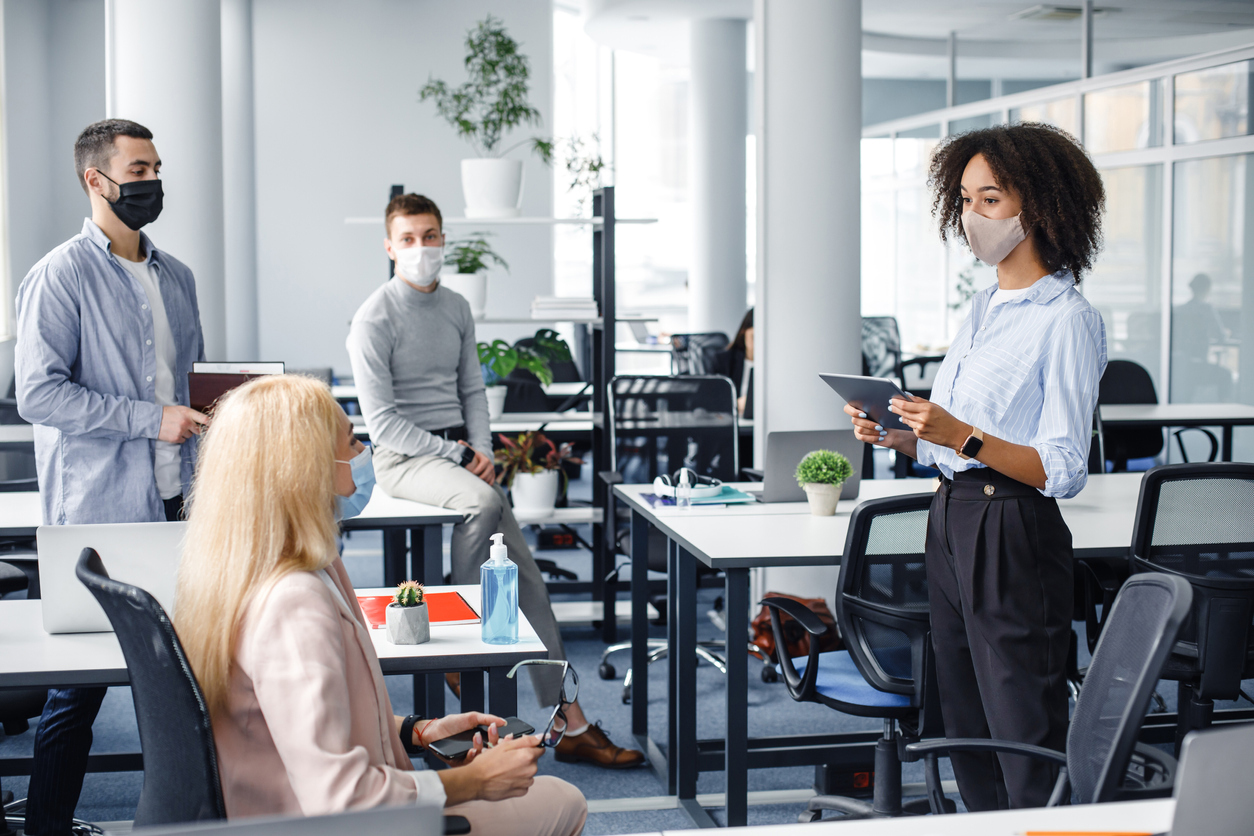 Mobility in the U.S. and in Montgomery County

Mobility levels across the country have fallen significantly over the last century. According to Chetty and the co-authors, while “more than 90% of children born in the 1940s grew up to earn more than their parents…today only half of children” reach this milestone.2 This nationwide decline in economic mobility is due to many factors, including economic policy, industrial restructuring, technological change, and the legacy of racism and discrimination.

While declining overall economic mobility is a deeply entrenched nationwide problem that requires comprehensive solutions, the good news for Montgomery County is that its residents have been more economically mobile than residents of other similarly sized counties. Opportunity Insight’s mobility metrics show that in Montgomery County, a teen living in a household with an income at the 25th percentile nationally in the mid- to late-1990s—not technically in poverty but close to it depending on household size—can expect on average to have made it to about the 48th percentile of household income by their early thirties. This level of mobility—moving from the bottom quarter of the national household income distribution to just short of the top half—ranks 10th out of the 125 largest counties in the U.S.3 Montgomery retains this 10th place ranking in adult income levels when considering all child income levels together, including those raised below the 50th percentile and those raised above it.

Table 1: Average Mobility Outcomes for Children Growing Up in Montgomery County born between 1978 and 1983

Using the first row as an example, the table shows that children raised in Montgomery County in a household at the 25th percentile of household income in the mid-1990s would have had parents earning the equivalent of $27,044 (in 2015 dollars). On average these children would have gone on to earn—either individually or with a partner – about $39,924 by 2015, putting them in the 48th percentile among people the same age nationally.

The Racial and Ethnic Mobility Gap

These promising statistics are in line with the county’s reputation as a diverse and welcoming community. It certainly seems that Montgomery County is a better place than most—at least statistically and economically—for people of color to grow up.

However, a deeper inspection reveals that Montgomery County has not  overcome the racial inequities and wealth disparities that plague the rest of the nation; Montgomery ranks highly not because its own racial and ethnic income gap is small, but rather because the gap almost everywhere else is so large.

To illustrate this gap within Montgomery County, the chart below shows average adult incomes for white, Black, and Hispanic people broken down by the percentile of household income of their parents. Montgomery’s average overall adult household income for white children is $67,657, while for Black children it is only $38,759 (far right set of bars)—an almost $30,000 difference. On average, white children who grow up in Montgomery County go on to form households that earn $1.75 for every $1.00 earned by households formed by Black children, and $1.43 for every $1.00 earned by households formed by Hispanic children. The size of the racial gap in adult earnings is largest for children raised at higher levels of the income distribution, meaning that while children end up out-earning their Black peers from all levels of childhood income, they tend to pull farthest ahead of their high-income Black childhood peers.

As noted above, Montgomery County’s racial and ethnic economic mobility gap is significant, but ranks favorably because it pales in comparison to other similarly large counties in the U.S. For example, Fulton County, GA (where Atlanta is located), ranks near the bottom in the nation for Black economic mobility (116th out of the 125 largest counties). In Fulton County, the average Black child grew up to have a household income just under $24,000 per year, while the average white child grew up to have a household income of just under $64,000 per year. This means that the average white child from Fulton goes on to earn $2.67 for every dollar earned by the average Black child (at the household level), which is the largest black-white mobility gap in the nation. While Montgomery County fares well in Black economic mobility compared to other similar counties, this achievement is only relative, and it has certainly not conquered the problem.

Opportunity and Mobility in Perspective

Opportunity Insights mobility data show mixed results for Montgomery County. On one hand, many people who grew up in the county have been quite upwardly mobile over the last several decades even though the county’s median income slightly declined.  Black and Hispanic people who grew up in Montgomery County have some of the highest mobility levels in the nation. These are hopeful trends upon which we can build.

While these metrics from Opportunity Insights are helpful in determining who is likely to achieve economic mobility, they should not be considered the definitive source of information on the topic. First, the cohort studied has long since grown up, so outcomes may be different for younger groups. The study also looks at income as opposed to wealth—two related but distinct concepts that have different implications for mobility. Ultimately, prosperity and quality of life are influenced by many factors, some of which are difficult or impossible to quantify. We all likely know people who have come out ahead of or behind these generalized mobility outcomes, and even on an individual level the factors contributing to one’s ultimate position on the economic ladder are complex and difficult to disentangle.

With these caveats in mind, the second blog in this series will look at this issue at the neighborhood level and show how the economic success of places is not always shared by the people who live in them.

[1] These records are kept anonymous, and data are not reported whenever there is a remote possibility of identifying someone.

[3] Size determined by total population in the 2010 Decennial Census.

[4] Although children raised at the 75th percentile of household income in Montgomery County appear to be downwardly mobile (ending up in the 63rd percentile on average in their thirties), this is a normal, expected, and in fact desirable phenomenon: For economic mobility to be possible at all, those who start out life higher on the economic ladder must on average concede some status to those who start out at the lower rungs. Additionally, as is evident on the Opportunity Insights web-based map, many rural and agricultural counties in the upper Midwest (i.e. the Dakotas, Minnesota, Iowa, and Nebraska) offer very high household incomes to people in their thirties in the agricultural and natural resource industries, but these earnings may not increase as much over careers as those in metropolitan areas. 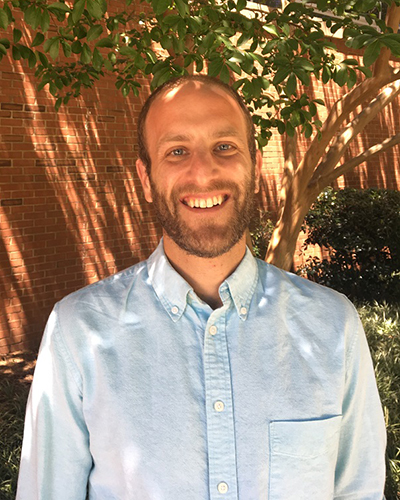 About the author
Ben Kraft is a research planner in the Research and Strategic Projects Division. His research and planning work focuses on topics related to the economy and employment. Ben has a Ph.D. in City and Regional Planning from Georgia Tech and a Master’s degree in Urban Planning from the University of Michigan.