In part 1 of our Future of the Office Market series, we explored how the advent of widespread teleworking in response to COVID-19 may change the value companies place on having centralized office spaces. The reduced need to work from the office will change the amount of office space we need and the types of offices and office districts in which we work. To compound the problem, office vacancy was high in Montgomery County’s 72.5 million square feet of leasable office space and much of this space was poorly suited to modern needs. Media coverage of our 2015 Office Market Assessment prominently highlighted the challenge we face with ‘dying’ office parks. Media continues to focus on economic development challenges in Montgomery County, and the attractiveness of our office space will be key to attracting a larger share of the region’s job growth.

As with our prior post, it is assumed that today’s forecasts have wide margins of error. In light of this uncertainty, let’s take a look at a series of four potential scenarios for Montgomery County’s office sector that could be monitored as the response to the pandemic continues to unfold. The ultimate trend is unlikely to affect the county uniformly: Montgomery County’s 2015 Office Market Assessment defined 11 diverse office submarkets (see the map below). Each is different and depending on the scenario some might thrive while others languish. 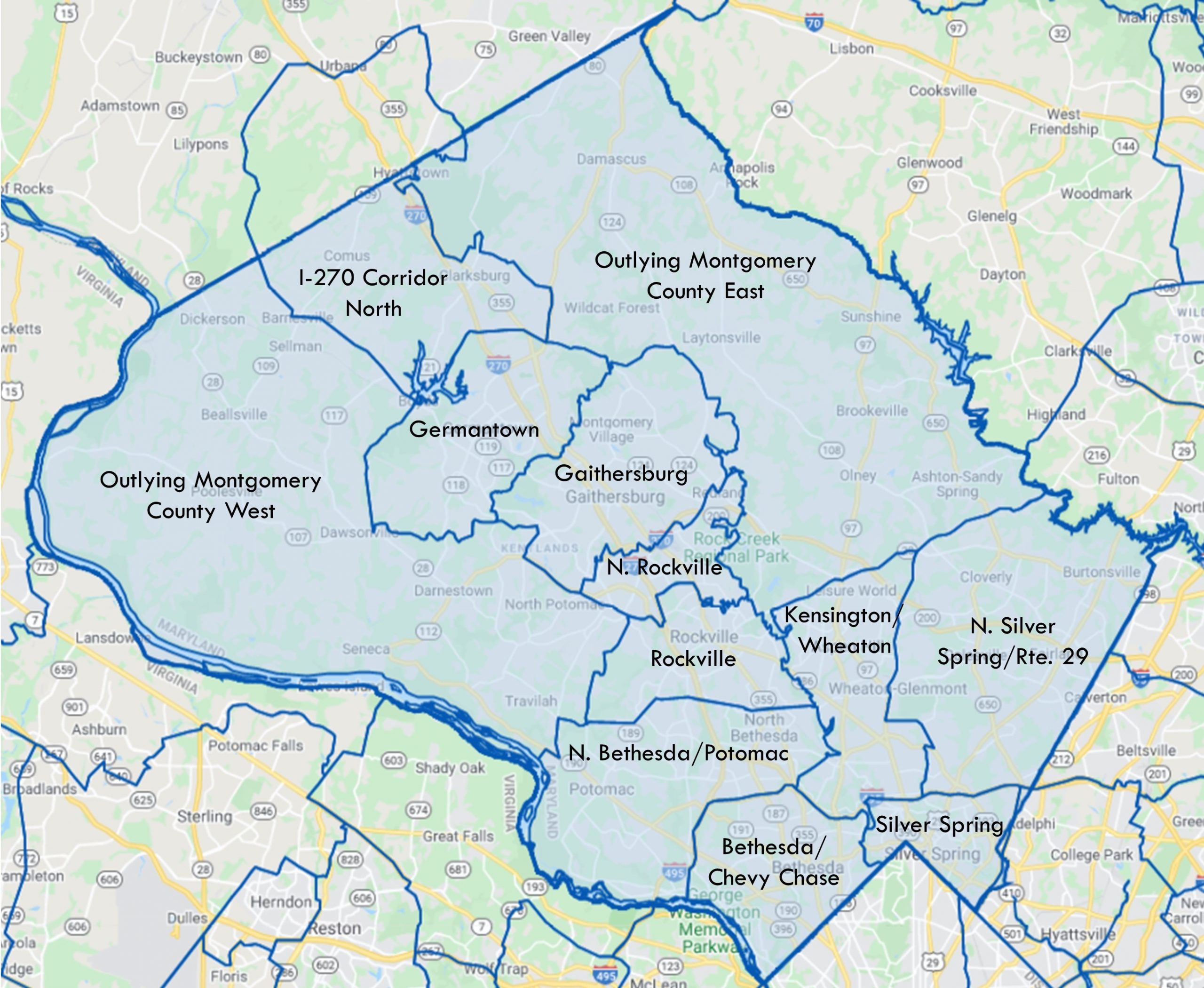 Scenario 1: The regional center best withstands an overall drop in office demand while the decline of suburban office parks accelerates

Submarkets in Montgomery County that would benefit: None, but Bethesda is likely the least negatively affected.

The pre-pandemic shift to urban offices continues but less space is demanded overall. This scenario presumes that once a vaccine is widely distributed, we’ll become comfortable commuting into downtown Washington, D.C., by transit again (and riding up the elevators). In this scenario those markets that offer the most value (i.e. amenities and access to talent) will suffer the least. Based on those metrics the office markets in the center of the region, especially downtown D.C. and Rosslyn, VA, would experience the lowest decline and quickest recovery.

Within Montgomery County, Bethesda and to a lesser extent Silver Spring might remain competitive as they most resemble the core downtown markets. This might, however, mark the death knell for the already struggling suburban office parks highlighted in the 2015 Office Market Assessment as their value is entirely based on their ability to house employees from 9 to 5 with ample parking and easy access to the highway system. Some office parks, particularly around Northern Rockville and Gaithersburg may be less susceptible to this scenario due to the presence of the life sciences industry, which may need in-person access to laboratories and special equipment. 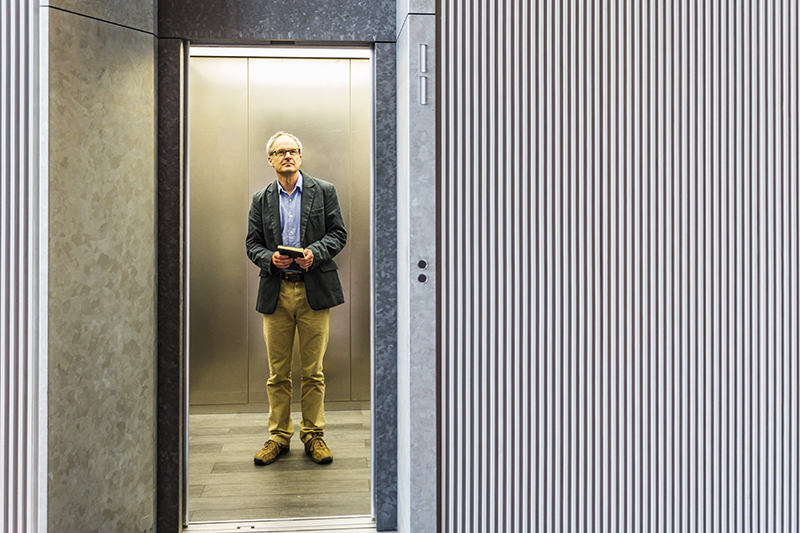 Employee comfort commuting into the urban core will impact the post-pandemic office market.

Faced with a substantial increase in telework and reduced tolerance for commuting into downtown but still needing some physical space, firms may embrace the ‘hub & spoke’ model. This model, highlighted by a recent Cushman & Wakefield Bay Area fact sheet as a potential response to the COVID-19 pandemic, involves a series of smaller offices spread around the urban area in less costly outlying locations conveniently accessible to suburban employees. REI stated it would pursue something like this strategy in the Seattle area when it announced it would sell its un-opened new headquarters.

It is likely that firms pursuing this strategy will want some level of urban amenities for these satellite locations. Within Montgomery County, office submarkets that offer transit access and elements of the urban amenities enjoyed downtown but with closer proximity to suburban workers—such as Bethesda, Silver Spring and the Pike District—might see increased demand. More suburban submarkets like Germantown, Gaithersburg, or Rockville, which are dominated by office parks with fewer amenities, might continue to struggle. 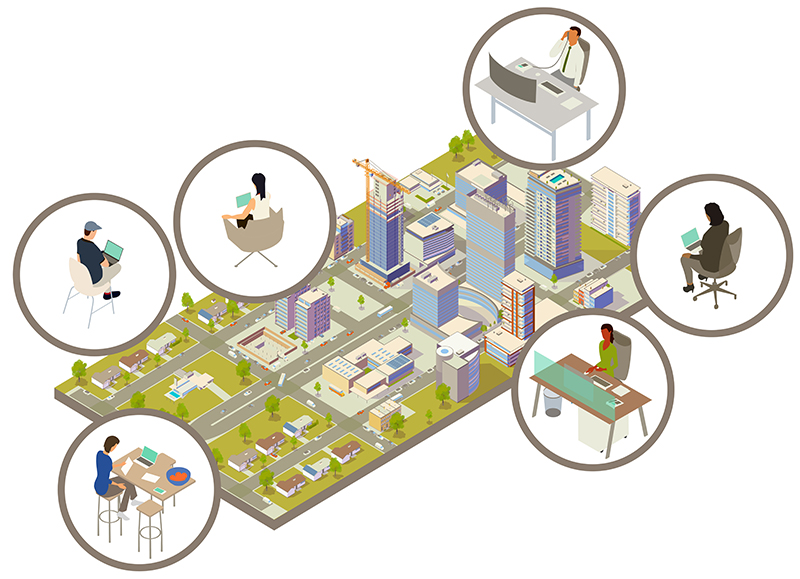 To save on costs, employers may end up having several satellite offices.

Scenario 3: The revival of the suburban office park

If employees remain uncomfortable riding transit into the regional core and taking elevators up high-rises even after a vaccine is widely available, companies might snap up suburban space in large-footprint properties with ample parking and convenient highway access. This scenario would benefit a wider geography of Montgomery County, which has many aging office parks that had limited prospects prior to the pandemic, though the urban core of Bethesda and Silver Spring might suffer. However, this scenario seems unlikely because many suburban office properties have older mechanical systems unable to filter aerosols (upgrading is expensive), and even newer properties have few amenities to make them more attractive than simply working from home. 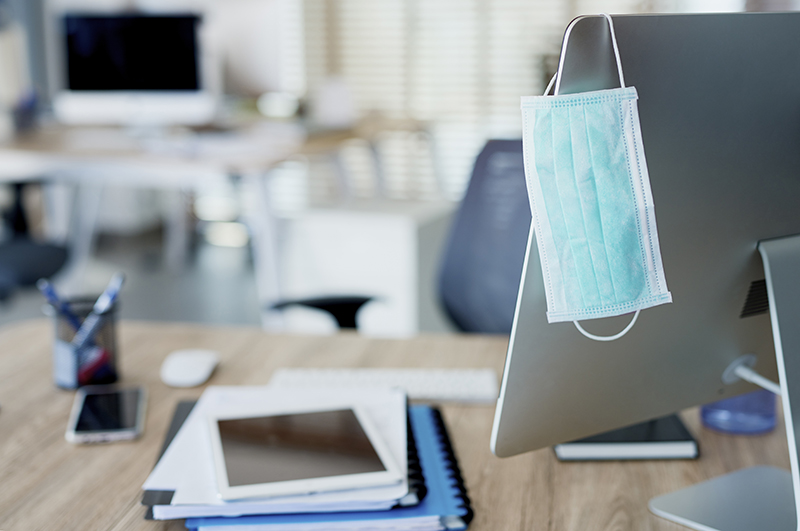 Suburban office parks may struggle in recovery from the pandemic.

Submarkets in Montgomery County that would benefit: None, the entire region suffers

A final scenario is that employers follow employees out of densely-packed regions like Washington, D.C., entirely and relocate to smaller cities. Demand has notably fallen in the nation’s most expensive markets like New York and San Francisco, and smaller markets are aggressively trying market their amenities (such as good universities, new retail, nice parks and a lack of crowds) to newly remote workers. This scenario seemed more plausible when the impact of COVID was more centered on New York City, but now that less urban areas are being equally affected it seems less likely. That said, while this drastic scenario seems less likely, it would imply a major downturn for the Washington, D.C., region that would be the most challenging to Montgomery County’s economy of all our four scenarios.

An early look at how vacancy and rents have changed in the region and in Montgomery County’s eight primary office submarkets sends mixed messages that defy categorization based on the market’s suburban/urban nature: The charts below show how vacancy and rents have changed from Q4 of 2019 (pre-pandemic) to Q4 of 2020 as compared to the average Q4-Q4 change of the prior three years. The data excludes buildings delivered in 2020 to remove the confounding variable of new space entering the market.

Within Montgomery County, the increase in the amount of office space that is available for lease compared to Q4 of last year is up sharply everywhere except in Silver Spring and Germantown. Unfortunately, this is not due to the strength of those two markets as Silver Spring is seeing a modest recovery from the recent loss of media company Discovery and Germantown already had a strikingly high vacancy rate. Grouping markets into similar typologies – urban (Bethesda, Silver Spring), urban/suburban (North Bethesda/Rockville), suburban (North Rockville, Gaithersburg, Germantown, North Silver Spring) — provides no clarity as vacancy and rent trends go in opposite directions for different markets within each typology. The summary is that conditions in most Montgomery County office submarkets was challenging (similar to the regional market) prior to the COVID-19 pandemic, and the pandemic has generally made conditions worse.

It is possible that it is simply too early for trends to emerge: due to the long nature of office leases (often in excess of 10 years), the difficulty of breaking an office lease mid-term, and the far shorter nature of the pandemic (hopefully). The ultimate impact on office demand trends might not become obvious until years after the pandemic ends.

The office must become an asset to attract high-skilled employees

In contrast to the quantitative data, the trend from conversations we’ve had with office-using businesses is clear and direct. Of a few (smaller) firms we have interviewed as part of master planning processes currently underway in Montgomery County, all intend to reduce the amount of office space per employee once their current lease expires (and one will go completely remote). Several made clear that with a reduced emphasis on simply housing staff, the role of the office and surrounding district as a tool to attract and recruit talent will become much more important. One said, “The District had better become a tool to help recruit high-skilled employees, or why bother bearing the cost of that office space?”

In the next post that will conclude this series in January, we will explore how Montgomery County’s office districts might need to evolve to remain competitive for tenants with an emphasis on supporting talent attraction.

Posts in this series:

November 23: Future of the office market, Part 1: What will the post-pandemic office market mean to the growth and redevelopment of Montgomery County

January 21: Future of the office market, Part 3: Planning for the future of Montgomery County’s office districts