As we await post-pandemic life and speculate about our economic future, the idea of economic resilience—how quickly and easily we as individuals and society can adapt to and recover from a devastating economic blow—is on everyone’s minds. So let’s examine the idea of economic resilience: what the term “resilience” means for a local economy, what characteristics and conditions make local economies resilient in the face of economic challenges and how Montgomery County can position itself to be more resilient. 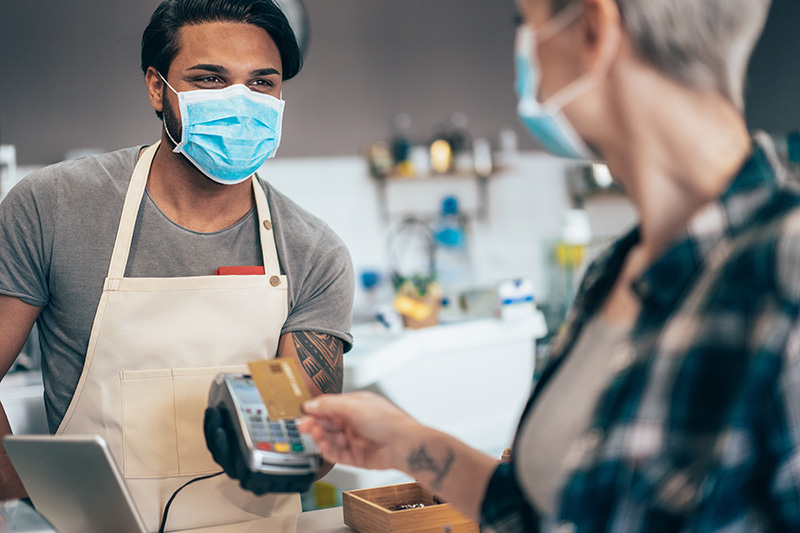 Economic resilience is adaptive resilience. This is different from the type of resilience we expect from our physical infrastructure, which “bounces back” to normal functioning after a disruption. Unlike electrical grids and sewer systems, our economy is not centrally planned, and has no pre-determined level of functionality. With or without an external shock, economies are always in a state of change. This is because economies are made of people—and relationships between people—which themselves are constantly changing and adapting to new circumstances.

As a result, local economies like Montgomery County can cultivate qualities that make them more resilient regardless of the specific nature of the downturn. We have evidence from scholarly research to illustrate the characteristics that are common to resilient regions. These characteristics are coherence, equity and social/civic capital, and they are tied together because they are fundamentally about people and relationships. Below we’ll examine these three keys our county can use to build economic resilience during and after the COVID-19 pandemic.

A Coherent Industrial Base

Ask any personal finance guru and they’ll tell you that a successful personal investment portfolio requires diversification to minimize the risk of a sharp devaluation of any individual holding. If an energy stock falls, a healthcare stock may rise and level out the portfolio. This concept is partially true for a local economy as well, which needs multiple stable sources of employment to cushion the blow of losing a major employer. The list of “company towns” that endure decades of struggle after the lone source of employment closed its doors is a long one.

However, for local economies, a diversified industrial base alone is insufficient to create resilience. Unlike investment portfolios, which are lists of financial holdings that may or may not be related to each other, relationships between businesses and industries are more important in creating resilience than what any business or industry does individually.

A significant amount of evidence supports this idea. One study1 uses the concept of coherent knowledge bases to investigate adaptive resilience of regions. The authors of the study arrive at evidence of coherent knowledge bases by looking at diverse sets of businesses within a region that filed patents in technological fields that are related to each other. More patenting in related fields indicated more coherence. The study found that those regions with more coherence were more resilient through the Great Recession, suggesting that a propensity among regional businesses to patent in related but not identical fields is a helpful factor in reducing the economic damage caused by a recession.

A similar study2 finds that places where businesses are more easily able to shift to patenting in new fields were less likely to experience overall declines in patenting. Another group of researchers3 show that strong industrial clusters, or groups of different but interconnected industries that support each other’s growth, are closely associated with strong regional employment gains. Moreover, these clusters do not all need to be “high-tech!” One set of researchers concludes that resilience ultimately depends on the region and its unique elements.4 For example, the relative long-term economic success of the Minneapolis-St. Paul region is due in part to its medical devices industry, which blended its “old” manufacturing economy with its “new” biotechnology economy.5

These examples show that while uncontrollable economic conditions can still affect local economies, those with businesses and people that have the capacity to adapt tend to fair better when disaster strikes.

The research described above may seem like cold comfort to many people. Most workers are not part of high-tech industrial clusters, and few of us ever patent anything. Even the most adaptable individuals can lose jobs, businesses and livelihoods due to factors beyond their control. Because of longstanding structural inequalities, people of color are often disproportionately harmed by economic downturns.

For these reasons, the concept of adaptive resilience, despite having terminology borrowed from evolutionary science, is quite different from the concept of “survival-of-the-fittest.” Rather, adaptive resilience requires cooperation and compassion. In fact, some of the most convincing evidence about local economic resilience suggests that strong and supportive communities are the best predictors of economic resilience. Specifically, regions with higher levels of economic equity and social capital, as well as strong and inclusive institutions like governments, nonprofits and other advocacy organizations, are the most capable of resilience.

Sociologists Chris Benner and Manuel Pastor6 find that out of a suite of different factors such as regional education levels and level of employment in different sectors of an economy, a region’s level of income equality is the best predictor of its ability to withstand and recover from recessions.

The scholars note that income equality may in fact be an observable indicator of a more fundamental—and less measurable—trait of resilient regions: strong civic and social capital. Further case study work suggests that resilient regions have an overarching sense that everybody is “in it together” with a shared vision and stake in the region’s progress.7

Moreover, according to Benner and Pastor, the overall political leanings of a region had no effect on resilience. Their mathematical models of resilience show that Republican-leaning regions did just as well as Democratic-leaning regions. What did have an effect, was the degree of residential segregation among Republican and Democratic voters within regions: places where Republicans and Democrats lived nearer to each other were more resilient places than those where the two groups were highly residentially sorted. As a recent Washington Post article notes, lingering residential segregation and structural racism have excluded Minneapolis’s black residents from what is otherwise a strong and equitable regional economy. True inclusion and equity—and thus true resilience—cannot be glossed over by race-neutral averages.

Montgomery County’s comparatively stable employment base could partly be attributed to its advantageous mix of clusters, including biopharmaceuticals (i.e. drug manufacturing), education and knowledge creation (including research in life and physical sciences), and the Federal government (which has links to the other two clusters mentioned).8 These are all generally considered desirable clusters, meaning that they are knowledge-intensive and have the flexibility to shift strategies and production into other areas.

However, Montgomery County should continue to focus on diversifying this base. According to one commonly used measurement of industry diversity, Montgomery County ranks 1,520 out of 3,142 counties in the U.S.,9 meaning that almost half of counties have more diverse industrial bases than Montgomery. Growing some the county’s smaller but emerging clusters could increase the county’s economic diversity, but this will require work to identify these clusters and build the structures to help make them competitive.

Diversity for diversity’s sake may not be sufficient for resilience. It remains unclear how coherent—or related—Montgomery’s businesses and industries are to each other. As the county diversifies, we must also ensure that business networks are strong and that people have opportunities to work together and innovate. Creating places that enable this type of community and adaptation is a point of emphasis in the “Diverse Economy” section of the working draft of Thrive Montgomery 2050, the General Plan update focused on the next 30 years.

In a previous blog, I noted that Montgomery County has a slightly more equitable income distribution than the U.S. overall but that it lags behind some of our regional neighbors. But income is not the only way to measure equity. Wealth and employment access—though more difficult to measure than income—may be more important equity indicators, and Montgomery’s limited transit system and expensive housing suggests that there are significant disparities.

Again, the cultivation of equity and community is a theme that runs throughout Thrive Montgomery 2050 and it is the core focus of an entire section called “Connectedness.”

Adaptive Resilience is about People

While a diverse set of competitive economic sectors is helpful, connections between people and their ability to adapt and work together are what constitute resilience. As Benner and Pastor note in Equity, Growth, and Community, communities “that are diverse in their membership and sources of knowledge, and dynamic in their ability to withstand shocks, continuously learn, and adjust over time … can actually help construct and sustain regional social norms that facilitate the achievement of growth, resilience, and inclusion.”10

By keeping the characteristics of adaptive resilience in mind, Montgomery County can not only confront the current pandemic-induced crisis, but cultivate a connected, equitable and prosperous community ready to confront future crises.

8 These clusters are categorized by an economic data and analysis service called EMSI. There are different ways to define and measure clusters, so other classifications may produce slightly different results.

9 According to EMSI’s industry diversity rankings.