Exuberant roof forms are a hallmark of mid-century modern architecture. In contrast to the simple gable roofs of traditional design, modernist architects employed a wide variety of inventive forms. The zig-zag roof of Sligo Elementary School was featured in a previous Montgomery Modern posting.

The soaring rooftop of the National Library of Medicine is a hyperbolic paraboloid concrete shell, designed by O’Connor & Kilham of New York. This distinctive feature represents concerns of the Atomic Age—in the event of a nuclear bomb blast, the centralized opening was intended to provide for pressure release. 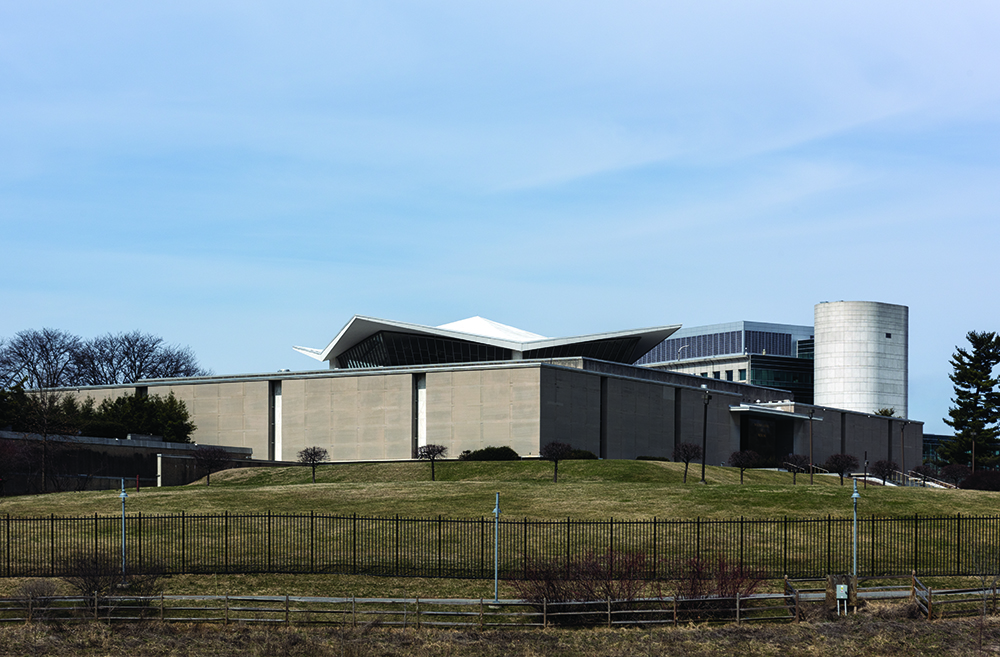 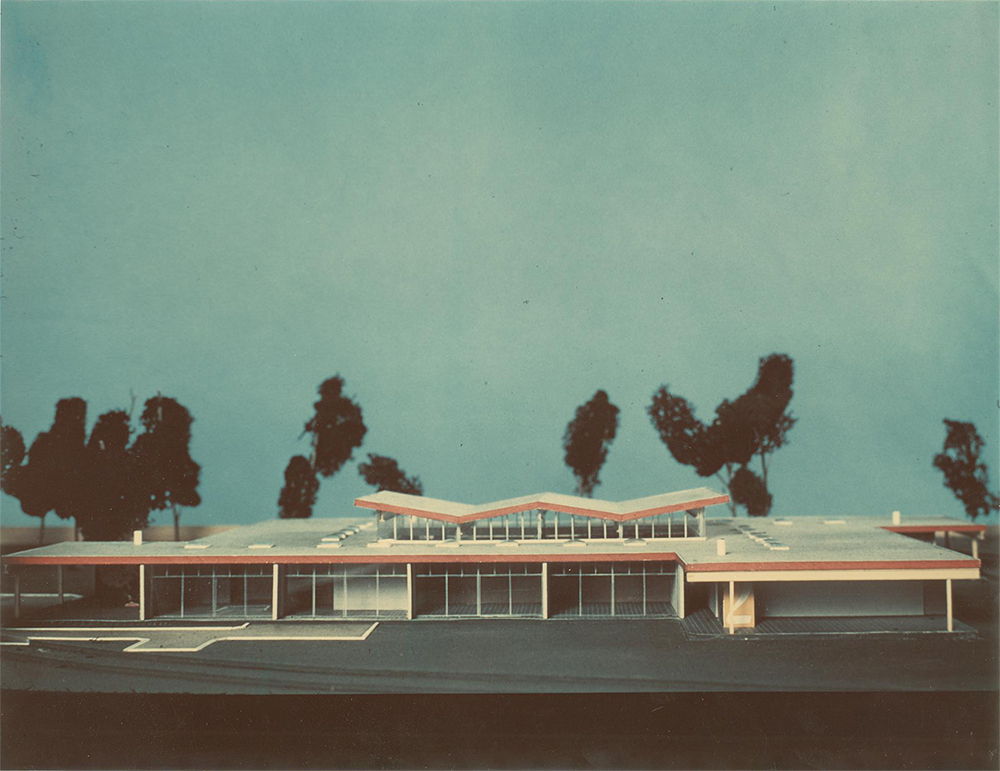 In the hands of modernists, the vaulted roof became a swooping, low form. On his 1959 tour of the United States, Nikita Khrushchev praised the ultra-modern design of William Wurster’s Safeway grocery store in San Francisco. The distinctive vaulted roof became a hallmark for Safeway stores, including several in Montgomery County. A well preserved example from 1962 is in the Four Corners area of Silver Spring. 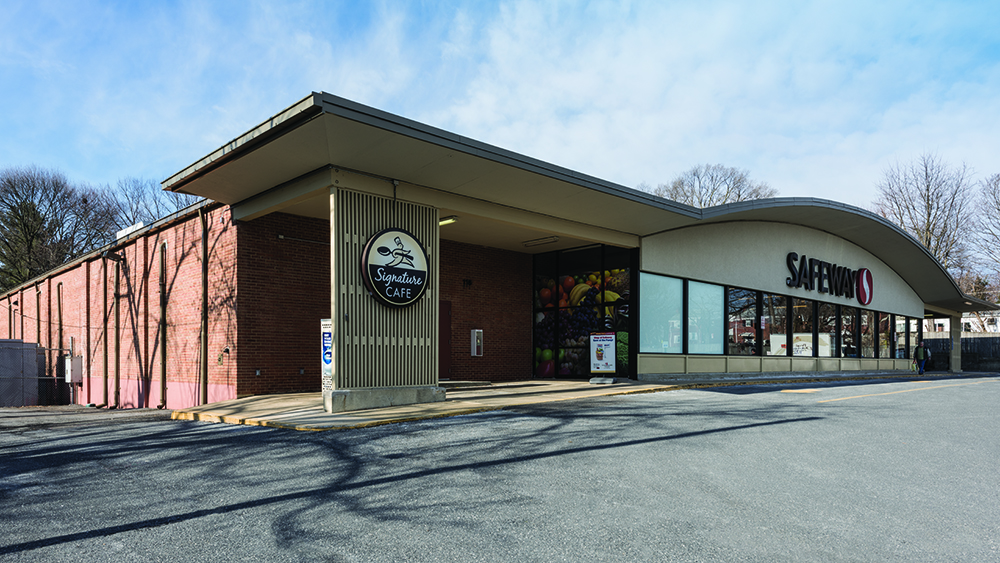 The A-frame roof was popular for weekend retreats, as well as churches and pancake restaurants. Still standing are A-frame International House of Pancakes (IHOP) restaurants in Takoma Park (1966) and Wheaton (1970). 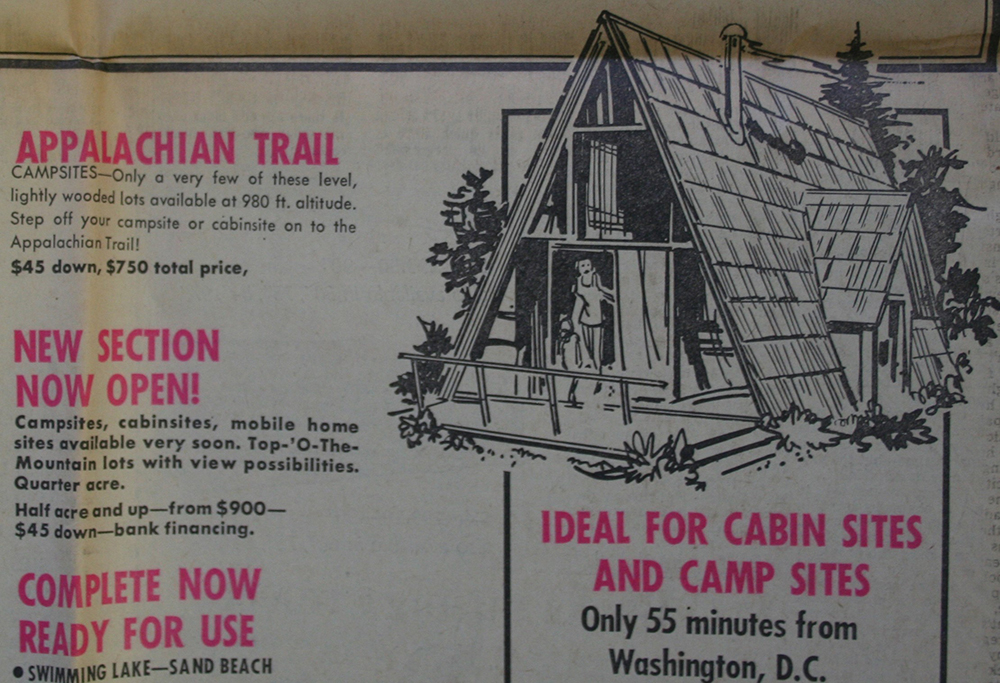 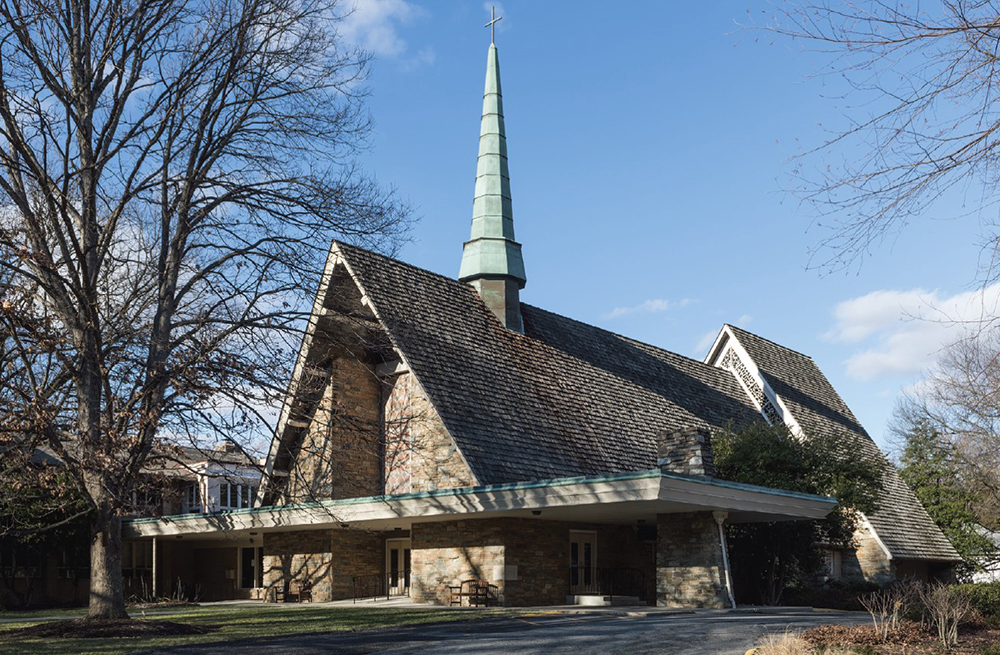 A butterfly roof rises up from the center like outstretched wings. The earliest known example of such a roof was Le Corbusier’s design for the Errazuriz House in Chile, designed in 1930. In the US, Marcel Breuer’s Geller House was built in 1945 on Long Island.1

In Montgomery County, the Burman House in Rollingwood has a 1951 butterfly-roof design by Charles Goodman. An innovative two-family example in New Hampshire Estates was built in 1952 by Polinger Construction Company. 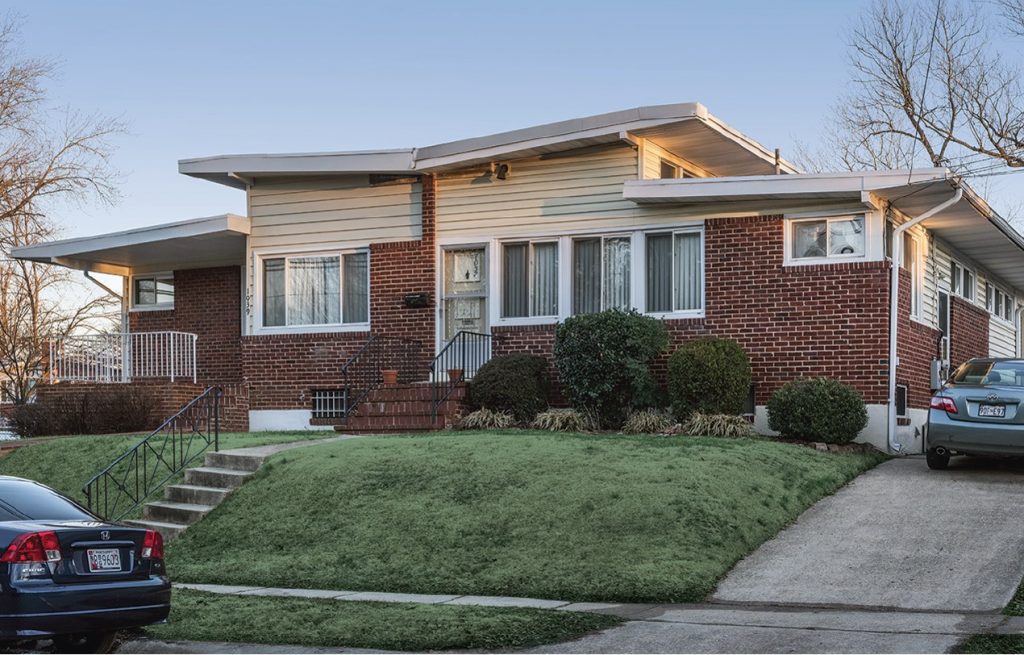 The pavilion roof was a motif of the Aspen Hill Library, designed by John H. Sullivan, completed in 1967. An advantage of the modular composition is the opportunity for future expansion with additional wings. 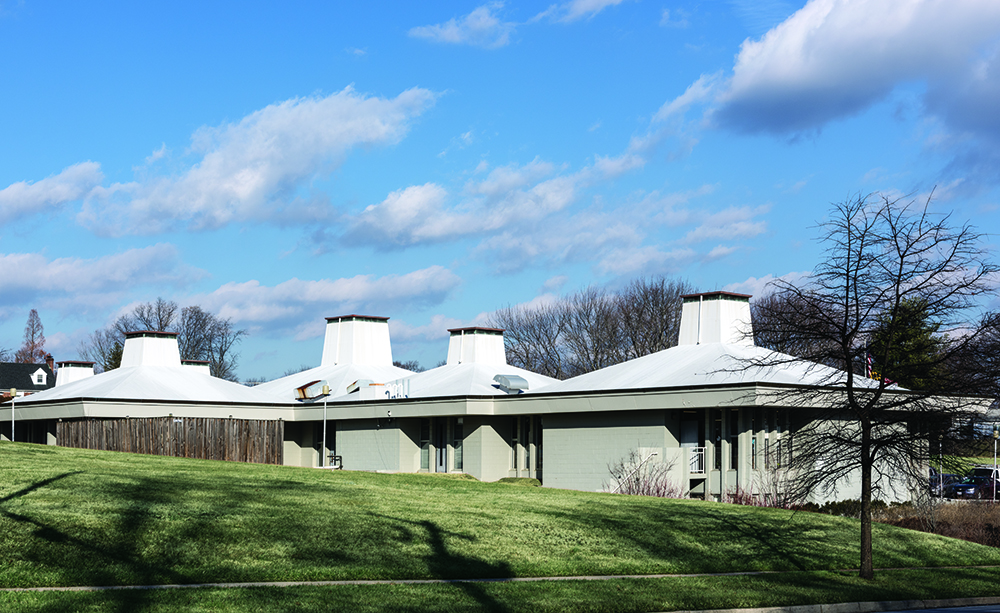 An architectural form marking the advent of the postmodern era is shed style design that came out of the work of Charles Moore of the New Haven, CT-based architectural firm Moore, Lyndon, Turnbull, Whitaker (MLTW). The firm designed the Sea Ranch Condominium complex in Sonoma, CA, 1964. Inspired by vernacular buildings and local design traditions, with rustic paneled siding and simple detailing, shed style buildings feature a composition of single sloped roofs of varying heights, typically falling away from a central axis. A local example is the Stanley Tempchin House, which Charles Moore designed for a Bethesda art collector. 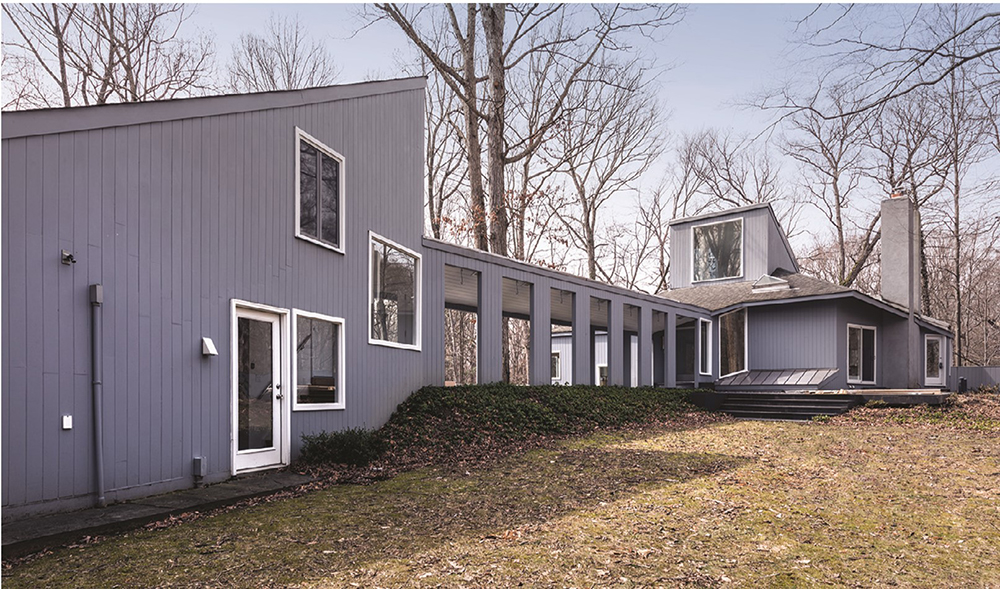 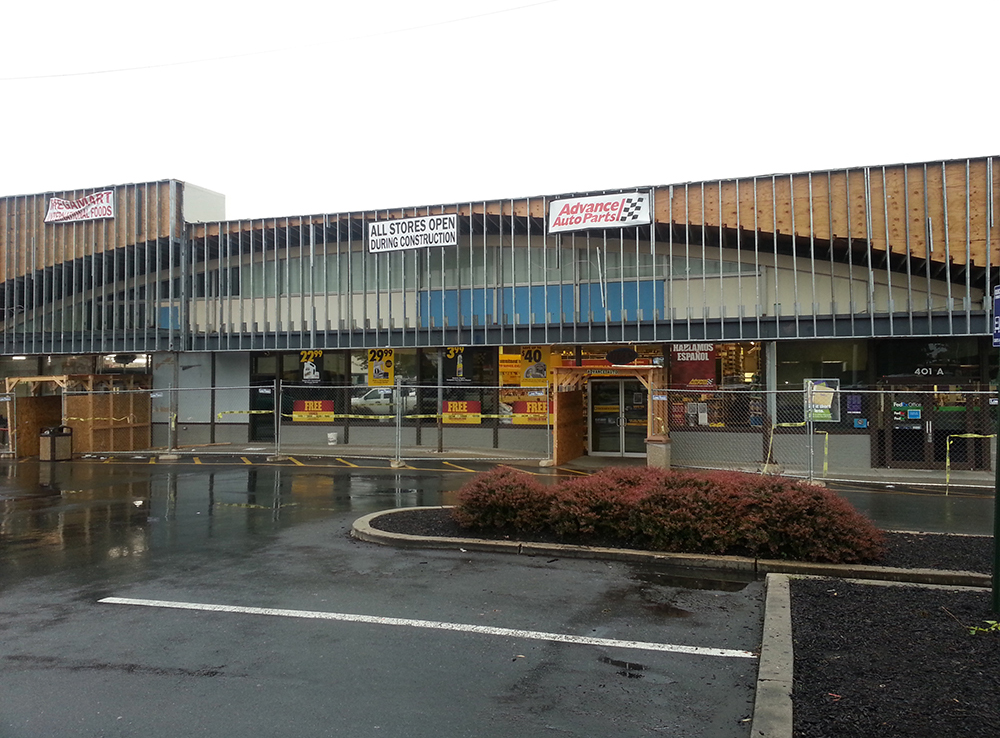 In recent years, modern roofs have been covered over as mid-century buildings are remodeled. The result is to obscure the important history of Montgomery County’s built landscape. And so our historic modern architecture lies dormant, awaiting a future restoration, and rediscovery of our mid-century architectural heritage.

Architectural historian Clare Lise Kelly is the author of the award-winning book Montgomery Modern: Modern Architecture in Montgomery County, Maryland, 1930-1979, published by the Montgomery County Planning Department in October 2015. The book includes additional information about projects mentioned above and other local examples.

1 Appreciation to Marni Epstein-Mervis for her discussion of butterfly roof projects at la.curbed.com