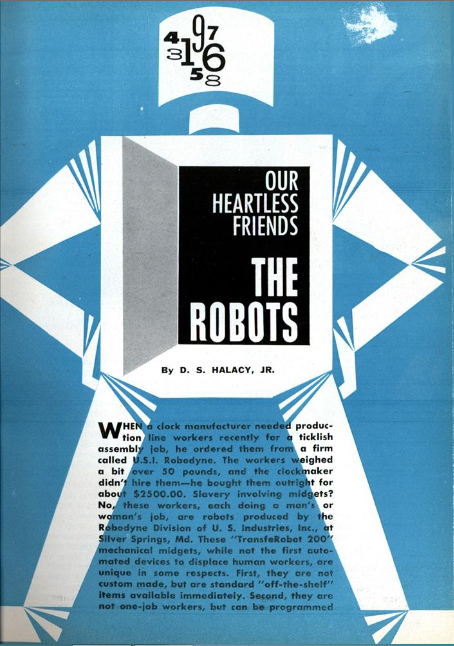 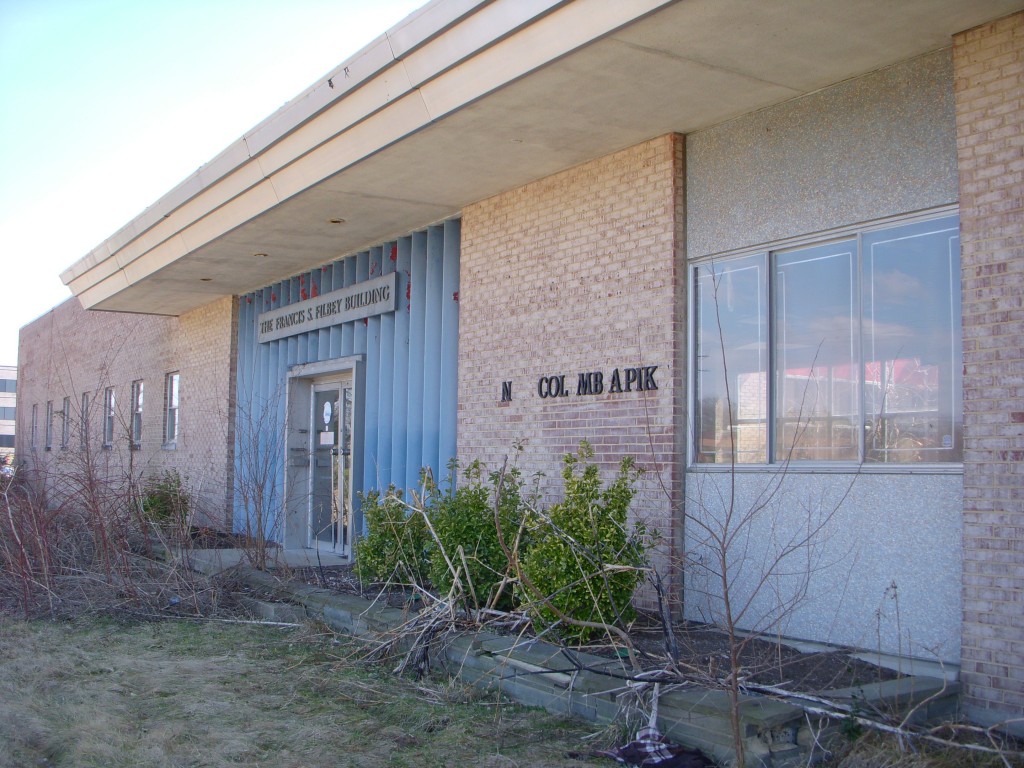 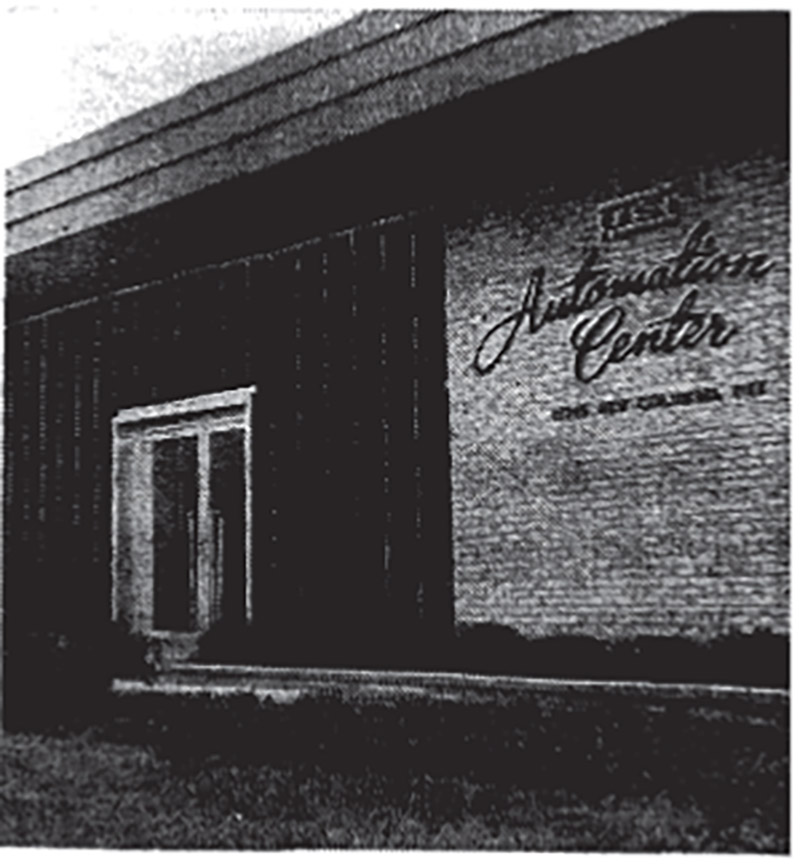 The TransfeRobot 200 could perform adaptable, repetitive tasks that made it ideal for assembly lines. This 50-lb robot sold for $2,500.  By 1959, USI had contracts with General Electric, General Motors and Centralab. 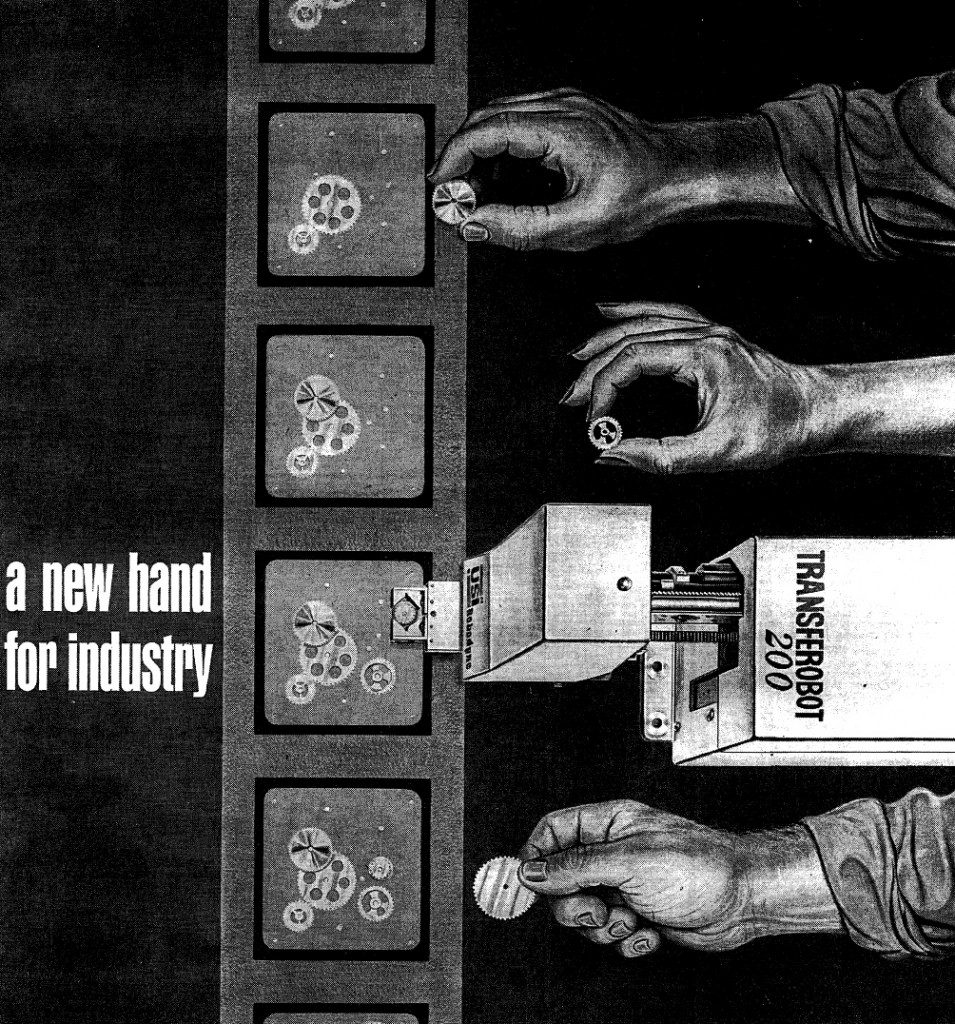 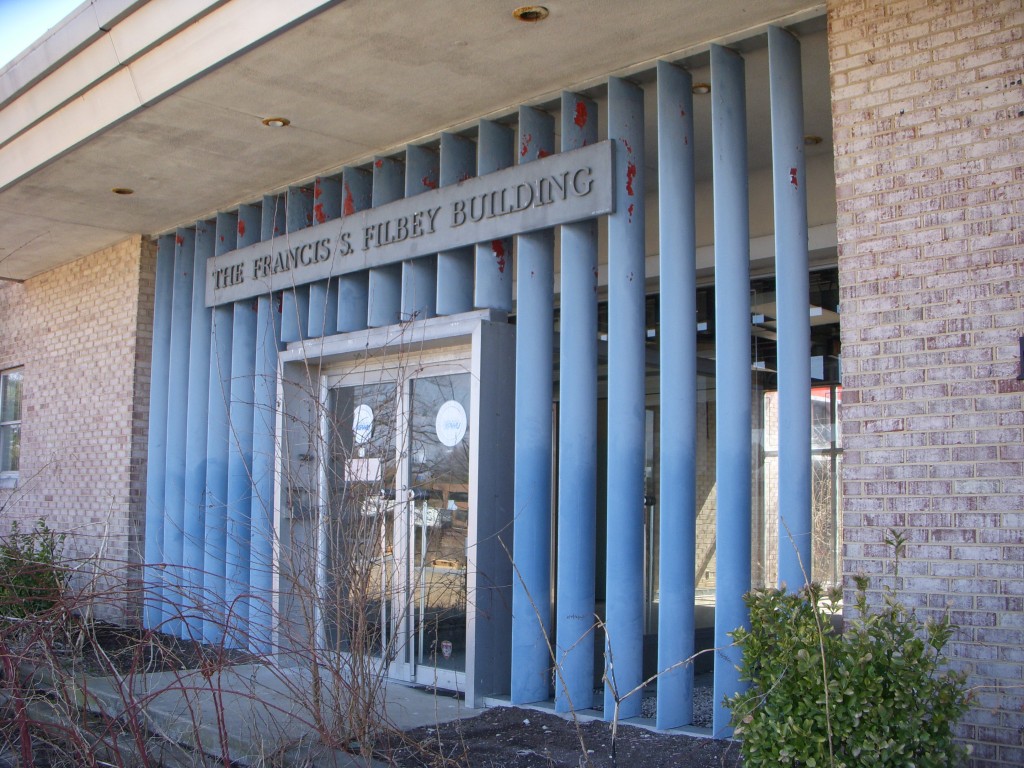 The USI Robodyne Automation Center, 12345 Columbia Pike, has louvered panels that bring light and air into graveled recessed spaces flanking the front vestibule. The building has a high level of architectural integrity. 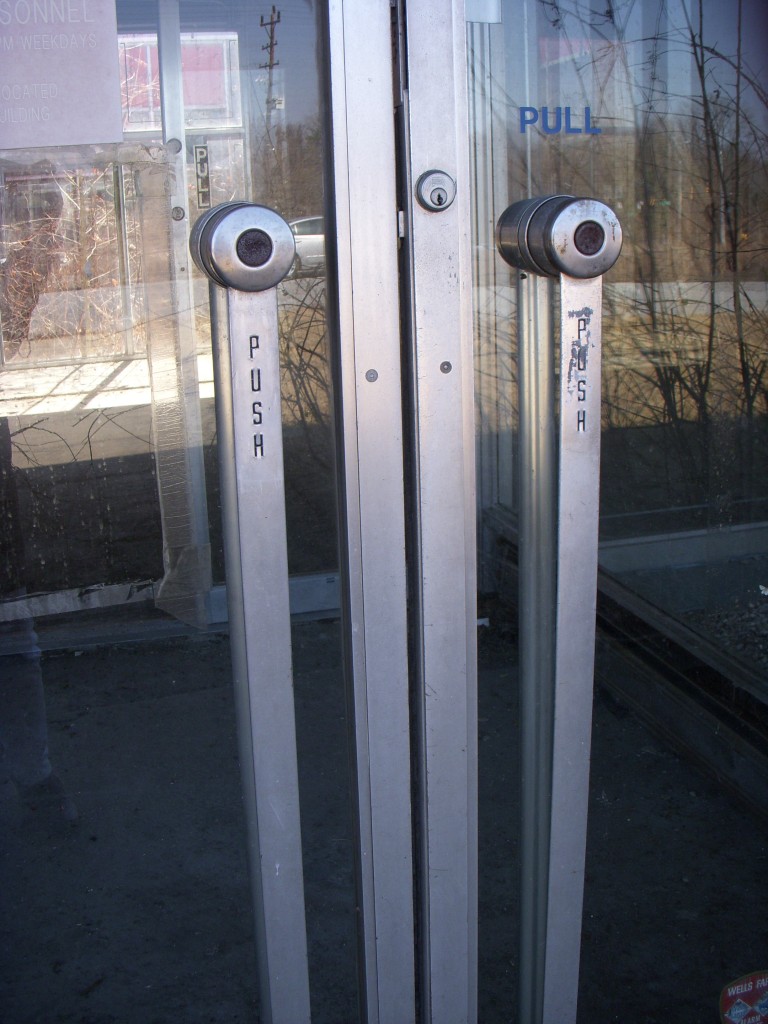 The doors on the main entrance retain stylish modern handles. 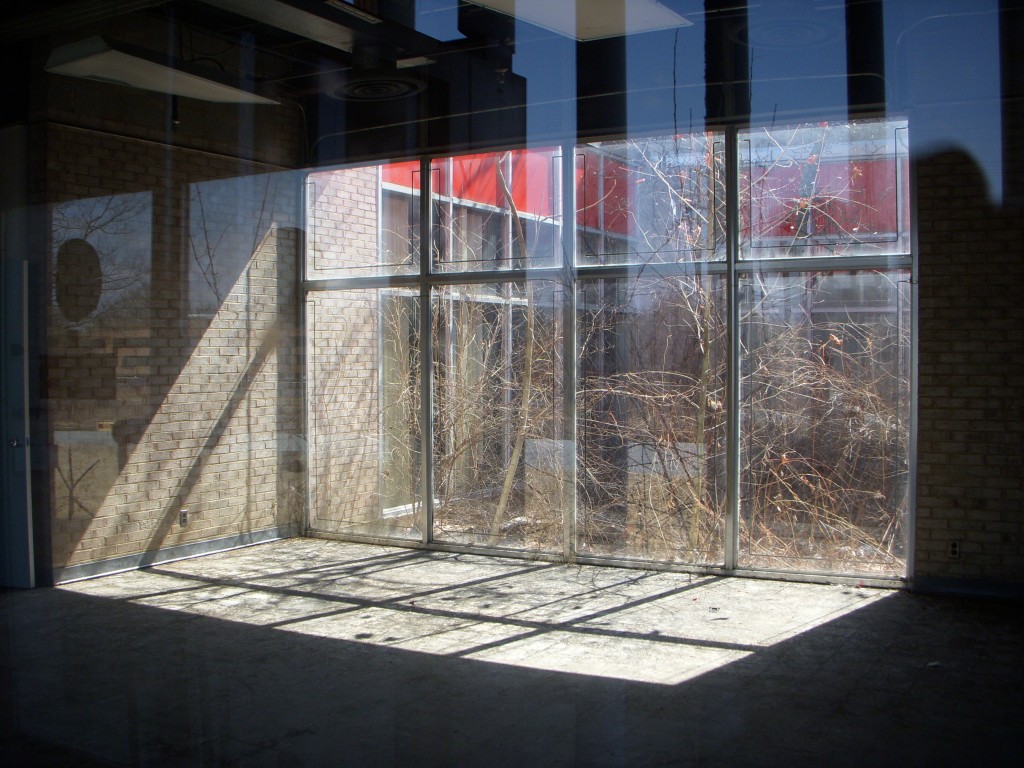 The front foyer is lit by a glass wall looking out to an interior courtyard. 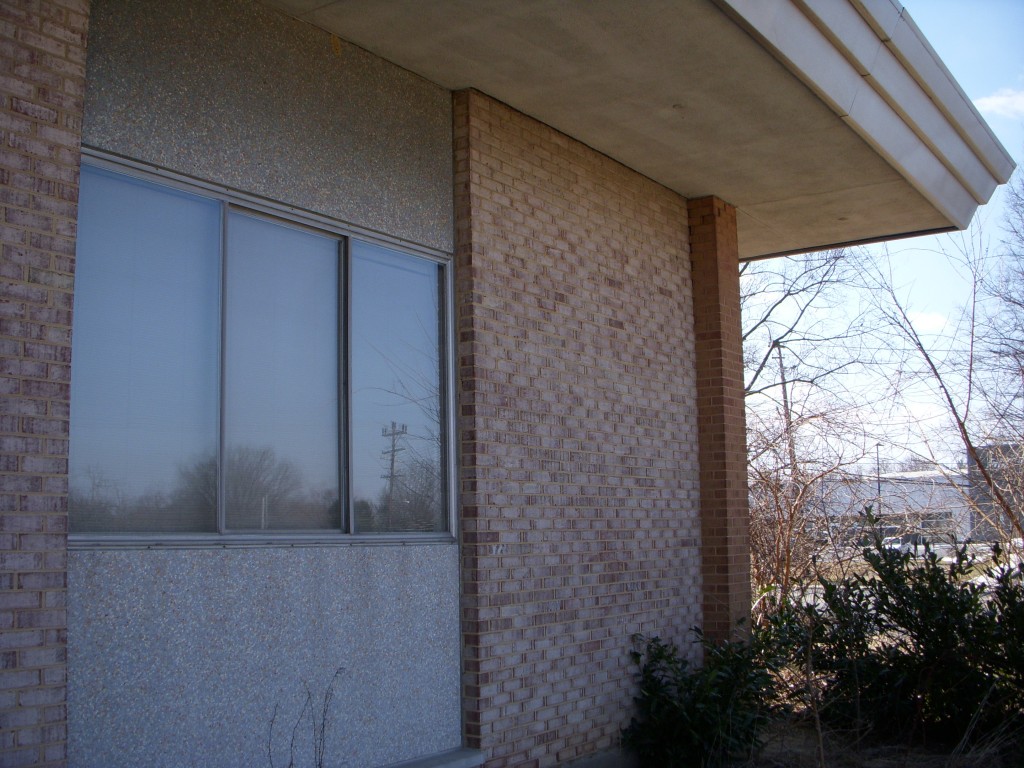 Windows are highlighted by prefabricated Tecfab type panels. The education wing of the recently designated Georgia Avenue Baptist Church has similar panels that date from 1962. The panels were developed by architect Charles Goodman. 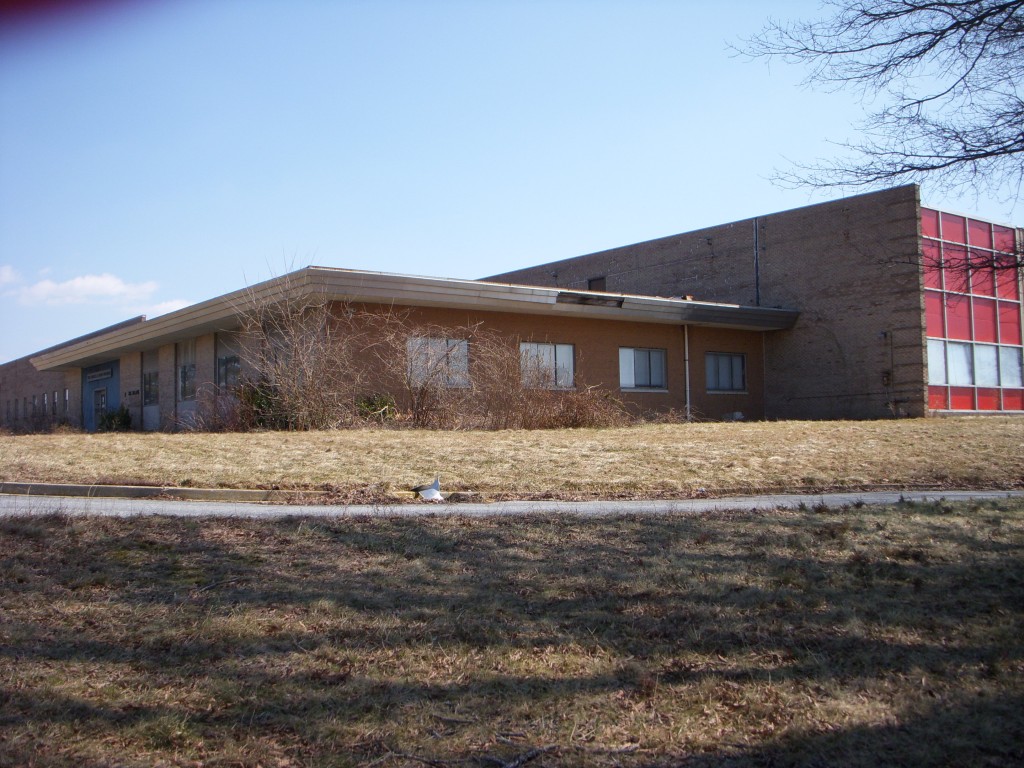 Attached to the headhouse is the factory building that extends along Industrial Drive. The red spandrel panels here echo those found in the interior courtyard.. 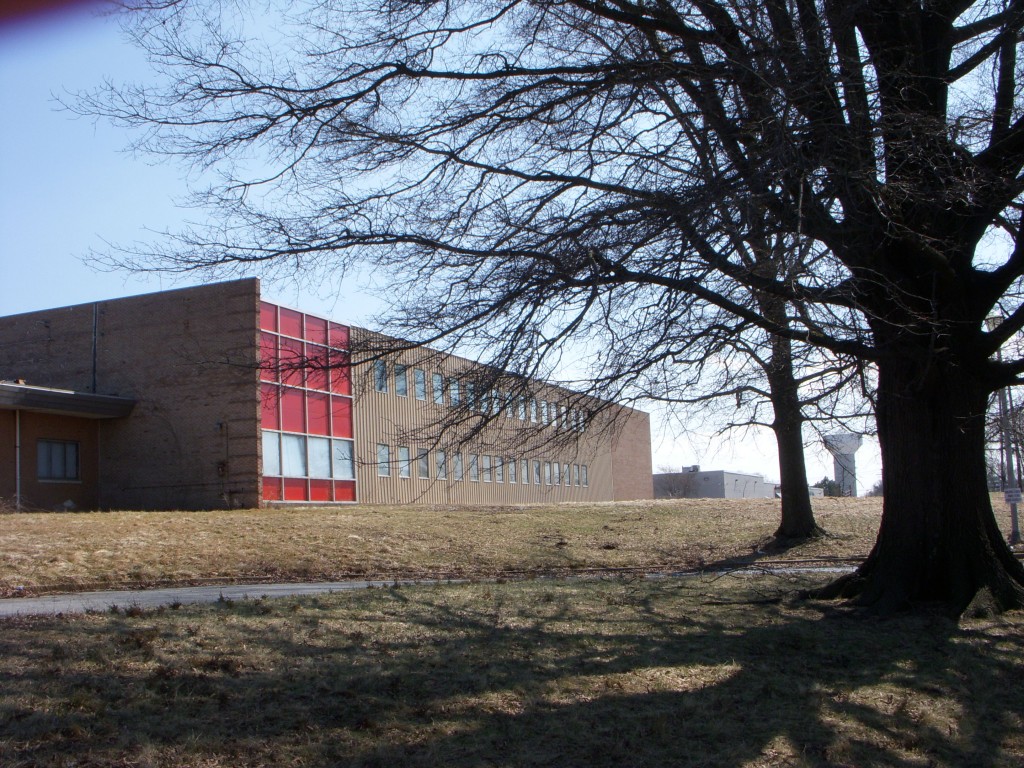 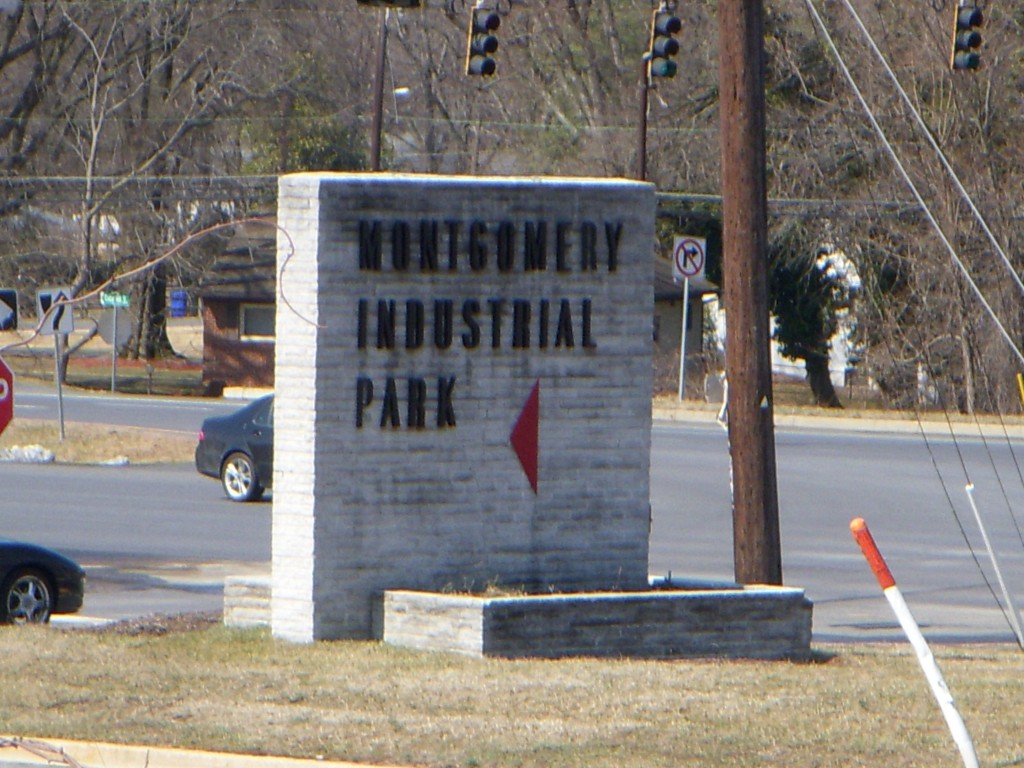 The Automation Center opened in 1961 at the newly established Industrial Park on Columbia Pike. The original modern sign is a testament to the mid-century origins of this complex.