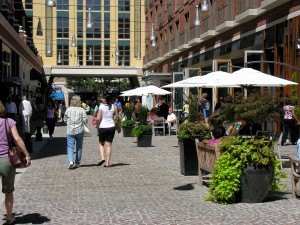 Depending on your media preferences, you may have heard about a new book by the Brookings Institute, The Metropolitan Revolution.

In it, authors Bruce Katz and Jennifer Bradley postulate that with the Federal government in partisan gridlock and facing the costs of caring for an aging population, large infrastructure, education, and economic investments are taking place in America’s metropolitan areas through coalitions of local government, business, labor, philanthropic, and education leaders.

In an NPR interview, Katz makes the point that as the economy changes so does American geography. From the primacy of port cities to swaths of industrial acreage, each economy has its spatial geography. Katz says the new digital economy that seeks interaction to create innovation is locating in downtowns and midtowns, a pattern reinforced by the lifestyle of the millenial generation who prefer choice in where they live and work–perhaps living without a car or a backyard. For example, Zappos relocated to downtown Las Vegas and Twitter is in San Francisco, not Irvine.

It’s a pattern mirrored in Montgomery County planning efforts. The zoning rewrite, the Countywide Transit Corridor Plan (and the CCT and Purple Line), and redevelopment of central business districts all are responses to changing demands and economy.