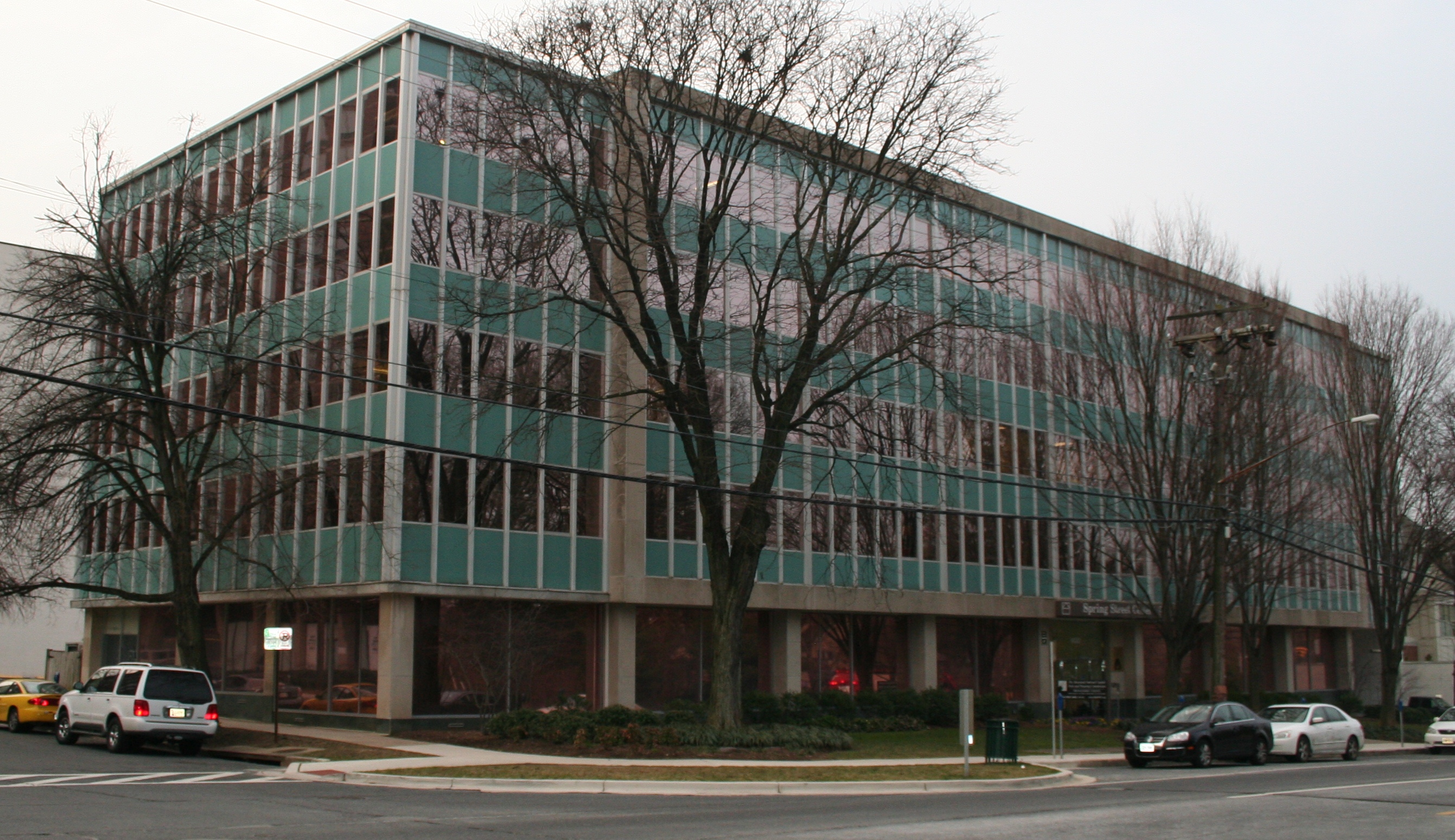 Developer Carl M. Freeman moved his offices here in 1964. The firm occupied the first and part of the second floors. Freeman, who pioneered the modernist garden apartment in the DC area, was at this time one of the top 12 builders in the country. 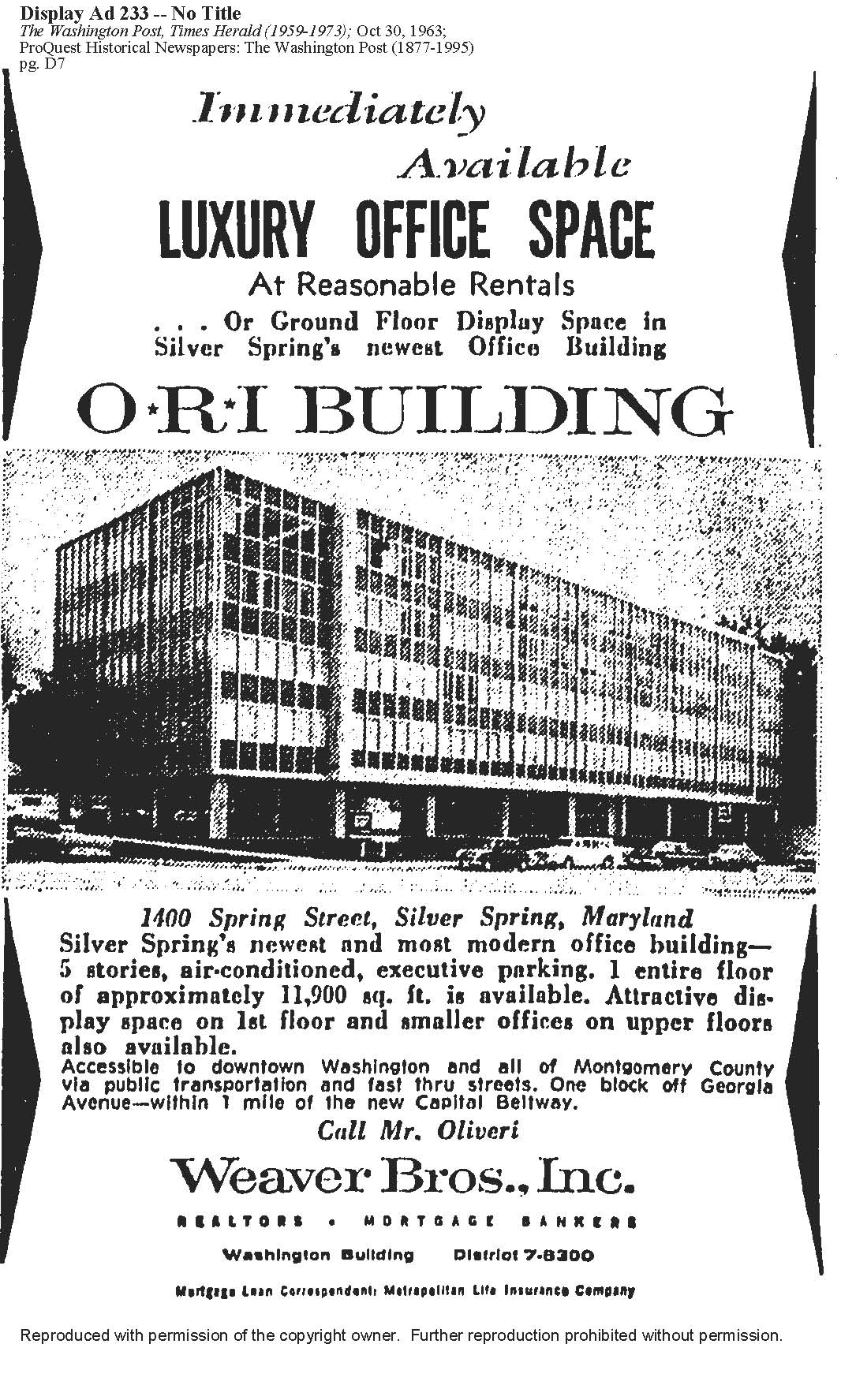 Some part of the ground floor was originally open, as seen in this historic photo. Today, the west section retains a ground floor drive-through to connect the parking area with Spring Street entrance. 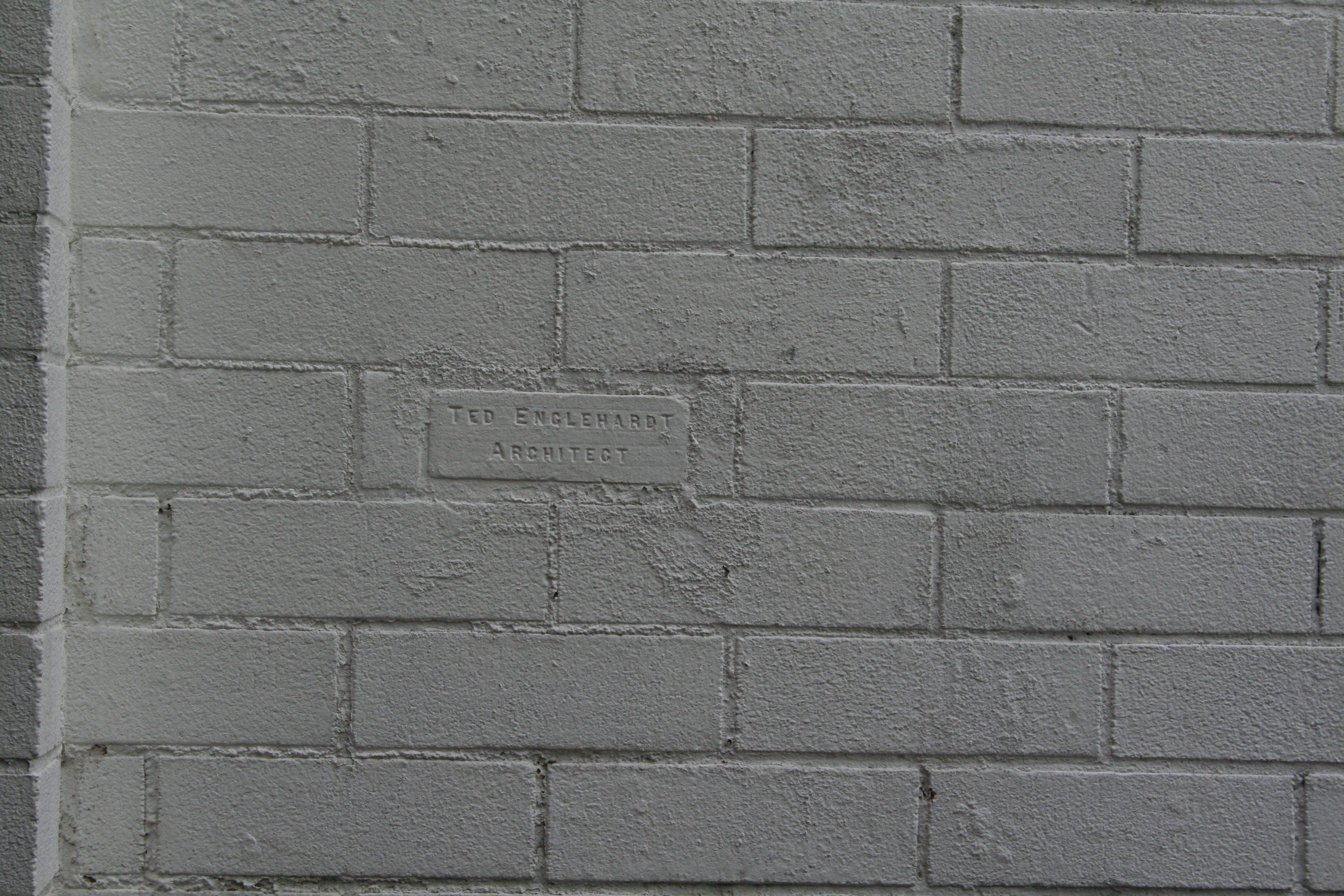 Architect Ted Englehardt’s trademark signature block may still be seen on the building, near the parking lot underpass.

Green marble skirts the perimeter of the building’s exterior and also enlivens the interior lobby. 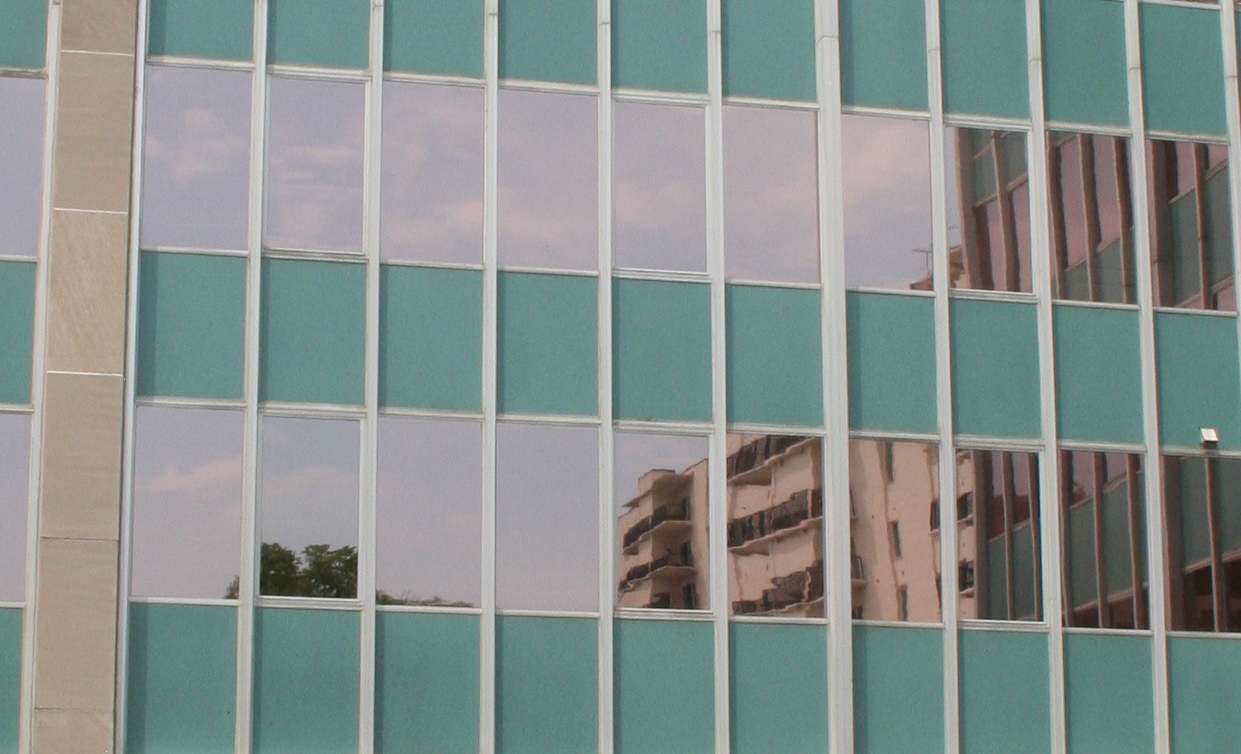 The spandrel panels are made of porcelain enamel.

Some window units are hinged on top and can be opened with a special tool. Our historic preservation unit of the Planning Department had offices on the top floor of this building in 2011-2012. The space was well-lit and open (and the building is very well maintained). It has held up well over the years!