And I hardly know what to make of this. Did someone redefine cool or cities or  Bethesda? And as one commenter on Bethesda Patch noted, Baltimore ranked 14, just beating Bethesda at 17. 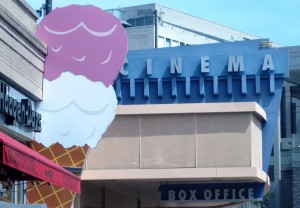 Cool is subjective, and (she says snarkily) is the measure of cool the number of  hipster pickle makers per loft? By the way, Brooklyn, which seems to be the epicenter of cool hipster pickle-makers, did not make the list. Though I suppose it was subsumed into the NYC-White Plains-Wayne (NJ) census mess.

And moving on from snark to bureaucratic nerdiness, Bethesda is not a city or even a town. It’s an unicorporated place that can leap perceptual boundaries whenever a realtor needs to gin up another suburban tract colonial. And that’s what it did here. The measure is of Bethesda-Gaithersburg-Frederick.

Ah well, nothing tremendously venal here, Forbes and other magazines love these types of articles–they get bloggers and everyone else typing and talking. Just another reason to take lists and rankings with a grain of salt. And to remember what’s really cool is not to care!