This article has been corrected with two facts: the exterior panels are glass, not porcelain, and in the summer of 2012, the horizontal band over the parking lot entrance was taken down for construction of 8711 Georgia Avenue. Thanks to readers for your comments. Clare Lise Kelly 9-12-12

Designed by architect Edwin Weihe in 1960, the American National Bank Building, at 8701 Georgia Avenue, is a fine example of an International style office building. When it opened in 1961, it was the tallest building in Silver Spring and featured several design innovations. 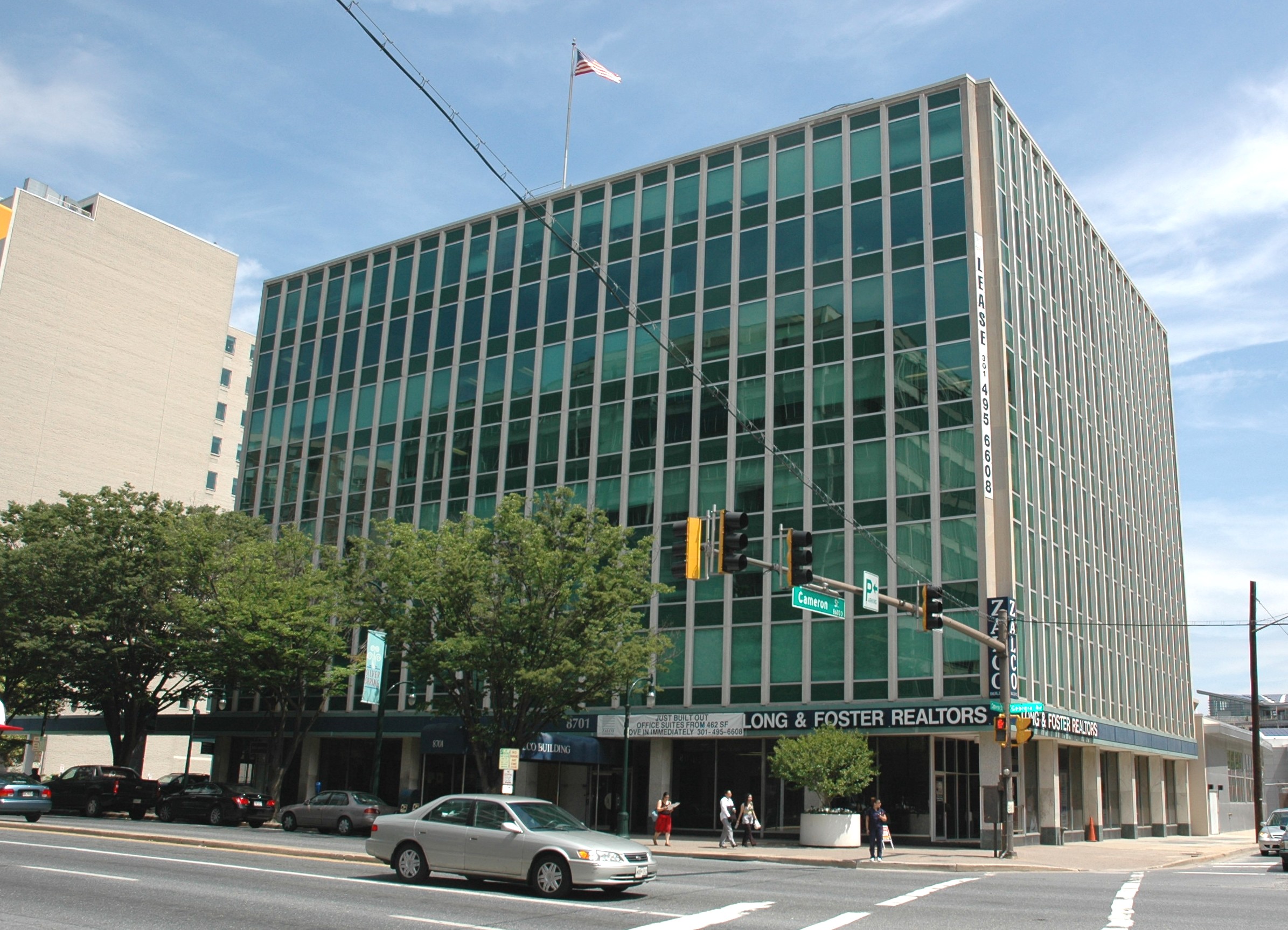 Architect Edwin Weihe placed the building’s heating, cooling, and elevator equipment in a low roof penthouse, designed so that it is not immediately apparent from the streetview. Real estate columnist Joseph Byrne, of the Washington Star, observed that Weihe’s design followed advice of the Washington Fine Arts Commission to avoid ugly penthouses prominent in Washington’s skyline by 1961.

The structure has precast quartz mullions that are welded to the steel frame.  Each mullion is 6 inches wide, 8 inches deep and 10 feet tall, and weighes 800 pounds.  Two metal plates are embedded into the cast mullions and welded to metal plates sunk into the concrete superstructure. 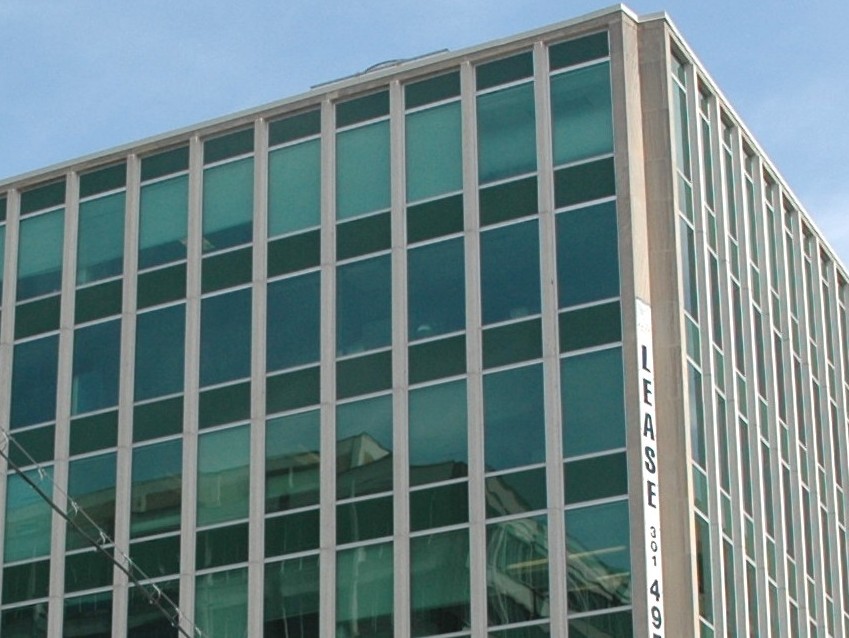 A historic view of this building shows how little it has changed.  One element that has been lost is the horizontal band at the street level that connects the parking lot entrance to the main building. This element was taken down in July 2012 for the construction of 9711 Georgia Avenue.

The modernist building with green glass panels certainly bear witness to the influence of such a landmark as Gordon Bunshaft’s Lever House which dates from 1952.  Lever House, Park Avenue, New York City, was a harbinger of the glass curtain wall technology that predominated mid-century commercial buildings.  Note the horizontal section next to the tower, and the Le Corbusier style pilotis, both echoed in the American National Bank building.

Architect Edwin Armstrong Weihe (1907-1994) had a major influence on the development of downtown Washington.  Known as “Mr. Zoning” for his active role in modernizing city codes, he pioneered the innovative use of concrete in Washington, DC, and was known for his use of pedestrian arcades and graduated setbacks.

A member of the AIA from 1946, Edwin Weihe received the first lifetime achievement award ever bestowed by the Washington Chapter of the AIA, when he was presented with the Centennial Award in 1991.  He was recognized for being the first architect to promote flat plate concrete construction as a solution to the city’s building height restriction, as well as for his pioneering the use of precast concrete as building cladding in the District.  Edwin Weihe retired from active practice in 1987.  He died in 1994, at the age of 87.

In the design phase, the Silver Spring office building was originally called the Bank of Silver Spring but by the time it opened it was renamed the American National Bank, which company occupied the first and lower levels.  It is now known as the Zalco Building.