You’ve heard it before, and probably from us:  Montgomery County is becoming increasingly diverse. What do you think when you hear the word “diversity?”

Tell us at our upcoming Pecha Kucha contest, where you can demonstrate your vision of diversity in 20 slides shown for 20 seconds each. Anyone can join, and the winner – judged using on-site polling – will be featured on our Montgomery Plans cable show. Winning a Pecha Kucha contest could be a great resumé line!

Walk the sidewalks of Rockville, Silver Spring and any of the county’s downtowns and you’ll see a wide array of people. My kids’ class lists read like an assembly at the United Nations. 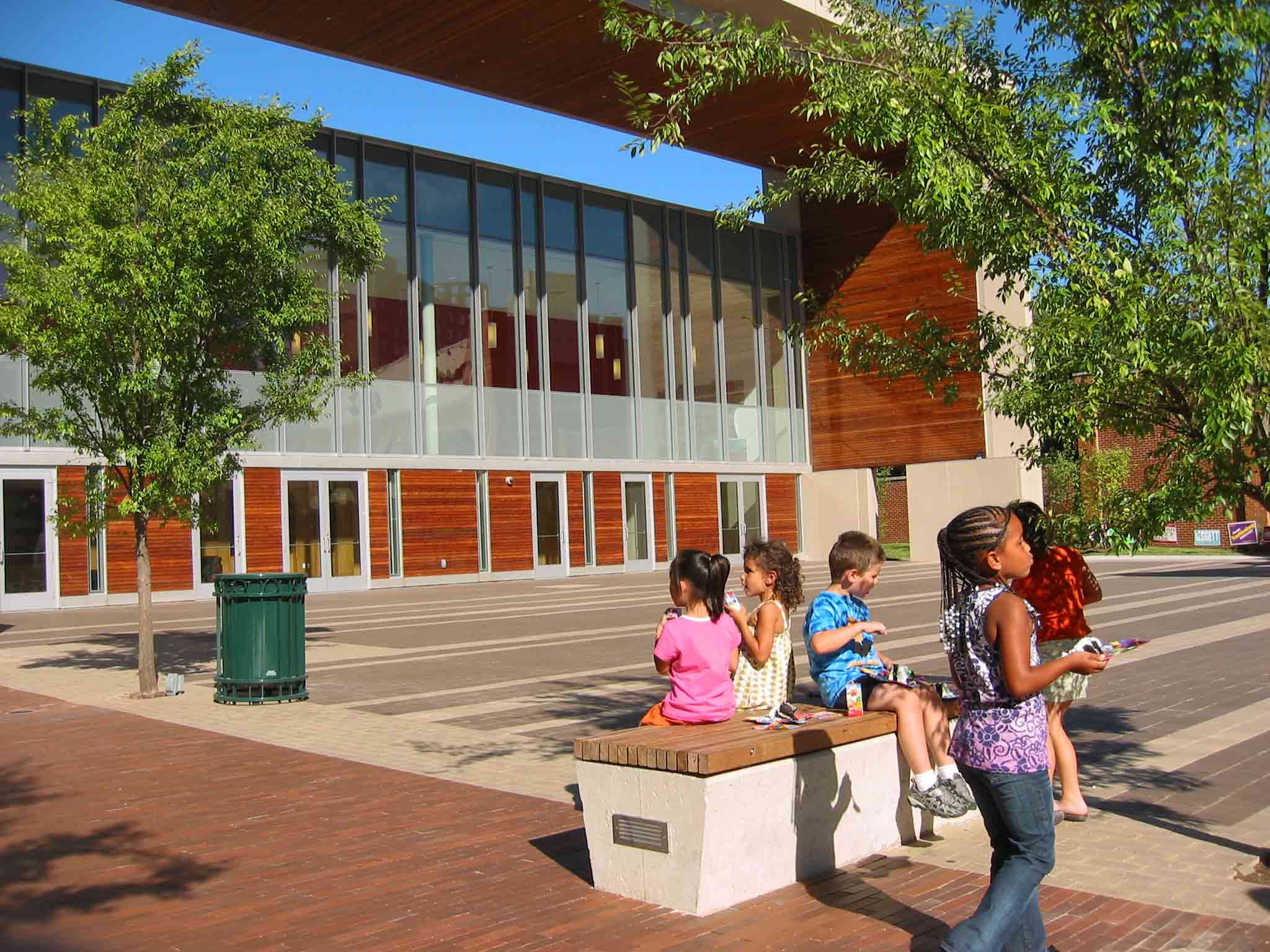 Kids are drawn to the Civic Building plaza

That’s more than anecdotal. The 2008 Census Update survey conducted by the Planning Department’s research arm found that Montgomery County ranks first in the Washington Region in the percentage of foreign born population (30 percent). The County population is 48 percent minority, and we will soon become “majority minority.”

But the county’s diversity goes far beyond ethnicity. Increasingly, we are diversifying our types of housing – more multifamily condos and apartments to catch up with large-lot single-family homes.

We also have seen more diversity in businesses. While the economy has constricted the number of new jobs, county employment is still diversified into health care, construction, government, the service industry and education.

Finally, we are diverse in our ways of getting around. According to our 2008 survey, people commuting by transit increased from 13 percent in 1997 to 18 percent a decade later. When the weather is fine, I can’t count how many people I see commuting by bike. It’s refreshing.

Those are just a few ways MoCo is diverse. But tell us what diversity means to you. The contest, 20 Images about the Future: Celebrating Diversity in MoCo, kicks off the Planning Department’s fall speaker series. Since we are co-sponsoring our series with the Silver Spring Regional Center, the contest and subsequent presentations will take place at the Silver Spring Civic Building, a beautiful new space in the downtown near Metro. Presentations about diversity are just the type of community event envisioned for this dramatic space. Join us!

Please contact us with questions. Here’s an answer to one. How do you say Pecha Kucha, which means “chit chat” in Japanese?