A lot of attention has been paid recently to parking.  The National Building Museum has an exhibit that closes in a couple of weeks.  Herzog and DeMeuron has their new disco garage in Miami, 1111 Lincoln Road.  Trenton, NJ, has a new scheme afoot.

Last month the International Parking Institute announced their 2010 design awards (bigger pictures available on ArchDaily).  Among the winners is part of the recent expansion of the Towson Town Center Mall north of Baltimore.  And while the street activation there is probably mostly still indoors, the project shows a successful integration of retail and parking.

The primary facade, as it were, holds the corner of Dulaney Valley Road and Fairmount Avenue, on what used to be a surface parking lot. 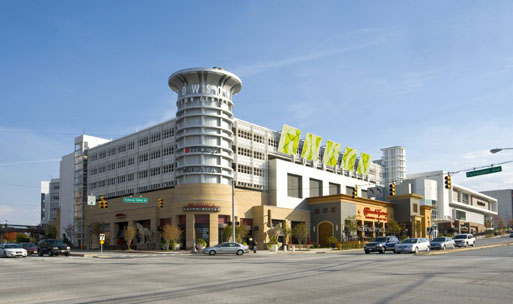 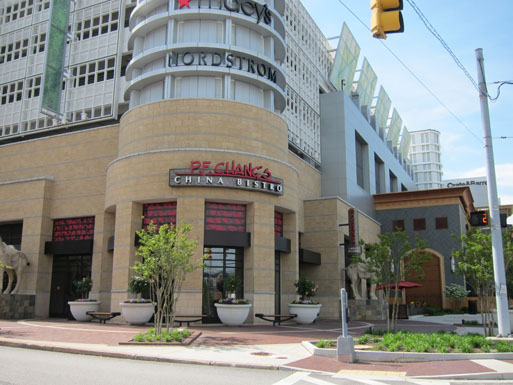 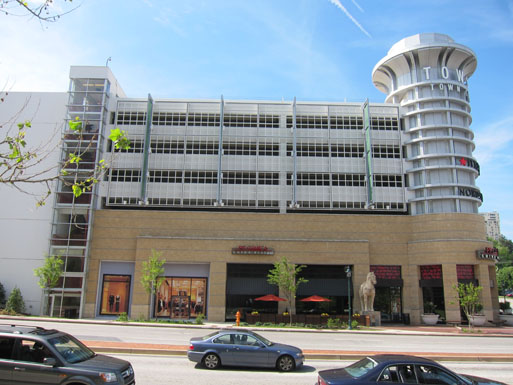 There is a similar treatment on Clarendon Boulevard in Arlington, but the building is not as tall.  One might carp that the discontinuity between the treatment of the base, garage, and tower is somewhat discomfiting (a contrast to Part 2), but the presence of sidewalk dining tables at this busy intersection is certainly a blow against the Automobile Empire by the ragtag Streets Are For People rebellion.

One Response to “Positively Parking (Part 1 of 3)”