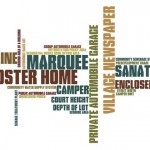 Like most legal documents, the Montgomery County Zoning Code includes a definitions section. But like other parts of our code, this section has also become cluttered and disorganized.

Montgomery’s code includes 25 defined terms that are not used in the text of the code. “Foster home,” “marquee,” and “roof line” all fall into this category; the meaning of each is clear — because they’re defined — but they are never referenced in the code.

At the same time, the code deals with many terms that are not defined. Despite several specific and general categories of retail, the code doesn’t clarify what is included in retail. Other words, for which a definition might be helpful, include “impervious surface,” “Priority Funding Area,” and “streetscape.” 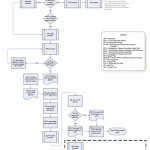 When Montgomery’s first zoning code was enacted in 1928, development procedures were basically limited to an occupancy certificate, building permit, and plat. Today, there are 13 different procedures, some of which are similar (with different names) but are sometimes applicable on a zone by zone basis. Many procedures overlap with other procedures, as well.

The large number of procedures makes it difficult for everyone. It’s difficult for property owners and developers to understand which plans and processes they’re subject to and is difficult for citizens to know when they have the opportunity to participate in the process.

Development in the county is regulated by a set of standards in each zone. These standards regulate everything from height and density to setbacks. They are often very complicated and difficult to understand. Any given development could face up to 60 standards.

Standards also regulate open space. In some zones, this is called “green area,” which is misleading in and of itself, because it can include paved areas and structures. In other zones, this area is variously referred to as “public use space,” “common open space,” and “outside amenity area.” The terminology is inconsistent.

Oftentimes, standards no longer make sense or use outdated methods to achieve an end. For instance, in some residential zones, a requirement exists for a minimum 12-foot side yard setback, and that the sum of the setbacks must total 25 feet.

Some of the requirements, especially different definitions of density for residential and commercial components discourage mixed use. Defining residential uses by units per acre, but commercial development by Floor-Area Ratio (FAR) adds unneeded complexity to the process and does not result in predicable results.

Over the years, Montgomery County’s zoning code has lost its cohesive vision. The tools in our planning toolbox no longer match the critical tasks at hand, which are all the more as the county runs out of greenfield areas to develop.

In the next installment, I’ll discuss the approach we’re taking to write the new code.