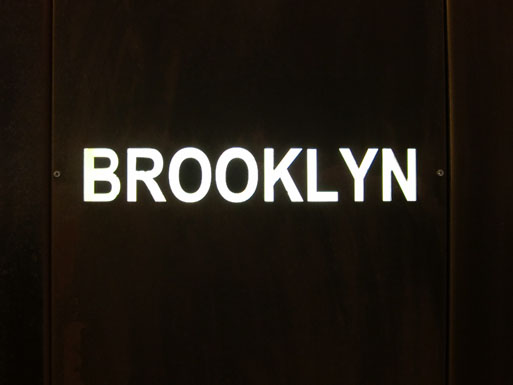 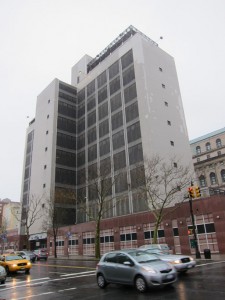 Over the first rainy weekend of Spring Break 2010, lads in tow we trundled up on the Amtrak to spend a few sodden days in Brooklyn.  Having only really been to Brooklyn in a couple of three-hour sittings, we looked forward to digging the scene, as it were.  Our “Nu”Hotel, situated directly across Smith Street from the famous Brooklyn House of D (at left), is on the northern end of the Boerum Hill neighborhood south of downtown Brooklyn.

The streets were lined mainly with older 3-4-story brick walk-up apartment buildings and rowhouses, with ground-floor retail on the north-south Smith Street and Court Street (with the latter moving into the adjacent Cobble Hill). 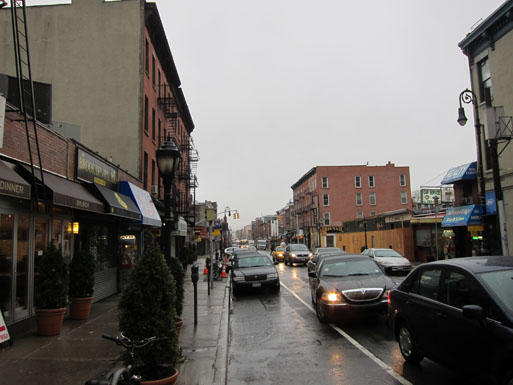 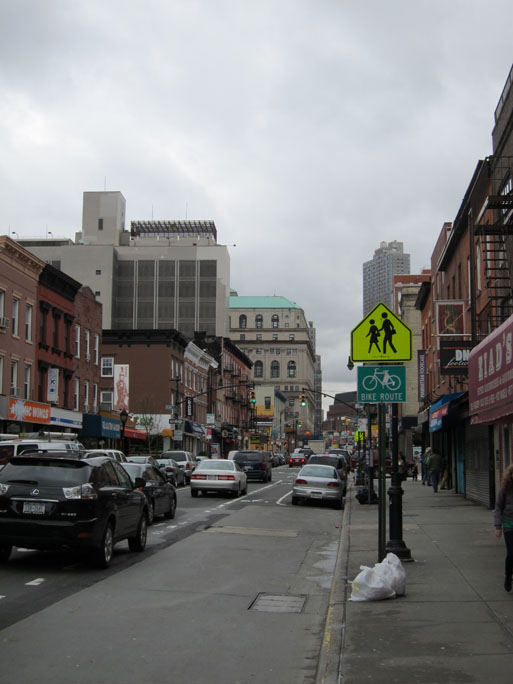 As you would expect, the shops featured a great diversity of items for sale, including several bookstores (new and used) and an array of divine eateries, including the delicatessen Mile End and the most recommendable breakfast of Cafe LULUc (the “c” standing for cash-only, now appearing at many fine eateries about the city). 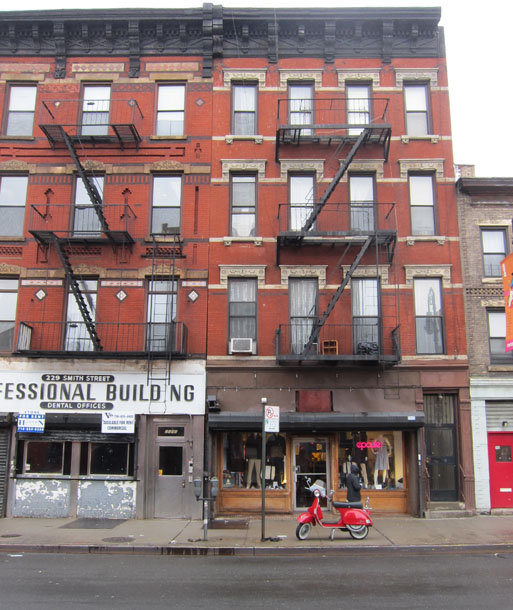 There were a few more recent architectural interventions, but the existing building stock is so good-looking it is challenging for the newbies to stand up to them. 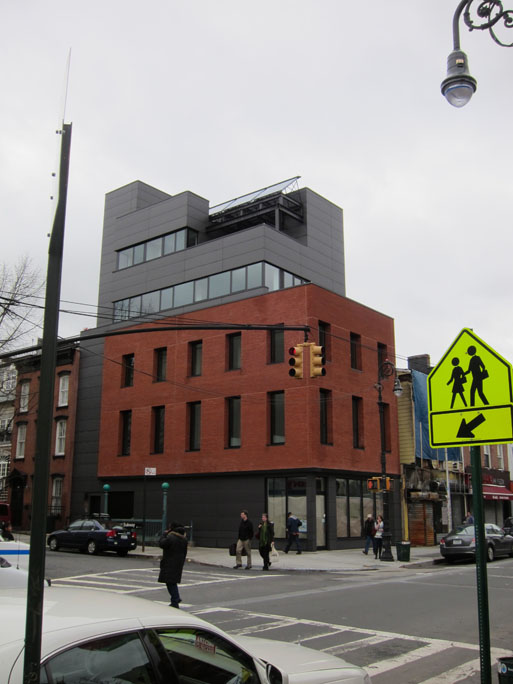 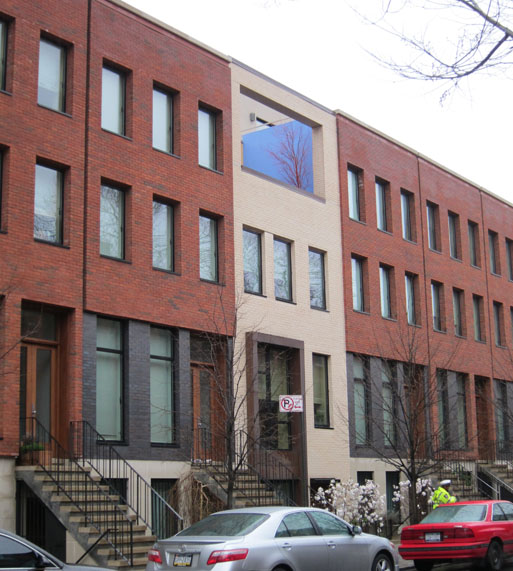 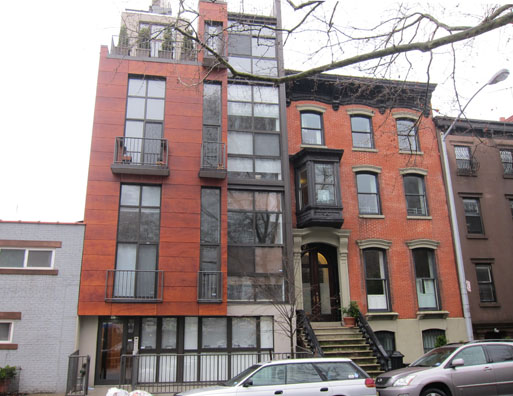