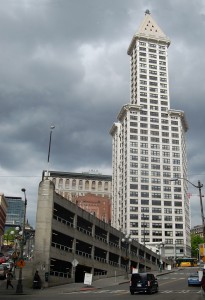 Parking garages aren’t always the most attractive members of built society. If a group of buildings got together for a social event, skyscrapers would be the leggy blonde at the center of attention while parking garages would play the overweight louse, disheveled and stinking of cheap cigars, that foils the attempts of potential suitors. (What, you don’t think about buildings talking to one another?)

Yes, far too often parking garages are the ugly brutes ruining all the fun, occupying whole city blocks, deadening street life, and filling the air with noxious fumes. It’s hardly a coincidence that they are featured most prominently in movies where the threat of evil looms in every shadowy crevice.

Parking structures have experienced a bit of renewed attention recently with the release of Simon Henley’s The Architecture of Cars, the National Building Museum’s House of Cars exhibit, and yes, even our own Claudia Kousoulas’ travels to Miami in search of The Coolest Parking Garage Ever. And while I personally prefer my parking garages as small as possible and underground, if you’re going to build an above ground structure, there are certainly some better ways of going about it. Consider the following examples: 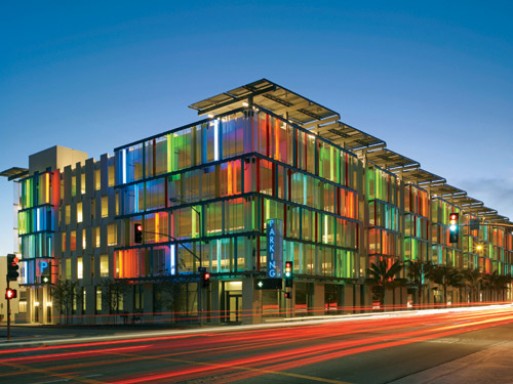 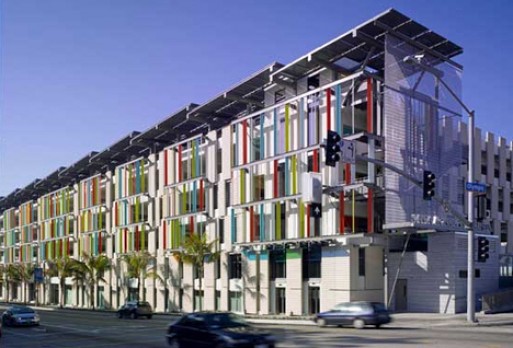 The Santa Monica Civic Center garage is the nation’s first LEED certified parking garage. While I’ve already shared my opinions on the sustainable credentials of auto-centric buildings, suffice to say that this building does all it can to otherwise offset its burden on the environment. The garage, which also includes two floors of office space, is powered entirely by the rooftop photovoltaic panels and employs an energy efficient mechanical system to cut down on waste. Low-VOC paint is used throughout and parts of the facade treatment are made from recyclable materials.

The building’s neon glow is an attractive addition to the street a night. It stands out proudly, rather than employing ill-fitting mimicry of appearing “like a building” that exhibits all the awkwardness and discomfort of our stinking louse in a rented tuxedo.

Sleek. Slender. Sculptural. In the words of Liz Lemon, “I want to go to there.” In fact, I’d be writing this entry from my iPhone – clearly this is a fantasy – while driving to the Veranda Garage if it weren’t in France. Sigh.

Of course, this image has all the trappings of architecture photography. Where are the people? Where’s the humanity?! That’s a fair complaint. It would be nice to see something with the potential of registering a pulse. However, like the Santa Monica garage, the ground floor is dedicated to commercial uses to provide a measure of pedestrian-friendliness. 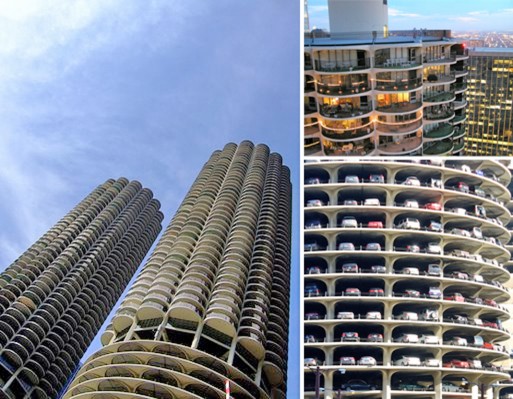 Let’s just go ahead and say it, this won’t happen in Montgomery County. But that’s okay. It probably shouldn’t. The iconic Marina Towers benefit from a unique coalescence of the Chicago River, some pretty high profile neighbors, and a sense that if anywhere would combine a skyscraper and a parking garage , Chicago would probably be the place (one part New York, one part LA). In fact, Chicago is filled with skyscrapers designed with parking thick through their midsections. Rarely does this formula work for the benefit of architecture. But in this one instance, the right elements seem to come together.