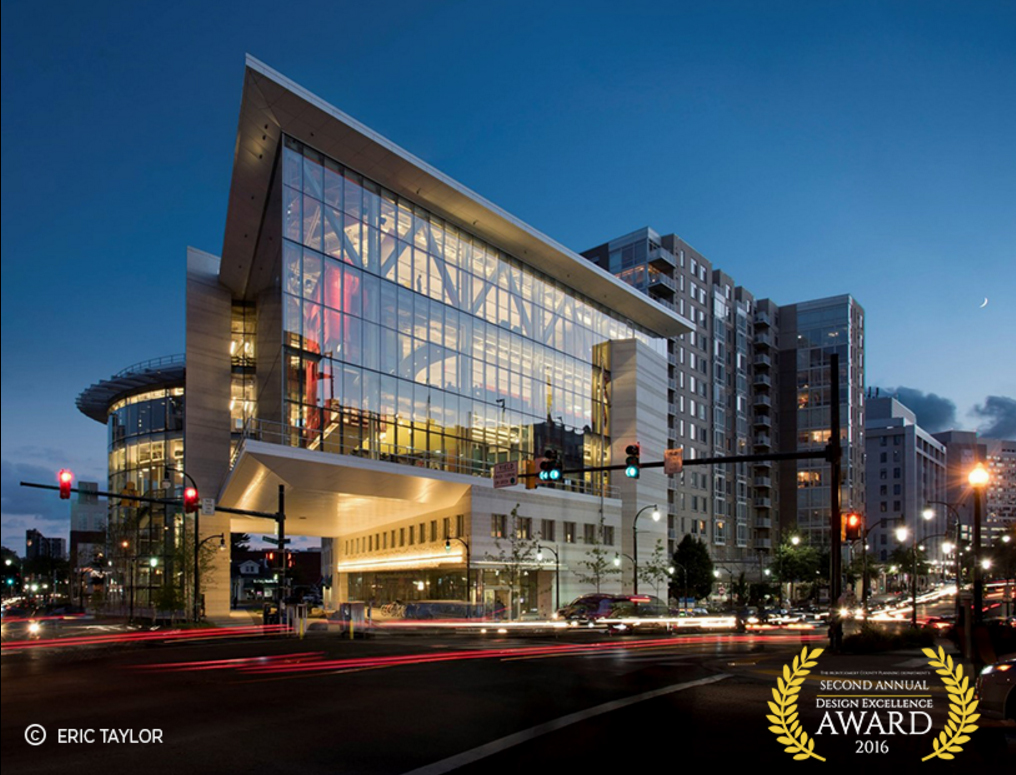 The dynamic image of the Purple Line speeding through the Silver Spring Library site convinced an independent jury to choose that building for the Montgomery County Planning Department’s 2016 Design Excellence Award. “The design makes a statement about the importance of public transportation. It’s a great gift to the community,” said jury chair Yolanda Cole during the awards ceremony on October 20.

This year’s Celebrate Design event, co-sponsored with the Potomac Valley AIA, was held at the Silver Spring Civic Building, just down the street from the new library with its ground-level space reserved for the future light rail station. The first part of the evening program showcased the Design Excellence Award and five jury citations, while the audience of about 200 architects, planners, politicians and design mavens networked and enjoyed refreshments.

Planning Director Gwen Wright remarked on the growing appreciation among developers for streetscape designs that improve neighborhoods. She later introduced speaker Edward Feiner, who related his goals and challenges in launching a design excellence program for federal architecture.

Planning Board Vice Chair Marye Wells-Harley and Yolanda Cole presented the Design Excellence award and citations, all chosen independently from the Planning Department by a four-member jury of architects, developer and landscape architect. Maryland State Senator Brian Feldman, who represents District 15 in western and northern Montgomery County, joined them to congratulate architects Ralph Cunningham and Lee Quill on their winning design for the Sugarloaf Mountain Vineyard.

“How is the wine?” wondered Cole, after summarizing the project as “lovely, understated” and “a respectful response” to an existing barn on the property.

The Music Center at Strathmore was another jury citation winner, noted for being “ahead of its time” in anticipating development next to a Metro station. The cultural venue, designed by William Rawn Associates, was lauded for its concerts, performances and educational programs as much as for its architecture.

Hospitals are rarely inspiring designs, but the jury picked Holy Cross in Germantown, designed by Smith Group JJR, for a citation. Cole praised its “rich composition of forms, proportions and materials” and “forward-thinking partnership with Montgomery College” in sharing the same campus.

The reconfigured outdoor courtyard at the heart of The Crest at Congressional Plaza, a renovation by McInturff Architects, was cited for its “great return on a limited investment.” Cole called the design “small and mighty.”

The presentation concluded with the Lukmire Partnership accepting the Design Excellence Award for the Silver Spring Library, which opened in 2015. “The project expresses civic monumentality through large architectural gestures and integration of public transportation,” said Cole.

This winning project underscores the growing importance of design excellence as urban infill, rather than greenfield development, becomes more prevalent in Montgomery County. Raising the level of design for new building projects in tightly defined locations helps to strengthen communities and meet the changing needs of the county.

The next Design Excellence Award competition is scheduled to be decided in fall 2017. Architects, developers, designers and property owners are invited to enter their best work in Montgomery County. More information about the program is available online. 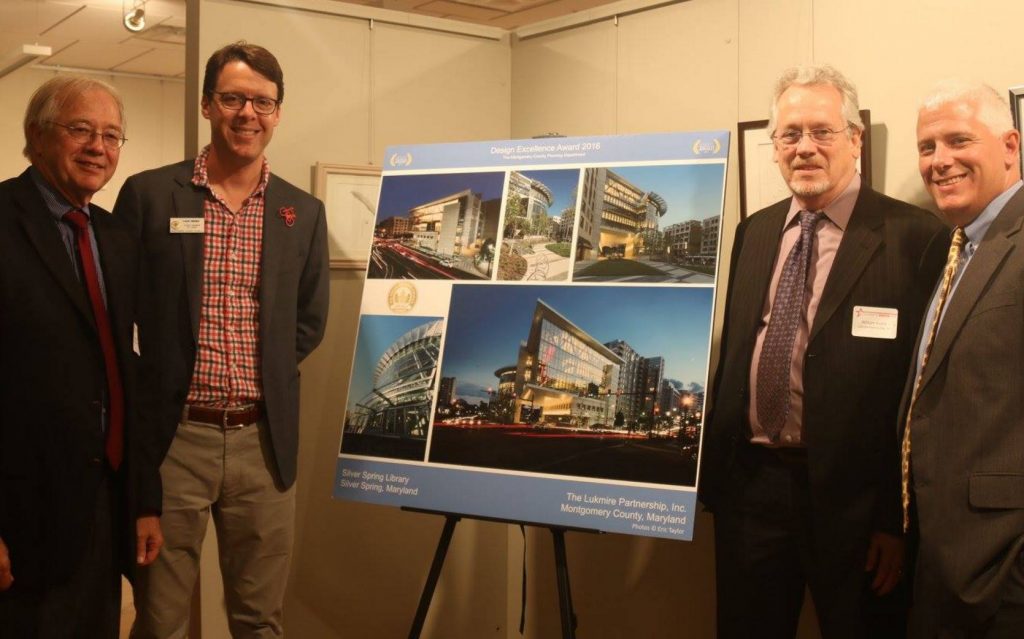 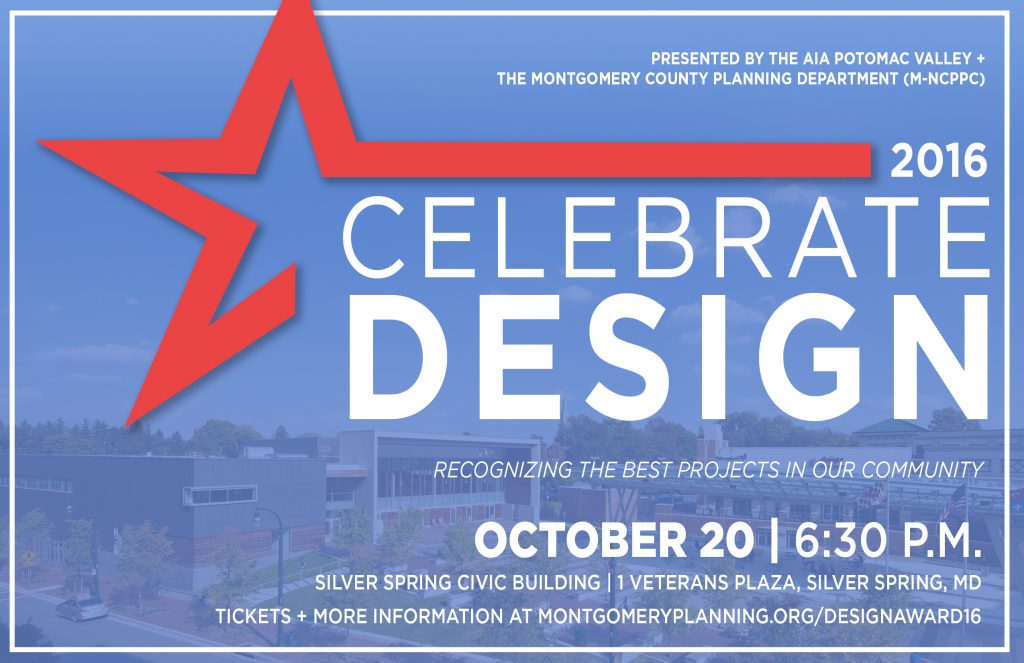 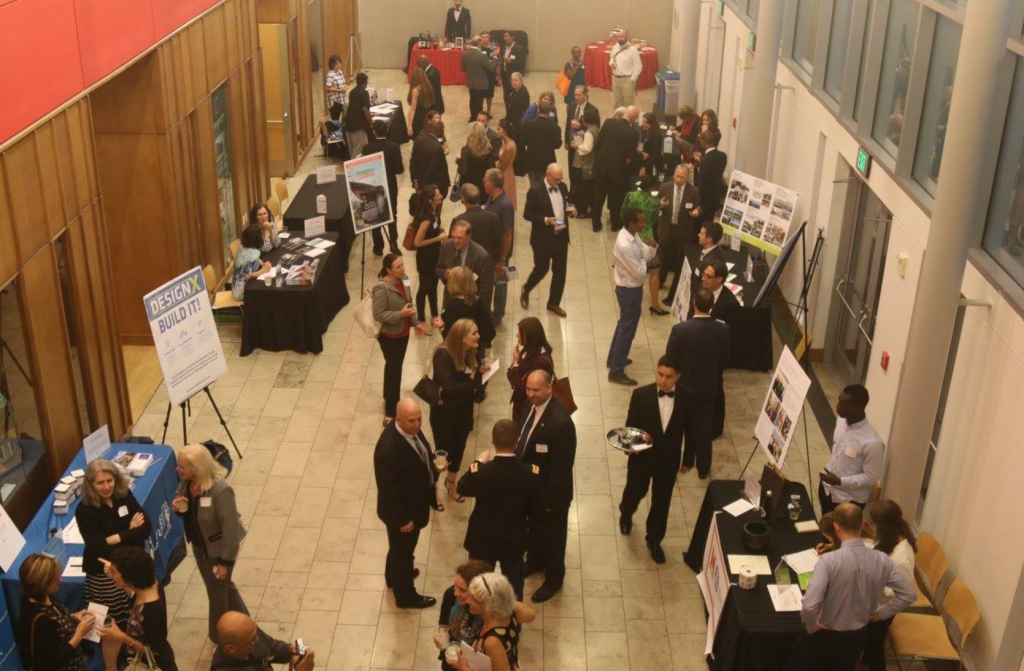 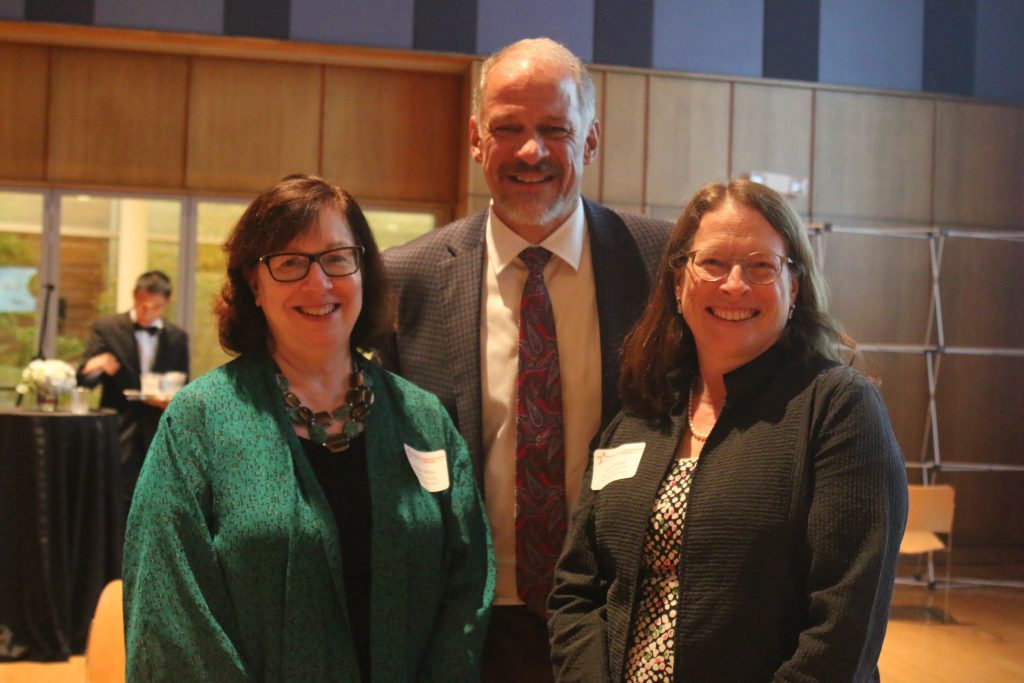 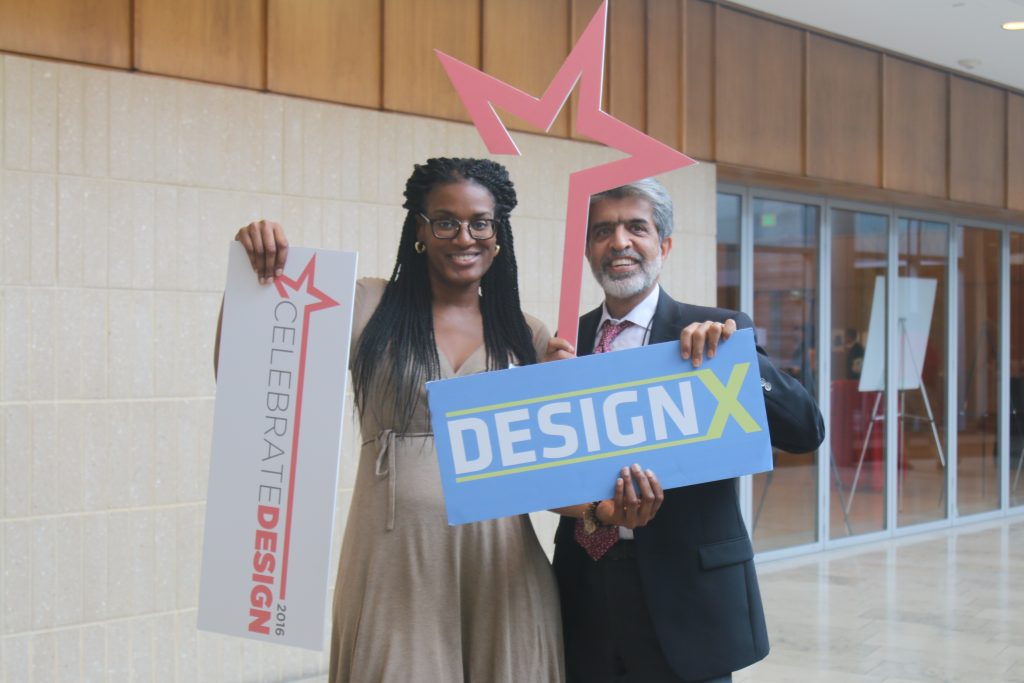 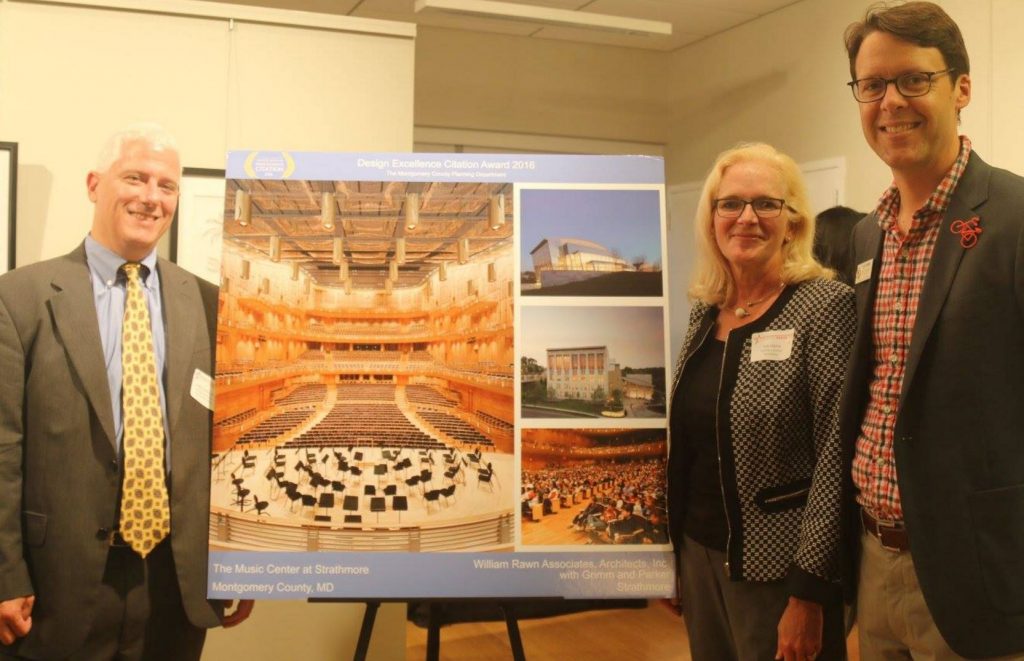 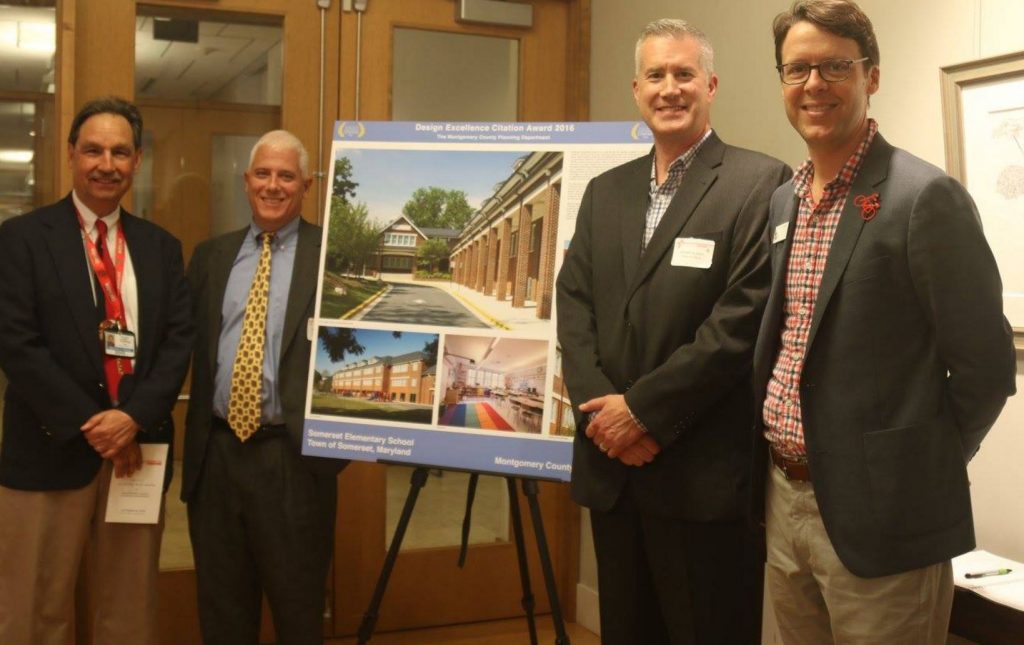 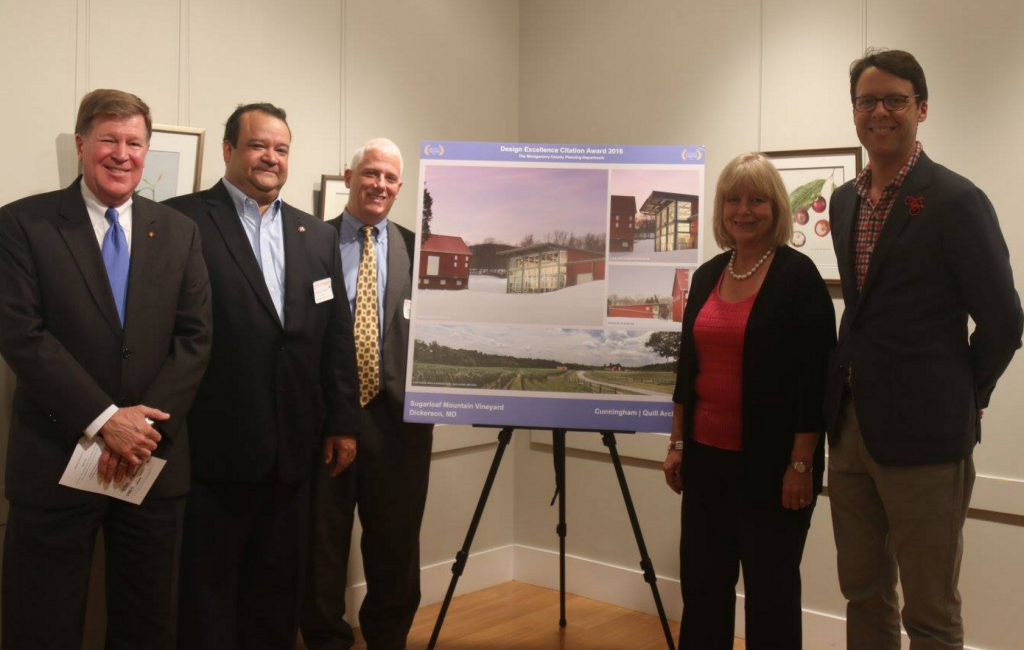 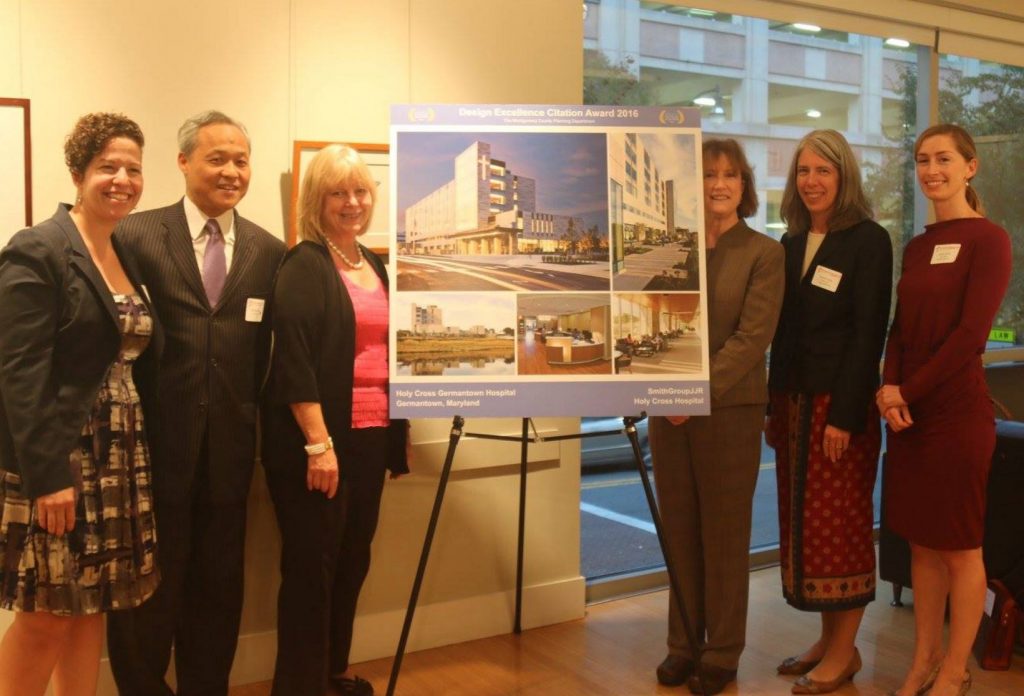