John Joseph Earley was a local artisan who was an innovator of colorful concrete mosaic and a pioneer in prefabricated concrete construction. Earley implemented his earliest projects in Montgomery County and the Washington, DC region before this master craftsman’s work gained nationwide interest. [Note: see below for information about a tour of two of Earley’s DC projects.] 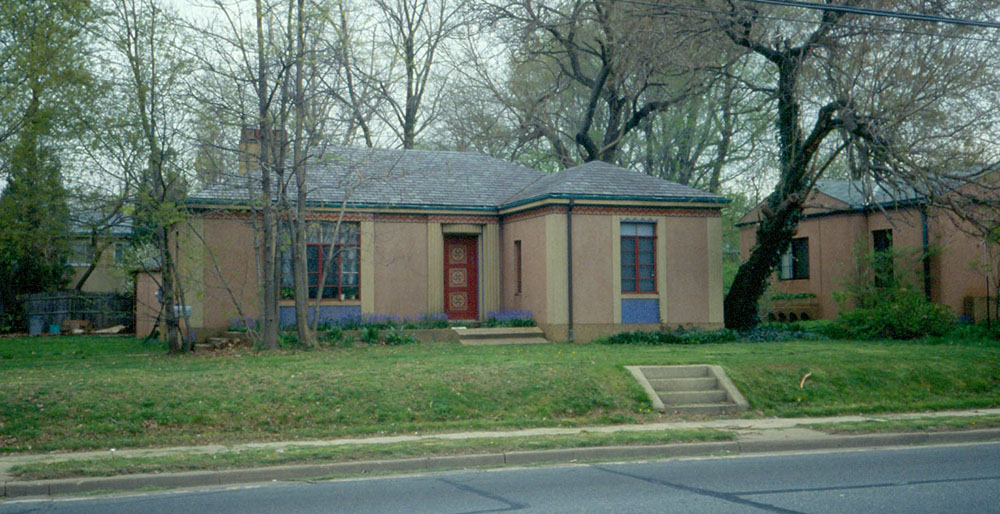 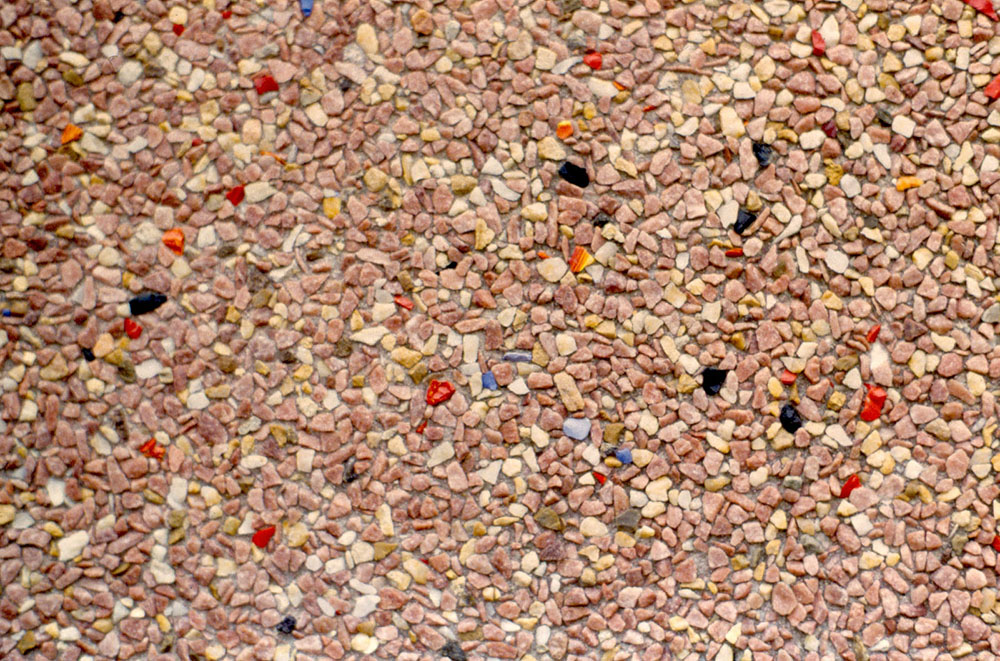 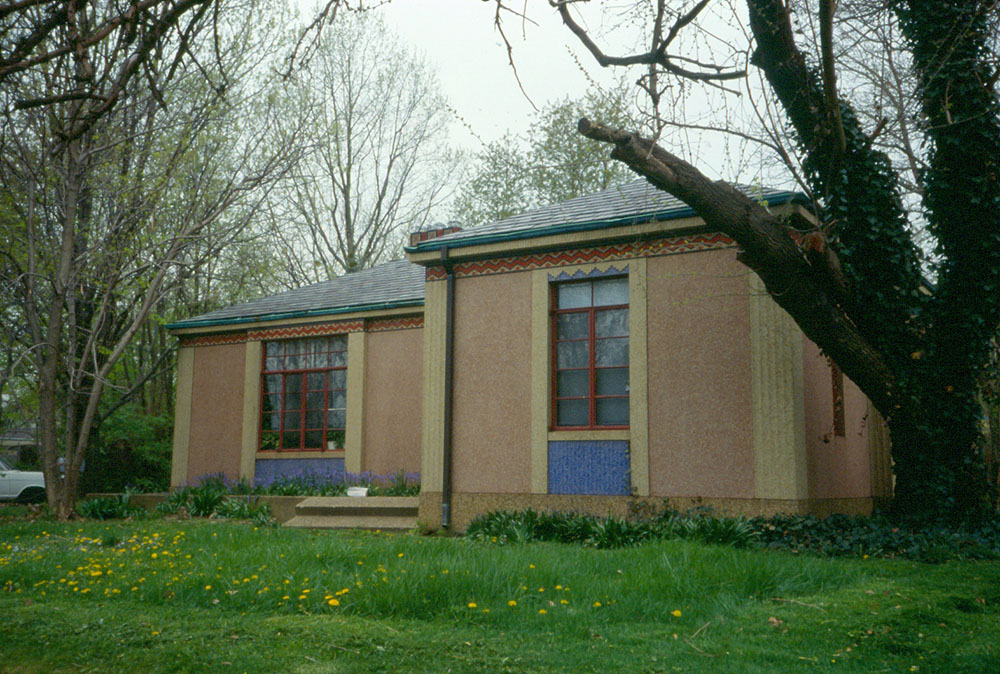 For this Colesville Road house, main panels are colored with pink-rose Oklahoma jasperite; pillars are of gray Potomac River gravel; under window panels are crushed cobalt glass; and the main frieze is crushed glass of red, black and gold. 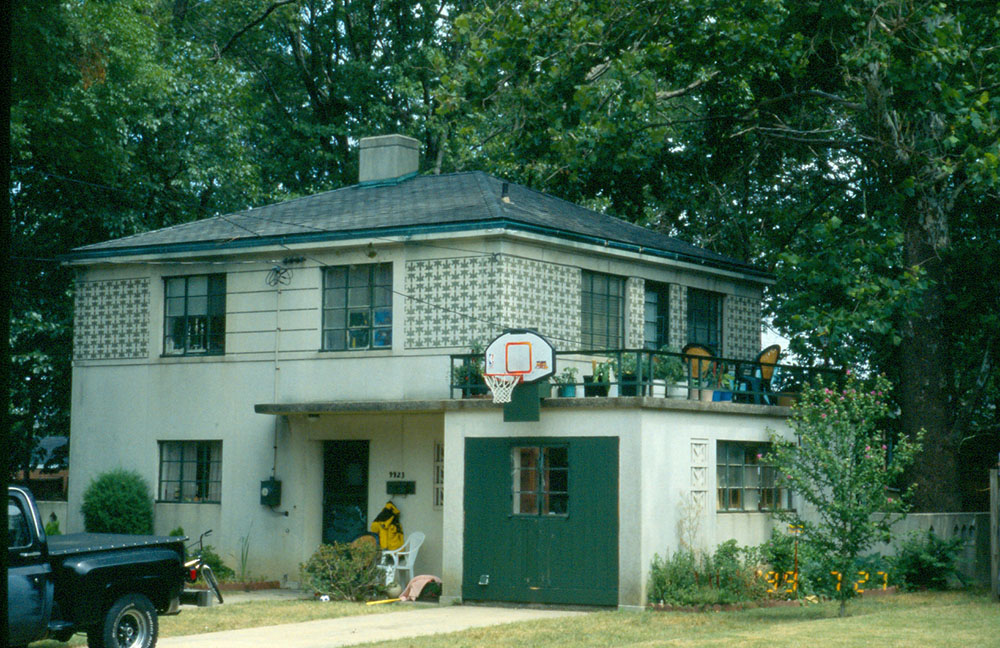 Two-story houses on Sutherland Drive feature colorful patterned panels. These larger houses were early proof to skeptics of the suitability of this construction method for larger scale buildings.

Born in New York City, Earley moved to Washington, DC, as a boy and studied at St. John’s College. A fifth-generation stone carver, Earley developed the “Earley Process,” which became the basis for modern concrete panel construction. Though Earley died in 1945, his studio continued to operate, producing cast concrete panels and decorative mosaics until it closed in 1973. 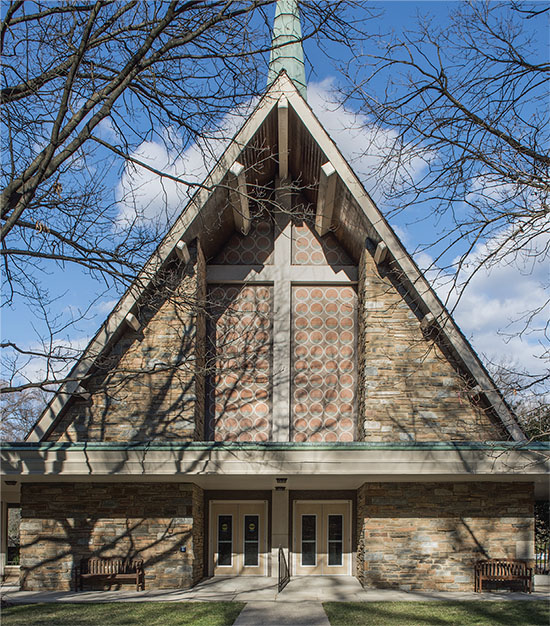 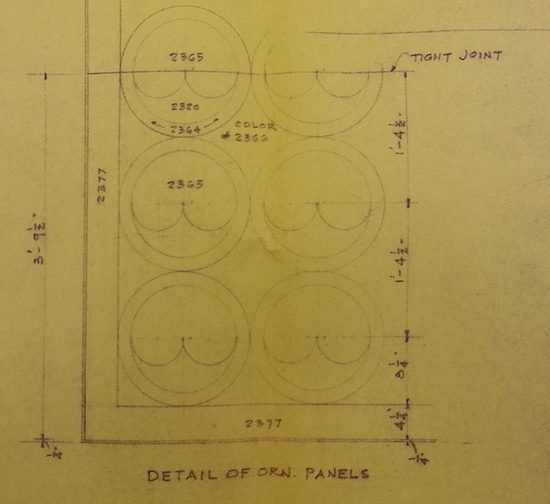 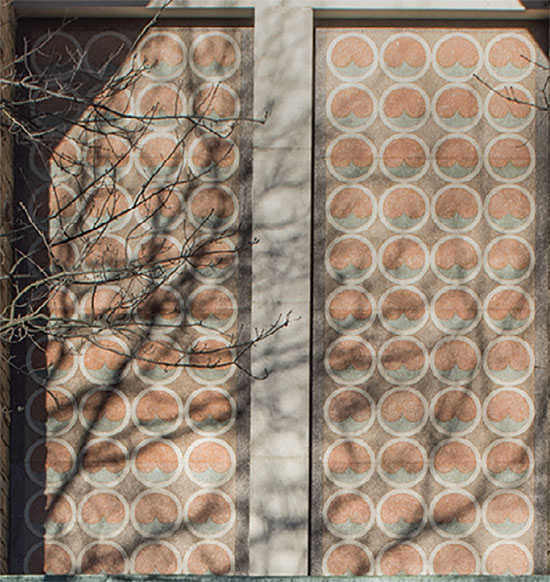 The Association for Preservation Technology and the DC Preservation League are sponsoring a tour of John J. Earley’s first projects in Washington, DC: the Shrine of the Sacred Heart (1922) and Meridian Hill Park (1914-1940) on Saturday, June 18, 2016.