The current photos in this post were taken May 21, 2014. Exactly 54 years earlier, the Washington Post published Thomen and Cromar’s proposed scheme for 911 Silver Spring Ave.

The rendering has a strong geometric outline that was popular in the county for architectural designs in the late 1950s.  As built, the final design has a strong vertical pylon that had become popular by 1960.  Visual interest comes from a variety of wall surfaces of stone, concrete, and brick.  The pylon, bearing lettering with the building name, is sheathed with thin bands of ashlar stone. 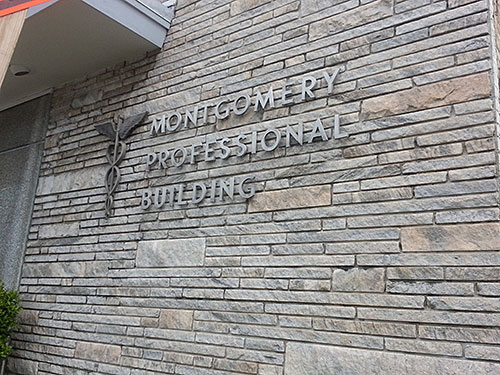 To the left of the entrance, walls are sheathed with textured panels.  The material appears to be Tecfab panels.  Charles Goodman designed Tecfab panels which were manufactured in Greenbelt and are found on churches, schools and commercial buildings through the region.  For more on Tecfab panels, see my research report on the Georgia Avenue Baptist Church of Glenmont. 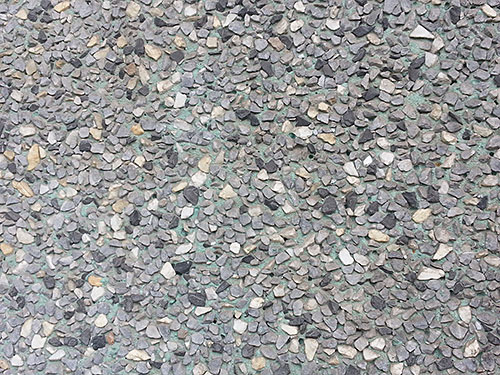 Extending out from the entrance, in front of the Tecfab panel facade, are low walls of concrete screen blocks that have a lively geometric pattern. 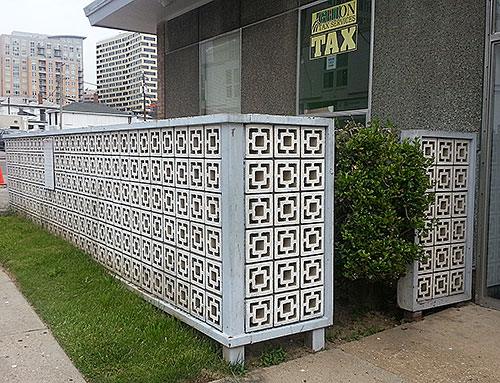 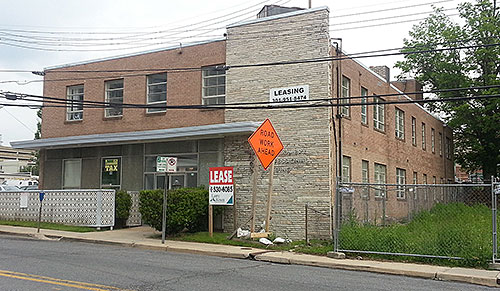 Thomen and Cromar were local architects.  So local in fact their office was directly behind the Montgomery Professional Building. Thomen and Cromar had designed their own office building at 912 Thayer Avenue the previous year (1959).  Other projects the firm designed include Regent House (1958) Cleveland Park; Channel House (1960) Foggy Bottom, now the George Washington University Inn; and Kenwood House (1960) Chevy Chase.

Jerry McCoy of the Silver Spring Historical Society sends us this photo with the architect’s signature brick on the front façade of this building.  Thanks Jerry! 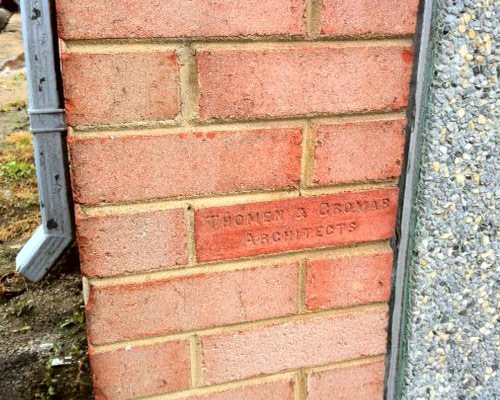