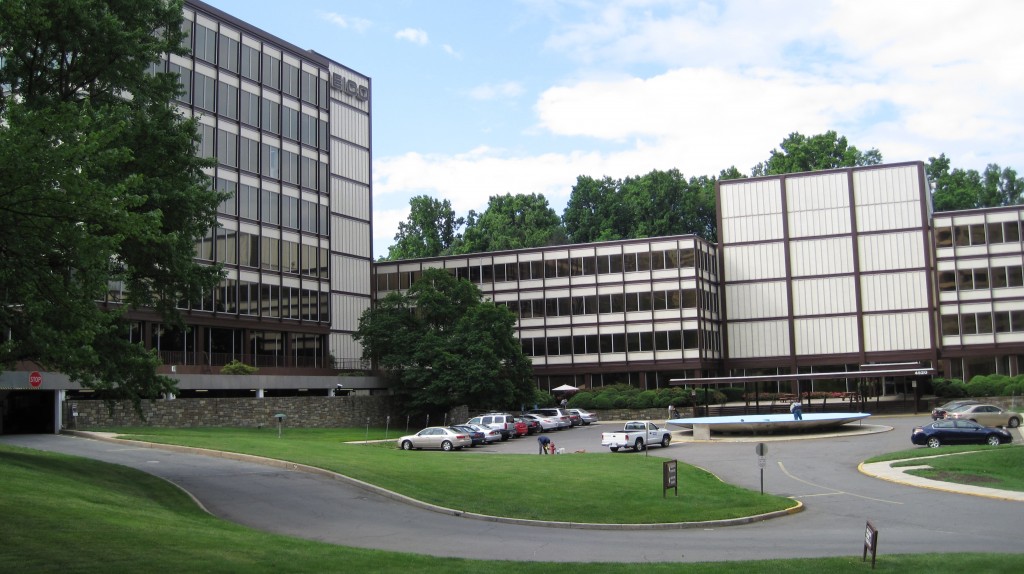 Architect Vincent Kling of Philadelphia worked for Skidmore Owings & Merrill before establishing his own firm in 1946. His expertise was in research labs and commercial space. As he designed the GEICO building, he was engaged in creating, with Edmund Bacon, the master plan for Penn Center, Philadelphia, with the goal of bringing the middle class back to the city.  Kling designed Penn Center’s major buildings and civic spaces. 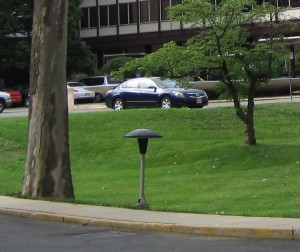 The Government Employees Insurance Company was founded in 1936. Presiding over the opening of new GEICO headquarters building in Chevy Chase was investment banker Lorimer Davidson, who became Chairman and CEO in 1958.